Times have changed since Aesop told us the tortoise beat the hare in circa 500BC. Today, particularly in technology, it is a race to push out products and services as fast as possible… public betas… fix it with firmware… patch, patch, patch. And yet Aesop’s moral of ‘less haste more speed’ is due a comeback because 4G slowcoach Three seems like the best bet for 4G.

So what makes Three the fabled tortoise? As by far the smallest UK telco it is an obvious underdog, but it is also slow off the mark with the company announcing this week that it will not launch its 4G service until December. By contrast 4G services from O2 and Vodafone went live on Thursday and UK market leader EE switch on 4G in October 2012. 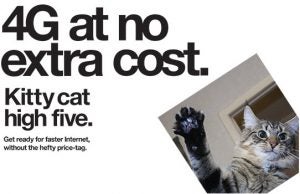 But what really makes Three the tortoise is its smart strategy. The most appealing part is the pricing. Three won’t charge customers a premium for using 4G and it won’t be changing its tariffs, its 3G tariffs are its 4G tariffs.

Customers with 4G compatible phones will get a small network software update when 4G goes live and off they go – no new contracts and unlimited data and tethering options remain. By contrast EE, O2 and Vodafone have all significantly upped the cost of 4G services and introduced a boggling array of new tariffs.

So far price is proving a major obstacle to 4G adoption with EE signing up just 500,000 customers in its first 7 months from a 23 million subscriber base.

Of course customers may be prepared to wait for these cost savings, but they won’t wait forever. EE has now launched 4G services in over 100 towns and cities giving it a major advantage. That said Three’s launch areas of London, Manchester and Birmingham are arguably more appealing than O2 (London, Leeds, Bradford) and Vodafone (London only) and more widely distributed. Meanwhile, Three claims it will cover 98 per cent of the population with 4G by the end of 2015.

Unpicking the frequencies
This issue of coverage is also vital to Three’s 3G-only network, which is currently badly affected by restriction to the 2100MHz band. Our guide to 4G frequencies is available here, but in short: the higher the band the faster its potential speed but the lower its range and worse its ability to penetrate solid objects like walls.

This limitation has dogged Three since it launched in the UK over 10 years ago, but with February’s 4G auction it made a beeline for the 800MHz spectrum – the lowest frequency available for 4G – which will finally give it parity with EE, O2 and Vodafone.

Three didn’t get any of the blazing fast, short-range 2600MHz frequency (arguably that isn’t needed for the size of its customer base), but it also got a large slice of 1800MHz (the best all-rounder) from EE for a capped price (£425m) as part of the deal that let the Orange/T-Mobile tie-up launch 4G services early in the first place. The result is Three should have a price advantage without its historical range and indoor coverage compromises.

Furthermore, with the only truly unlimited 4G data plans, Three also has a potentially major benefit of appealing to rural customers who can replace their typically slow fixed line broadband with a single MiFi subscription or phone subscription that includes tethering.

The best deals at the wrong time 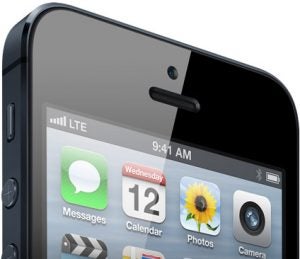 The only serious problem with opting for Three for a 4G phone or contract is its tardiness. It may hold a clear pricing advantage, but Vodafone and O2 are more competitive than EE when it launched with the 4G marketplace all to itself, while EE has also subsequently revised prices.

Furthermore this trio all have their 4G services in place just in time for some of the most appealing handset launches of the year. The iPhone 5S and 5C are expected to launch in September, the same time as Samsung is expected to announce the Galaxy Note 3 and HTC formally unveil the One Max. LG will also release the G2 in September and there’s the little matter of October’s predicted Nexus 5 reveal.

The temptation to grab a shiny new handset with 4G from the off with be strong and the contracts will be long. While Three seems like the best deal on paper, it does mean waiting a few months. I think it’s worth waiting, but anyone buying the latest iPhone probably won’t agree or even consider it.

It’s worth waiting
But if you have the patience, it’s still worth waiting. While its customer call centres still need work, its value is underlined by the recent move to begin scrapping European roaming fees (initially in the Republic of Ireland, Australia, Italy, Austria, Hong Kong, Sweden and Denmark) 11 months ahead of the EU deadline – an atypical consumer friendly move for a telco.

Moreover, while its 4G lags behind somewhat, its shiny new DC-HSDPA 3G network (with theoretical speeds up to 42.2Mbps) means many can enjoy 4G-like speeds while they wait for the real thing – it should become faster when 4G comes online, too.

None of which is likely to see Three move from its position as the UK’s smallest mobile network, but then again like the tortoise a route to success has only opened up because of the overconfidence and complacency of rivals. And this is one occasion where supporting the underdog is not just a romantic choice, it’s the sensible choice, too.