When TrustedReviews was invited to the launch of Thorpe Park’s new flagship experience, Derren Brown’s Ghost Train, our Wearables and Fitness Editor Richard Easton leapt at the chance. Here’s what he found out.

I’ve always loved a good roller coaster to get my heart racing. Ever since I was a child too short to go on Oblivion at Alton Towers, I’ve been enamoured of their gigantic constructions and scintillating speed. But the real bonus about being invited to test the Ghost Train was that the event was after regular park hours, so there would be shorter lines and (hopefully) fewer temper tantrums. Not only would I get to try out the intriguing Ghost Train, but a handful of Thorpe Park’s other rides would also be open, too. Result.

I just so happened to be testing the MyZone MZ-3 heart-rate monitor at the time. So what better way to test whether Derren Brown’s Ghost Train was really as terrifying as the marketing promised than by tracking exactly how fast it made my ticker tock? I could also see just what all those G forces were doing for my cardiac health on Thorpe Park’s other roller coasters.  I wore the chest strap the entire time I was at the park and took note of what time I went on each ride to then compare against the findings at the end of the night.

According to the MZ-3, I burned 658 calories during the two and a half hours spent at the park, which frankly might not be the most accurate estimate. Still, considering all the walking you have to do to get between rides and to meander through the endless winding queueing tracks, perhaps theme parks are still a reasonable workout.

Related: Tech has made personal trainers redundant – here’s why 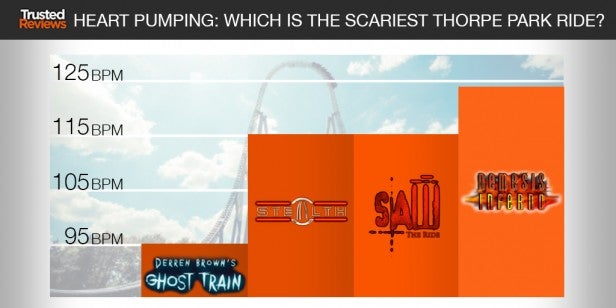 Rush can probably be best described as an adult swing (no, not that kind of adult swing). Two separate arms gradually build up speed and height, resulting in a top speed of 50mph and a height of 23m. My heart rate rose to a mere 48%. I actually found Rush surprisingly relaxing, as it gave me a great view of the rest of the park with some wind in my hair. Not exactly Thorpe Park’s most exhilarating ride. 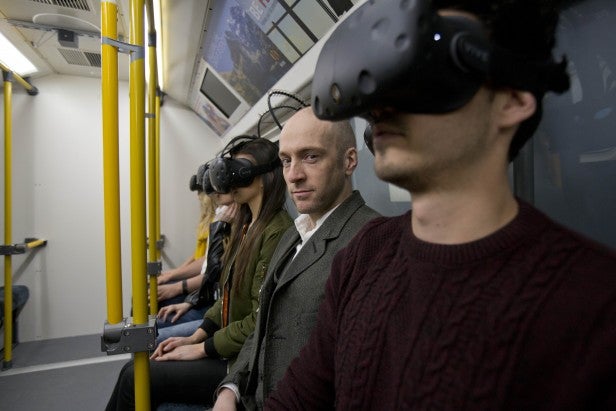 Thorpe Park’s biggest new attraction, three years in the making and the main reason we were at Thorpe Park. I’ll refrain from spoiling too much of what you can actually expect from Derren Brown’s Ghost Train experience. After all, a holographic Derren Brown explicitly told me not to discuss the details, lest I ruin it for everyone else – although perhaps that itself was a spoiler.

The HTC Vive is at the heart of the whole experience, transporting you to an alternate reality. Live actors also help with the immersion and really get you in the mood for the Ghost Train, as well as providing a few of the scares. The train at its hub is modelled on an old Victorian train carriage, suspended in a large warehouse. All manner of hydraulics and motors are used to make the train feel like it’s moving. That’s perhaps the Ghost Train’s greatest illusion.

Maybe I’m just not susceptible to the type of experience on offer with Derren Brown’s Ghost Train. . The MZ-3 only spiked at 49% of my maximum heart rate, dipping as low as 38% between set pieces as I was ushered around the 13-minute-long experience.

As this was a preview night, the queues were considerably shorter than what you can expect in the height of the summer holidays, although still a good half-hour long. That thought alone is a considerably more terrifying prospect than the ride itself. 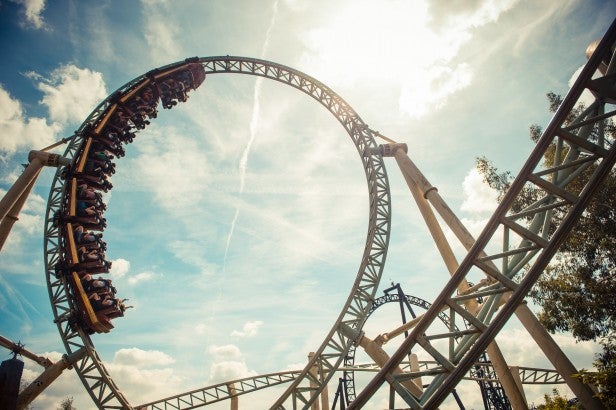 With 10 gut-wrenching inversions, Colossus long held the world record for the most of these on a single coaster, until Alton Towers’ The Smiler came out packing 14 inversions in 2013. Riders experience vertical loops, cobra rolls, double corkscrews and even a quadruple barrel roll during the intense ride. My heart rate jumped to 52% of its maximum.

Colossus has always been one of my favourite rides at Thorpe Park, just for the sheer lunacy of how violently you’re thrown around. After all, it’s always fun exiting a ride feeling like your brain has been put through a centrifuge. 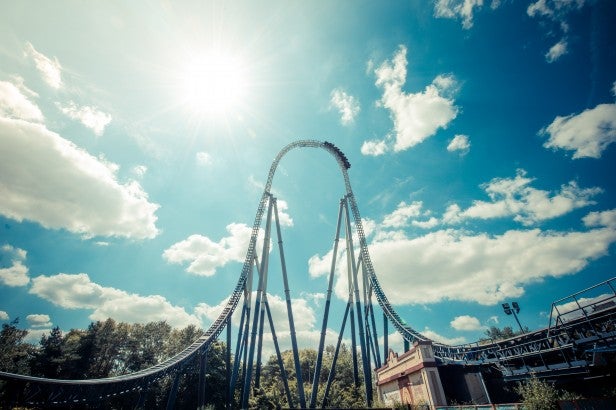 There’s nothing quite like the feeling of nervous anxiety before the ride shoots off from its standing start. This accelerator ride goes from 0-80mph in just 1.2 seconds and immediately subjects you to a massive dip. You’ll feel upwards of 4.5 times the force of gravity after its rapid descent from 62.5m up in the air.

Stealth managed to get my heart rate up to 60% of its maximum, which is impressive considering it’s one of the shorter rides at Thorpe Park. 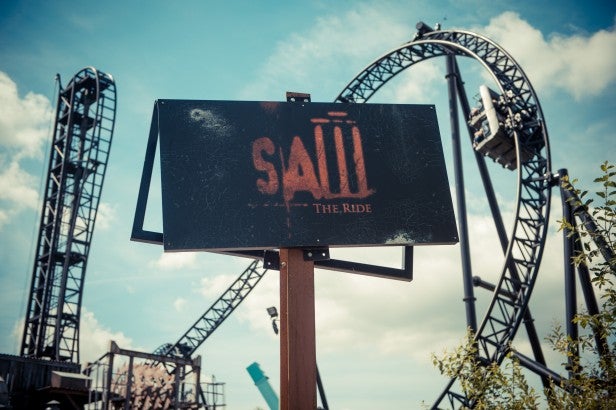 While Saw – The Ride is a movie-themed roller coaster, Frozen Ever After it most certainly is not. The Saw movie tie-in can be described as loose at best, but the ride itself is a real thriller. Featuring a 100ft drop, it’s probably best avoided if you have vertigo. And if you’re scared of creepy puppets, it might be a good idea to give this ride a miss, too. Whether it was the 100ft drop or the sight of the Billy puppet from the Saw films, something caused my heart rate to jump to 62% of its maximum, which is no small feat.

It still wasn’t enough to quite claim the crown for Saw – The Ride, however…

This 95ft-tall, 750m-long roller coaster reaches a top speed of 48mph. Riders are subjected to 4.5 times the force of gravity during the ride, which lasts around two minutes. During that time you experience loops, rolls and corkscrews as you’re thrown around with sheer ferocity. All of this combined to make my heart rate leap to 64% of its maximum – equivalent to 124bpm – for the highest recording of the night.

If you’re looking for the most thrilling ride at Thorpe Park, tech has proven that Nemesis Inferno is the one to really get your heart racing and your stomach churning.

What’s your favourite theme park ride ever? Or would you rather just play RollerCoaster Tycoon instead? Let us know in the comments below.