Opinion: The advent of 4K and HDR has reignited the the debate about HDMI cables and created new opportunities to rip people off. John Archer, who probably uses more HDMI cables than any other man alive, explains the ungodly mess.

It took me just a few seconds of internet searching to uncover this incredible ‘deal’, making me think there could be even more expensive specimens out there for people who really want to push the boat out.

Clearly no sane person would pay so much for a cable – even when the offer includes ‘free reusable cable ties’! But that’s the world of HDMI cables for you. It’s complicated, and as our own Brett Phipps reveals in his piece, some retailers are only too happy to exploit this confusion.

It doesn’t help matters when the HDMI Licensing group, which controls the development and application of HDMI connections, dreams up new certifications like HDMI Premium, well intentioned as they may be.

So do badges on HDMI cables saying ‘Premium Certified’, ‘Category 2’ or ‘High Speed’ really mean anything? Or are they all just an elaborate smoke screen designed to hide the fact that all HDMI cables are actually more or less the same?

Let me try and unpick this mess for you.

Needless complexity… or how we got where we are now

HDMI was born to replace the clunky old analogue SCART connection (remember those?!) with something suited to the new digital age.

As with all things digital, though, it needs to evolve to keep up with the rapid pace of change.

The arrival of native 4K sources and displays has been particularly traumatic for the humble HDMI, and cable manufacturers have seized on this constant shifting in HDMI connection spec, giving them a reason to say that you need to spend more on your HDMI cable to handle all that extra data.

The new HDMI Premium certification only gives them more ammunition to confuse consumers with. And, having tested a few hundred TVs in my time, most people don’t need to spend big on cables.

No difference in quality, only reliability

I’ve used a lot of different cables in my work as a TV reviewer and I’ve never seen a discernible difference in picture quality between cheap HDMI cables and really expensive ones.

What I have seen, however, is some cheap cables fail to deliver a signal at all between a source and a display. In other words, while I’m seriously unconvinced that pricey HDMIs can improve picture and sound quality, it is possible for some HDMI cables to just not deliver enough digital information to enable a display to actually produce a picture at all.

With this in mind there is one basic level of HDMI cable specification it is actually worth trying to make sure you get. High Speed ‘Category 2’ HDMIs deliver 4K (especially 4K with frame rates higher than 30fps) much more consistently than standard ‘Category 1’ cables.

However, Category 2 cables are everywhere these days, and don’t have to be expensive at all. A quick search on Amazon reveals that two metre Category 2 cables can cost as little as £5. And any of these should do as good a job of carrying 4K digital signals as ultra-expensive versions.

The only exception to this rule is when you need a cable longer than five metres, such as when using a projector.

The reasons for this are pretty straightforward. While the best quality HDMI cables won’t boost picture or sound quality, they do reduce signal loss and interference. So a genuinely well-made premium cable should do a better job of ensuring all the necessary digital zeroes and ones survive a long cable journey.

I have myself experienced a number of cheap 10-metre HDMI cables failing to deliver a 4K video signal successfully, even though they worked fine with HD.

To be clear, I have also used cheap 10-metre Category 2 HDMIs that do retain 4K signals, so I’m not saying you have to spend more on long cable run HDMIs. It’s just that a cheap long HDMI cable is slightly more likely to let you down than a more expensive one.

High-end cable manufacturers suggest, too, that the better screening in their cables reduces the potential for electrical interference with other devices in your home. But I’ve never seen any real world evidence to support these claims.

What I have seen is the way ‘superior’ HDMI cable build quality can actually create more problems than it solves. I’ve experienced numerous issues with high-grade HDMI cables being both too inflexible and too heavy to sit comfortably into the HDMI slots of TVs and projectors.

As a result, the majority of the HDMI cable breakages I’ve experienced over the years have involved relatively high-end cables rather than bog-standard budget samples.

What is HDMI Premium and does it even matter?

In light of everything I’ve just covered, you may be wondering if the HDMI Licensing group’s recently introduced Premium Certified ‘standard’ represents anything significant.

The idea is that HDMI cables that carry the genuine Premium Certified badge have passed stringent certification tests developed to ensure they’re capable of carrying the maximum 18Gbps data bandwidth currently supported by the HDMI 2.0 standard.

Reassuring though this sounds, Premium certification is not mandatory in any way. It’s just something a cable manufacturer can seek if they want to give purchasers of their cables potentially a little extra peace of mind.

In other words, while the makers of high-end HDMI cables are more likely to seek the certification to help justify the cost of their wares, it’s perfectly possible for an affordable cable that doesn’t carry the Premium Certified badge to handle 18Gbps data flows.

This is why a search for HDMI cables to buy now brings up ever more complicated cable descriptions containing words like 18Gbps and HDMI 2.0 (4K) ready. What these heavily described cables are basically trying to let you know is that they meet the Premium Certified spec, but haven’t spent the money to get the certification process done – and I’ve seen 3m cables that fit the bill going for as little as £5.99.

So is the HDMI Licensing group essentially colluding with some parts of the HDMI cabling world to rip off unwary consumers? I don’t think so. To me it feels more like a well-intentioned but ultimately confusing bit of ‘arse covering’ – an effort to alert consumers to the fact that HDMI has moved on as a standard, and that as a result not every single HDMI cable out there in the world will be able to handle those changes.

But the bottom line remains the same: with the possible exception of people who need extremely long cable runs, a little research will secure you a £5 cable that delivers the exact same picture quality as one costing tens, hundreds or even thousands of pounds more. Like this one from Amazon, for example.

If you have a 4K TV without any HDR capabilities, any high-speed cable promising 4K support should be good enough. If you have a high-spec HDR-capable TV, look for cables that promise 18Gbps support to be safe. That’s it.

In the extremely unlikely event that your cheap and cheerful HDMI cable really doesn’t work in your set up, you can always just return it as unfit for purpose and try another still-affordable brand.

Aside from that, the biggest difficulty you’re likely to come across after buying an affordable HDMI cable is which Ultra HD Blu-rays you’re going to buy with all that money you saved. 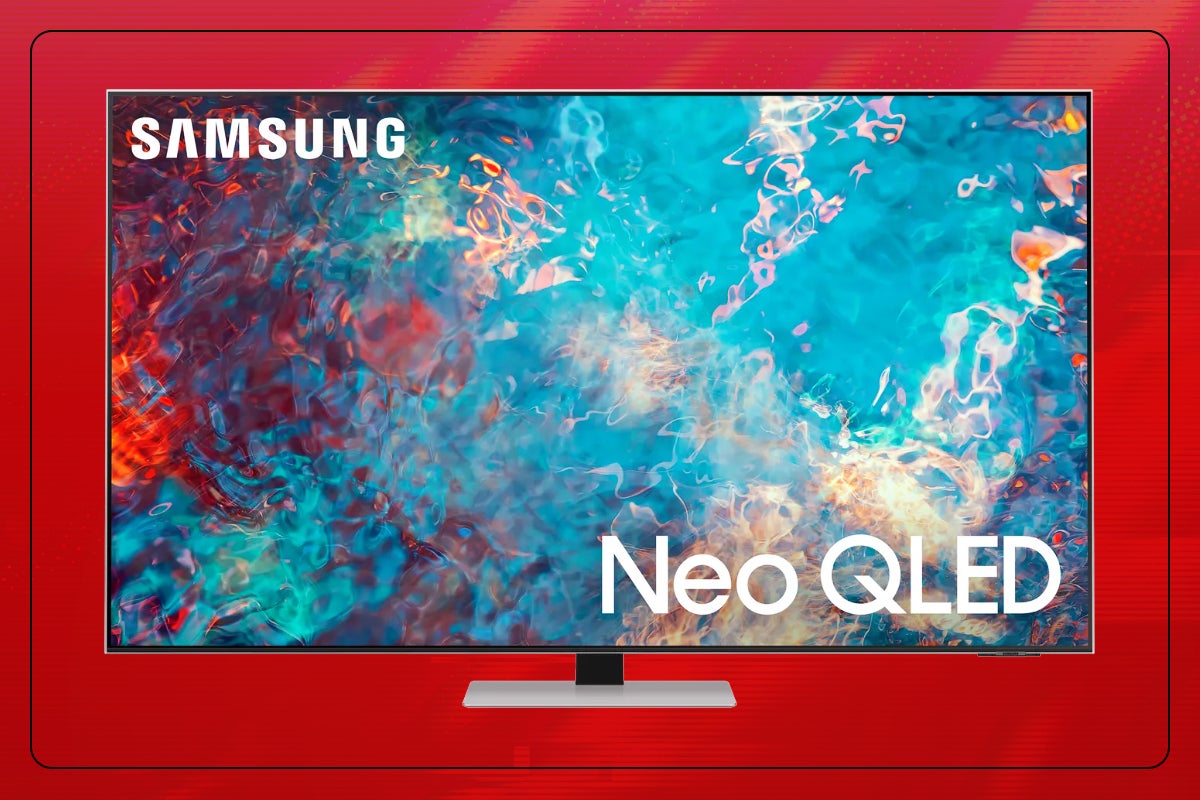 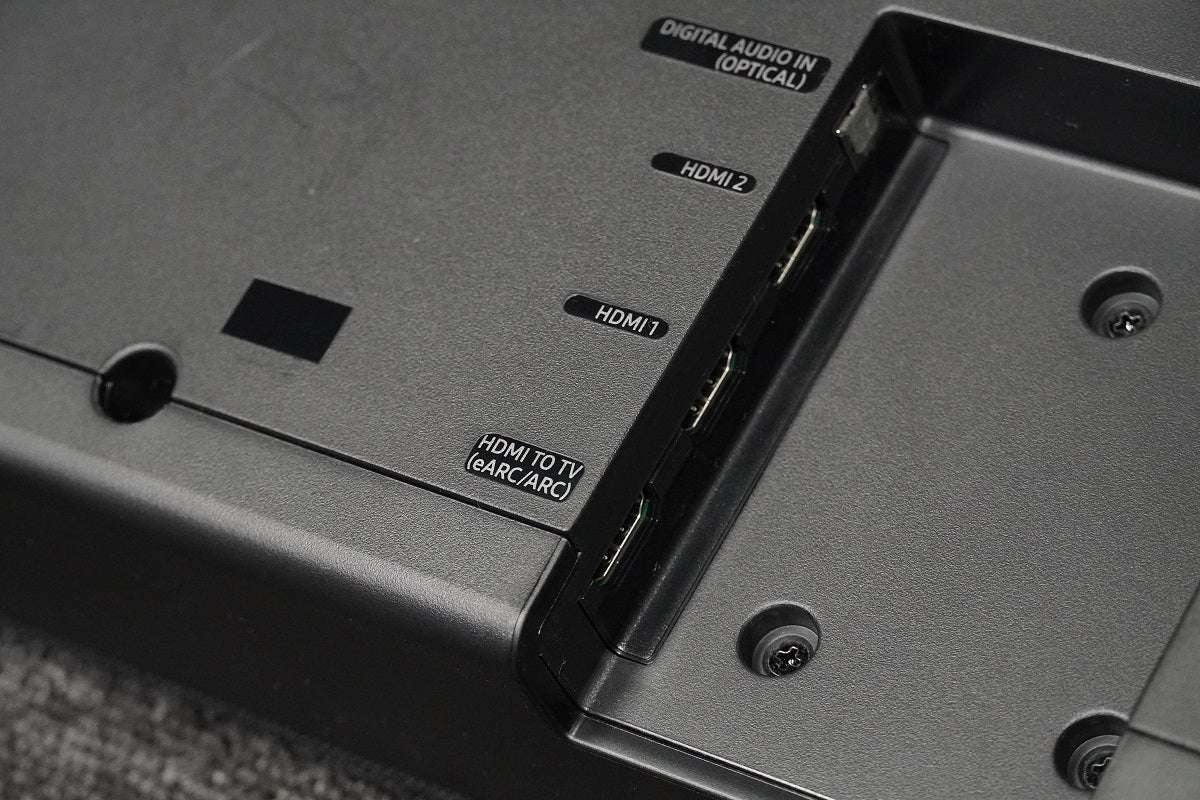