This year will be the very first E3 in which I head to LA. The current mood is equal parts excitement and terror, mainly because it suddenly became my job to book appointments, find a hotel that wasn’t simply a hole in the ground in the middle of nowhere, and generally not screw it up.

Thankfully, the games industry is full of lovely people willing to help out a novice and I’ve received plenty of advice in the run up to the big show.

However, with every piece of advice have come stark warnings about E3 and LA, in particular.

I thought I’d share the information that’s been handed to me, so that if you ever decide to head over to E3 yourself, you’re as prepared as I (hopefully) will be.

As soon as I told people I was going to E3, their first response was to advise me to avoid LA’s Downtown area at all costs.

I’ve never been to Downtown, but from the descriptions I’ve received from multiple sources, I’m pretty confident it’s a mixture of  Mordor, The Wall, and the Fifth Circle of Hell. It seems that Macklemore has been lying to us…

One particular story involved a bunch of journalists staying in the area, and after telling the cab driver to stop at their destination, the driver responded: “Really? You’re sure? Here? I can take you somewhere else”

The LA Convention Center, where E3 is hosted, backs onto Downtown, so I think I’ll have to bring a ghillie suit or something in order to get in and out. 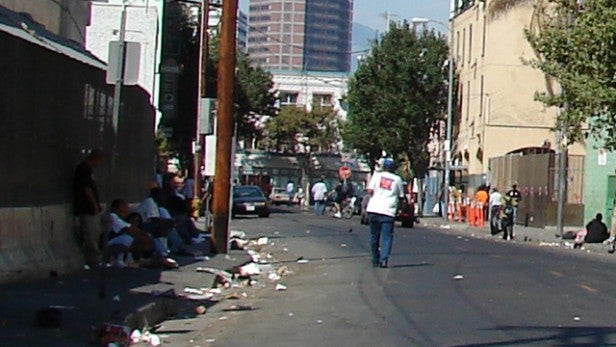 I’m from London, so travelling from place to place can often be a pleasant walk.

This is not true in LA, I’ve been told, and it’s not just about it being a bit dodgy in parts – I’ve been instructed to get cabs everywhere. No exceptions.

At first I was sceptical, so looked up the distance between the first two conferences, EA and Bethesda. Google Maps presented pretty much a straight line, the equivalent of a 20 minute London walk to the naked eye.

“What nonsense!” I thought to myself, I’ll get to enjoy a wonderful stroll through the streets of LA between conferences and make a day of it! Oh wait, click the little walking man and it’s actually a 90-minute walk, or if you prefer, 10 minutes in a car.

British people are usually pretty ignorant of how tipping works. Rightfully so, because in America it’s pretty bonkers. The first time I went to the States I was in New York, and after three trips to the bar, tipping five dollars for every four dollar drink, I thought: “You know what, this next one I’m just buying the drink.” The daggers I received will haunt me for the rest of my days.

Cab drivers in LA, apparently, can sometimes lack a few sandwiches in their picnic basket. I’ve heard stories of people being locked in the cab until they upped the tip, cab drivers yelling at the passenger for a tip deemed too low, and one person getting concussed as the driver simply sped off, not waiting for his fare to even finishing getting out of the car.

So yeah, I’ll be taking Ubers. As for the bars, I’m a good boy – dinner-bath-bed for me… 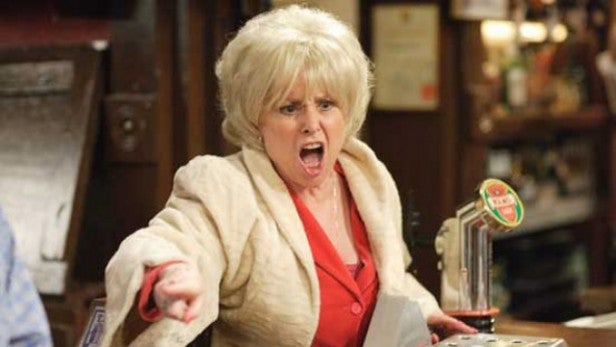 I’m going to be attending all the press conferences this year, as well as wandering the show floor, and probably lost a lot of the time. From what I’ve been told, I’ll be incredibly fortunate to have an internet connection. Outside, the world economy may have collapsed, meteors could have struck or even worse (for games journalists), we haven’t had a chance to tweet something we think is witty.

But apparently, according to insiders, there’s secret, super fast Wi-Fi hidden around the halls of E3. I know where it is, thanks to friends of mine, but I’m not telling you, of course. Get your own.

You know the typical line about the British. We’re reserved, non-confrontational, and only capable of expressing our emotions in an email. This stereotype exists for a reason – because it’s bloody true.

This puts us greatly at odds with our American counterparts, who perfectly encapsulate the stereotype expressed by T.G.I. Friday wait staff.

As journalists, it’s our job to report the news. That’s it. As much as we work in an industry we love and are passionate about, we’re ultimately only tasked with providing news and coverage.

That dispassionate separation from the story and its producer can sometimes be a bit blurred, though, as I’ve heard stories of members of the press whooping and cheering at announcements made during E3 press conferences.

The idea of applauding an announcement makes me cringe. Unless you have a keyboard where button presses happen to make the sound of hands hitting each other, stop it. Don’t cheer news, write it, so that readers can react – they should be the ones doing the cheering or booing accordingly. 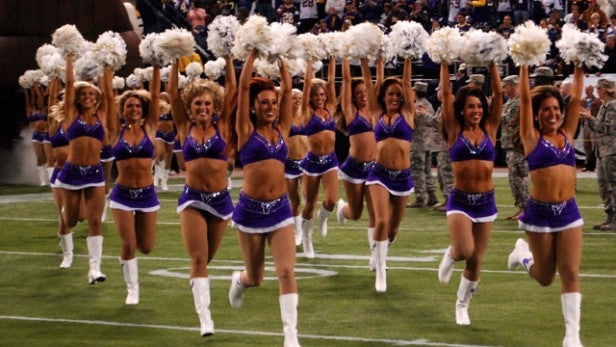 Hardly helpful, but one consistent tip from the more-jaded section of the industry was quite simple – just don’t go.

There’s an argument that E3 has strayed further and further from its original purpose in recent years. Indeed, with many of the major announcements leaked ahead of the show, and all of the conferences available to stream, it seems that some have begun to question the need to attend it at all.

But as stressful and panic-inducing as this has all been, I can honestly say I’m incredibly excited to go to E3.

I’ve been dreaming about visiting this show ever since I was a kid.

It’s something I’ve been wanting to tick off my bucket list forever. So let’s stick the cynicism to one side and remember these games are still fantastic play-things and look forward to all the great new ones we’ll be seeing next week.