OPINION: The Order: 1886 ticks so many boxes with us, so why is it we want to love it more than we actually do?

When it was first unveiled at Sony’s E3 keynote two years ago, we had high hopes for The Order: 1886. Here was a moody, atmospheric shooter set against a dark, neo-Victorian London backdrop that featured weapons outside of their time that looked loads of fun to use.

Not only that, it was the first brand new original IP from Ready At Dawn, the developer behind a great Jack & Daxter spin-off (Daxter) and the absolutely superb God of War titles for the PSP. Its trailer garnered enough ‘ooh’s’ and ‘aaah’s’ from  the audience in attendance that, probably considering its developer’s pedigree, some critics tagged it as perhaps the killer game Sony’s console was waiting for.

Then the previews started rolling out and the reaction to them were mixed to say the least. While many journalists praised the game’s eye-popping presentation – and its visuals, score, soundtrack and motion-capture performances are stunning – the game’s mechanics were tagged as perfunctory at best and ropey at worst. 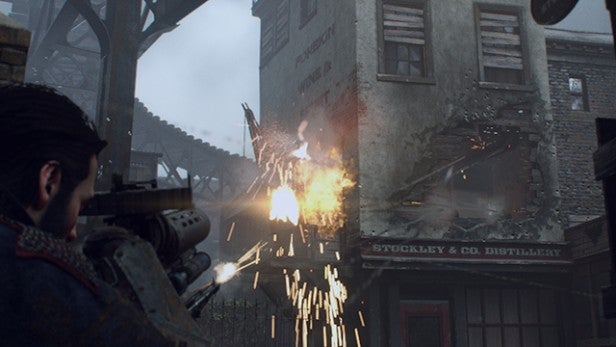 Furthermore, the decision by Ready At Dawn to force players into a style of play that seemed out-of-place in a third person shooter (TPS) came in for a lot of flak. Why, some critics asked, was there a length stealth section in one level? Why was melee combat so unwieldy and unintuitive? And what was up with the bevvy of Quick Time Events (QTEs) that conspired to make some parts of The Order: 1886 feel more like an interactive movie than a video game.

Now that the game has seen general release, reviews are echoing earlier complaints. The response has been lukewarm for the most part and quite harsh in others – the odd fanboy review notwithstanding. The Order: 1886 it seems is not the system seller Sony may have hoped it would be. So what went wrong? 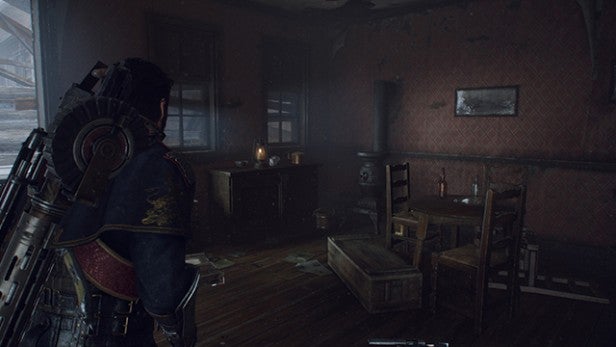 Well, one of the aspects highlighted by critics in both previews and reviews has to do with the game’s core pop-and-cover TPS experience. There’s nothing inordinately bad or fiddly about The Order: 1886’s gameplay, it’s just that it comes at a time when the rulebook on TPS games has been pretty much established and then expanded on.

Ready At Dawn doesn’t really bring much new to the party with its first IP.

The Order: 1886 takes two obvious cues from Epic’s TPS gold-standard Gears of War in both its overall structure and its assortment of outlandish weapons. That having been said, Gears is a hell of a lot slicker in the mechanics department than The Order: 1886, and considering it was produced nearly ten years ago, it throws the PS4 exclusive’s shortcomings into sharp relief. (The fact that it still looks stunning on Microsoft’s last gen platform compounds this). 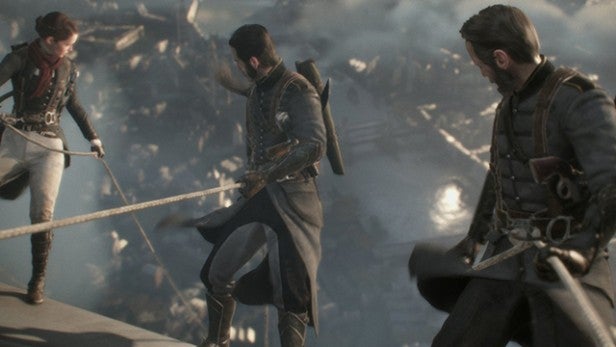 The Order: 1886 isn’t the only game to borrow from the rock solid gameplay template laid down by Epic, although it’s arguably one of the few games to offer so little besides. TPS cover-based mechanics pop up in a multitude of games, from the Uncharted series, to Red Dead Redemption, to Vanquish but all of these games offered more features to the mix – the puzzle solving in Uncharted, the Dead-Eye shooting mechanic and the vast open world in Red Dead Redemption, are just some examples. Even when the Gears template is applied to utter flops like Dark Void or Inversion, the developers at least offer some new spin on Epic’s template – in those instances it was ropey flying mechanics and gravity-bending jiggery-pokery respectively.

Alongside its TPS set-pieces – in which the game’s main tactic seems aimed at hurling bigger and bigger groups of enemies at the player as a means of ramping up the difficulty – The Order: 1886 only has the titular coteries admittedly interesting ordinance as a trump card. And it’s not much of one. Sure, there’s fun to be had by peppering enemies with clouds of thermite and then lighting them up like Roman Candles or slicing them down with an Arch Rifle, but the instances in which players get to do this are surprisingly rare. 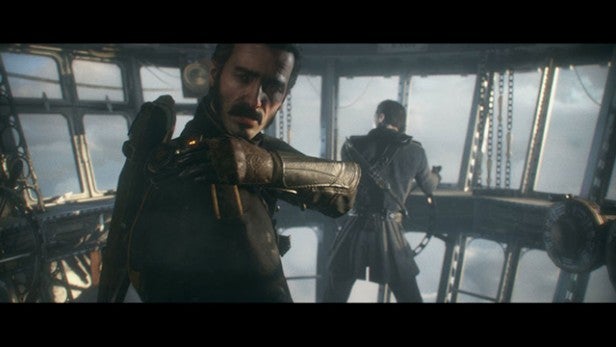 On top of that Ready At Dawn forces players into styles of play that are occasionally tedious (such as a stealth section on an airship or a rain-slicked garden) and in a couple of instances, they’re merely called upon to click a couple of buttons to link up some (admittedly) rather well-written cutscenes. The few sections in which players have to combat an enemy using a melee weapon are based more around reflexes than skill. Players have the ability to pick up items in the protagonist’s environment occasionally and have a decent gander a them – al la L.A. Noire – but there’s no long term gain in doing any of this, besides filling out the game’s back story.

And then there’s the proliferation of QTEs. 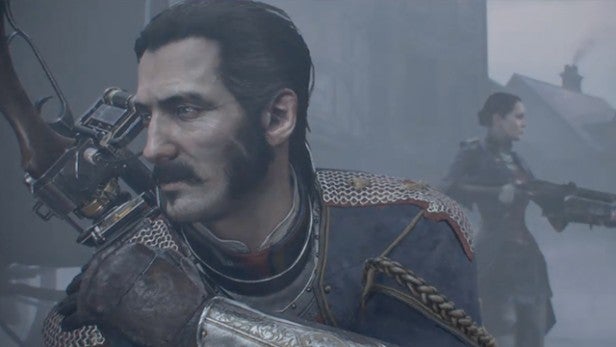 Here’s the thing; most players signing up to a shooter – be it first-person or third-person – demand a certain amount of immediacy. That’s to say that there’s an expectation that, in any situation in which you come across an enemy, your engagement in the action won’t simply rely on your ability to hit a button when prompted. The Order: 1886 makes this request to players numerous times – even in set-pieces in which decent hand-to-hand combat mechanics would obviously improve the proceedings – and as the game wears on, this starts to feel like lazy design, rather than features that have been designed to improve the overall experience.

There’s also no reason to play it again once the credits roll. There’s no co-op, no multiplayer and even if those aspects aren’t deal-breakers in and of themselves – they weren’t in BioShock, for example – The Order: 1886 is too lightweight in its plotting and narrative to inspire repeat visits. Some critics have slated the game’s brevity of length, but for our money that isn’t too much of a hurdle – there’s a certain neatness to the game’s plot and even if it does play out in a shorter time than most, that’s certainly preferable to the game wearing out its welcome completely. 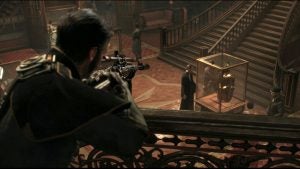 No, the most damning aspect of the game is wrapped up in the following question: How did a developer like Ready At Dawn lose its way with a TPS when the road to success for this genre has been so clearly mapped out?

While we’re not saying that producing a mega-selling TPS is a cakewalk, what is clear is that players require more than rooms filled with enemies, QTEs and interesting ordinance to keep them hooked.

The Order: 1886 is a beautifully presented game – it is truly next gen as far as its presentation values are concerned – but the experience of playing feels more in tune with what this genre had to offer around seven or eight years ago.We’re hoping The Order: 1886 sells well enough for Sony to commission a sequel. After all, the game has a rich, luscious world and we have to say we’d like to explore more of it. But the developer can’t bank a future on dusting off an old idea – not if it has so little in the way of innovation to bring to the table.