Robert Scoble made an interesting observation this week: “The battery life is a real problem… one six-minute video I did took 20 per cent off the battery”. The influential tech blogger was talking about his experience with Google Glass, the wearable gadget Google hopes will ultimately replace our phones, tablets and computers.

Low Battery
Of course Glass remains a prototype device, but the observation only further highlights that battery life has become the technology industry’s biggest dirty secret. Today’s latest and greatest smartphones are no better at getting us through a day on a single charge than smartphones a few years ago and cannot hold a candle to dumbphones 10 years ago. Tablet and laptop designs are 70 per cent filled by batteries and after a few years their performance diminishes dramatically.

The impact is seismic. Daily life is restricted to predictable pit stops and travelling involves packing a suitcase full of cables that make a mockery of the eye-catchingly thin devices they are powering. Forget megapixels, megahertz, CPU cores, screen sizes and apps – amps are where it’s at.

Solar, fuel cells and wireless charging
To this end technology has to step up, and theoretically it is doing so. Recent weeks have seen a number of breakthroughs that claim to solve technology’s obsession of squeezing ever more power into ever thinner forms. 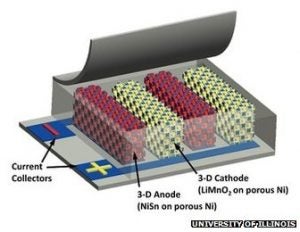 The most exciting comes from scientists at the University of Illinois. Researchers there claim to have developed ‘microbatteries’ with microscopic internal three-dimensional structures that make them 1,000x more capacious than existing lithium batteries. They are also powered by fast charging cathodes and anodes, which lead researcher William King claims could reduce charge times to a few seconds.

Solar isn’t standing still either. Last year photovoltaic manufacturer Amonix became the first company to convert more than one third of incoming light energy into electricity – something that had proved a glass ceiling on solar for a decade. It hopes to go beyond 50 per cent efficiency in the next few years.

Fuel cells are also finally showing signs of life. In March researchers at the University of Calgary found a way to dump the expensive and toxic materials in fuel cell catalyzers and replace them with common metals.

Meanwhile wireless power options are increasingly offered in flagship handsets like the Samsung Galaxy S4, Nokia Lumia 920 and Nexus 4. And wireless charge points have become a fairly common sight in airports, and are expanding into restaurants and coffee shops making it easier to top up batteries in our existing devices.

Format wars
But inevitably there are buts. Lots of them.

The University of Illinois’s microbatteries use a combustible liquid as the electrolyte that carries a significant explosion risk if scaled up to practical sizes. Amonix’s solar breakthrough uses proprietary technology and even 50 per cent efficiency is too inefficient for power hungry smart devices. It remains restricted to external battery packs. Meanwhile fuel cells continue to be a fire hazard, which scares both manufacturers and consumers.

This leaves wireless charging as by far the most practical and immediately viable of our battery boosting technologies. The problem is its take up is being harmed by the most familiar of tech barriers: a format war. 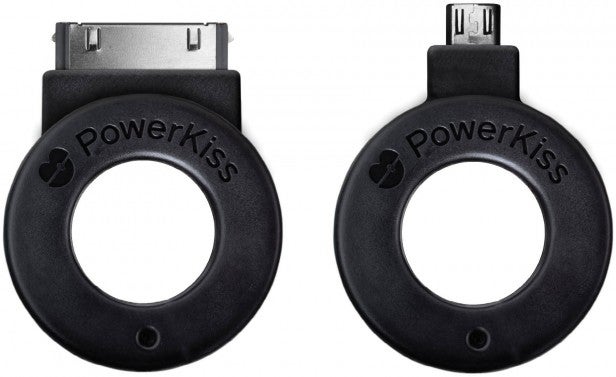 The predictable opponents in this are Duracell and Energizer, and the split between influential manufacturers is as heavyweight as the battle was between HD DVD and Blu-ray. The Duracell side (represented by a group called the PMA – Power Matters Alliance) counts Google, LG, BlackBerry, Texas Instruments and ZTE along with retailers AT&T, Starbucks and airport and restaurant outfitter PowerKiss among its 57 members. Backing Energizer are Samsung, Sony, Toshiba, Nokia, Motorola (making an interesting dilemma for Google), Huawei, HTC, Hitachi, Pentax and Philips in a list 120 members long.

Consequently Energizer has the manufacturer advantage, but Duracell has retail outlets that could sway consumers and manufacturers alike. To make matters worse a third standard, ‘PowerbyProxi’, is starting to win affection as – unlike the others – it doesn’t require precise placing of devices onto specific points on wireless charge surfaces and can charge multiple devices on a single charge pad.

Ultimately consumers won’t win until one format does, but sadly it looks like a battle with years still to run.

Inescapable trends
All of which means, right now, we’re stuck. Handsets may be getting bigger, but like tablets and laptops they are also getting progressively thinner. Furthermore while chipsets get ever more power efficient with each generation, what they enable – 1080p video, more complex gaming, 4G fast web browsing and streaming – all make us use our devices in increasingly demanding ways.

Consequently the only solution appears to be for manufacturers to keep slapping in ever larger batteries. This works in the short term and we can only hope rumours the Motorola X Phone will have a 4,000mAh battery (almost twice the size of most Android handsets) turn out to be true to induce this much needed spec war.

That said we will soon reach a stage where phone dimensions become essentially fixed (how large and thin can a smartphone be?) and even smaller devices such as Google Glass start to take over. With analysts IHS claiming Glass could ship over nine million units in 2016, this may happen sooner than we think.

By then new battery technology must have come to the forefront. If not technology’s greatest inventions will be ruined by it.