The iPhone 5 doesn’t show a downturn in Apple’s ability to wow the public, it just marks the beginning of the end for the ‘event phone’.

An Apple iPhone launch is usually greeted by a gushing approval and skeptical snark from those who prefer their phones in a different flavour, but the iPhone 5 arrived to a more muted reception. Just about everyone who has seen it thinks the new iPhone 5 is an impressive piece of hardware that would make a worthwhile upgrade to an existing phone. Even the trolls seemed a bit bored.

What has been missing from the popular response has been a sense of wonder. The innovation that sets the phone apart from its peers and disrupts the market.

The original iPhone was almost pure disruption. There had been touchscreen phones before but the high quality of the iPhone’s capacitive screen and the uniquely touch-oriented interface of iOS made it a wholly different prospect. Next to a bog-standard Nokia, the iPhone was like a fragment of a UFO. Exotic, mysteriously powerful and perhaps most important of all, really cool looking. 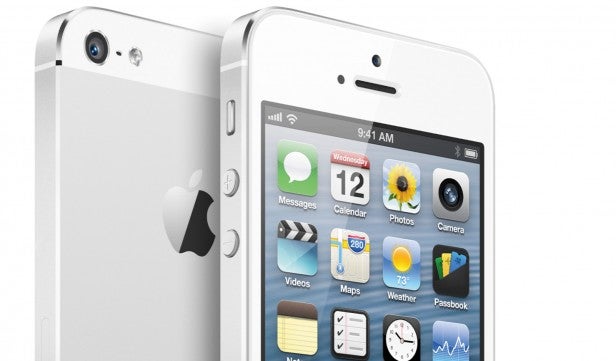 Subsequent models each came with their own sprinkling of magic dust. Faster processors, App Store, Facetime, the Retina screen and others each helping to raise the bar for smartphone features. Last year’s iPhone 4S, however, was a relatively minor tweak to hardware and the anticipated ‘one more thing’ was Siri – impressive, but perhaps the first iPhone feature that seemed considerably less so when used in anger.

Let’s not get too sad for Apple. Teams of couriers will be lugging builder’s hods full of iPhone 5 boxes to the high street and this year may yet see the construction of a Scrooge McDuck-style money pit in the grounds of 1, Infinite Loop. Apple do style very well and only a fool would bet against them continuing to sell a lot of phones for some time to come. Innovation though, is another matter. The iPhone 5 release date may mark the end of that annual cycle of disruptive brilliance.

The PC went through a similar run of rapid improvement. From the leap to 32bit CPUs with the 386 through the 486, Pentium and beyond the PC jumped in speed rapidly and each wave of new PC tech saw great leaps in capability. This couldn’t last. Today Intel, AMD and ARM are making faster chips but the PC seems to have caught up with people’s imaginations.

For the average consumer, desktop PCs are just objects now. Only gamers and 3D animators worry about what goes on inside them. They may differ slightly in specs and get faster each year but nobody really gets excited by this process any more. Laptops are still dropping grams of weight and innovating with higher resolution displays but you can still do pretty much what you want to do as capably on last year’s model as this year’s. As more applications get pushed into the cloud the only specs that matter day to day are memory for holding more browser tabs and disk space for your ever growing library of digital stuff.

One reason that people don’t really mind there not being a must-buy cutting edge PC any more is that there are so many other ways of getting online and doing digital things now. Tablets are carrying the innovation baton at the moment but perhaps there is another disruptive technology just waiting to be invented?

The current generation of smartphone has reached a feature plateau. Android and iOS phones are now powerful general-purpose computers that can also make phone calls. Putting aside legal squabbles about patents, there is still innovation happening in phones but there seems to be little left that will be worth liveblogging home about. 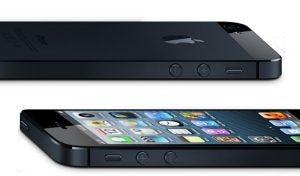 All the major smartphone manufacturers are adding the same features – NFC readers for cashless payments that are still to prove their worth, ultra high definition screens that will soon reach the limit of improvement detectable by the human eye. The best new iPhone 5 spec, support for screamingly fast LTE networks, is based on an open standard and is already available from some of its rivals. Worse, it is a feature that relies on external factors Apple has little control over.

This is not the end of smartphones. Rather, they will just become objects. Ubiquitous tools that will converge on a baseline of functionality. Over the next couple of years, your choice of phone will be less about the features that have been crammed in to it and more about price, external style (always a good area for Apple but not something that warrants dancing in the streets no matter how good it looks) and software.

I would argue that this is a good thing. As smartphones become commodity items it will mean first of all that more and more people will carry them and developers will be motivated to make more interesting, useful applications that people will use in the real world. This will benefit all of us.

Secondly, the talented designers and hardware developers at Apple, Samsung, Nokia and the other companies ploughing money into new phones might come up with something even better.

It might be wearable computing. Google Glass or whatever head-mounted devices rival companies are working away at in secret. It might be some new UI innovation in gesture recognition that is simply not possible with today’s tech but is just around the corner. It might involve 3D printed unicorns (hey, we’re just brainstorming here.)

Whatever it is, it will be as unexpected and disruptive to its target market as the iPhone was to the world of mobile phones. The tech world will still get its annual ‘One more thing..’ moment, but it won’t be for a new iPhone and it might not even be from Apple.