The new iPad (iPad 3) has shot to the top of many people’s wishlists for a good reason. Its stunning new screen and vastly superior range of apps make it the defacto choice for anyone looking to get in on the tablet fun. However, it does have some limitations and after spending a couple of weeks with it I’m just chomping at the bit to shout about them. So without further ado, here are my top ten bugbears about the new iPad, and perhaps more importantly my suggestions of what Apple should do to fix them.

I hate the iPad 3’s size

It has been said ever since the first iPad arrived and the simple fact of the matter is that it’s still true: the iPad is too large and heavy for one handed use and isn’t pocketable, making it a bit useless on public transport and for use when you want to travel as light as possible. Kindles and other ebook readers can actually fit in a jacket pocket, while some smaller tablets such as the BlackBerry PlayBook and Samsung Galaxy Tab 2 7.0 are also much more manageable. What’s more, despite being smaller devices, they don’t lose any of the large screen charm that makes a tablet a joy to use. Moreover, a number of other large tablets are at least noticeably lighter (100g or so lighter). 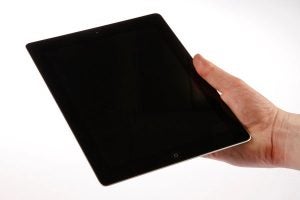 If the iPad isn’t going to be a smaller device then it needs a laptop dock like the Asus Transformer Prime. That the vast majority of people I see on the train with iPads are using them on their laps, either with a 3rd party case that holds it vertically or just flat on their legs, tells you all you need to know about why. A keyboard dock makes typing vastly quicker and holds the screen at a comfortable angle. Add in enhanced connectivity and a battery life boost and you have such a no-brainer that even an amoeba would get in on the action. 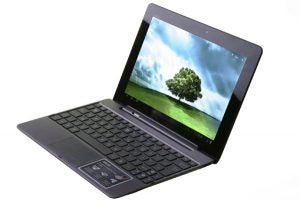 The new iPad has one of the best speakers on any tablet in terms of loudness, but it’s positioned off in one corner on the back. This makes it absolutely rubbish for watching video and playing games – you have no sense of stereo and with many 3rd party cases the speaker is almost completely blocked too.

The solution? Forward facing stereo speakers, as seen on the new range of Samsung Galaxy Tabs – they’re subtly integrated and work brilliantly. Sure, sometimes you’ll be using the tablet in portrait mode so you won’t get a stereo effect, but then just have the software automatically switch to mono when held that way round. 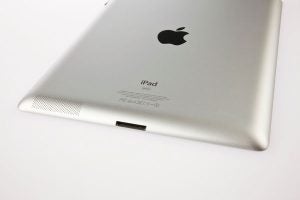 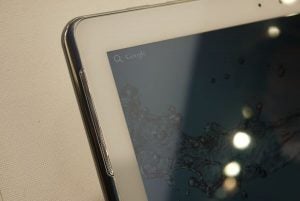 On the iPad the speaker is tucked away round the back. On the latest Samsung Tabs, they’re on the front.

I hate that the iPad 3 doesn’t have a stylus

Go on, let it all out… Laugh it off… “Who needs a stylus when the touchscreen is this good?”… “The iPhone got rid of stylii and we’re glad they’re gone”… I’ve heard it all. And you know what? You’re wrong.

It’s absolutely true that no-one wants to use a stylus on a phone, but phones and tablets are very different beasts and actually using a stylus on a tablet is more comfortable, natural and accurate than a finger. 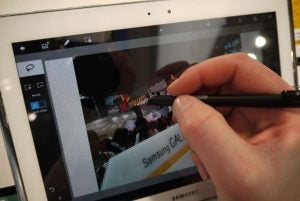 Sure, you can get capacitive styli that work on the iPad, like the Wacom Bamboo, but they’re only so good. The Samsung Galaxy Note 10.1, however, takes things to another level. Its proper digitiser has 256 levels of pressure sensitivity and a much finer nib, making for a vastly more accurate, natural-feeling drawing and handwriting experience.

Maybe it’s just my current obsession with Draw Something that has really lit my stylus-loving touch paper, or perhaps it was Apple itself talking up its brilliant iPhoto app, but whatever it is I think digitisers are the next step for tablets.

Even allowing for my suggestion that the iPad needs a keyboard dock with extra ports, the iPad itself needs better connectivity. Again, it’s the same argument as with the stylus – the iPad is a tablet, not a phone, and it can do ever more sophisticated things, thus it needs more abilities built-in.

Yes, you can get a plethora of accessories for the iPad but who wants to carry around a bunch of accessories when you can simply have the connectivity onboard like on many (particularly Android) rivals? SD cards straight from your camera, HDMI straight into your telly, USB for keyboards and gaming peripherals – who wouldn’t want all that straight out the box?

Admittedly you may have to carry around a few cables to make it all work, but at least they’re universal and should work on your Android phone, as well as a number of other peripherals too.