Today HTC is going to announce a phone with one of the most interesting cameras we’ve seen. The HTC One M8 camera is rumoured to use two lenses and two sensors. The second is there to provide depth data, to let you edit the foreground and background separately. 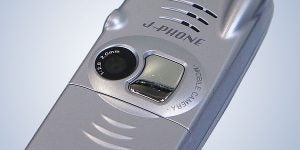 The first ever integrated phone camera was the Sharp J-SH04, also known as the J-phone. It comes from way back in 2000 – when it was released in Japan.

It had a 0.1-megapixel sensor, and used a little reflective panel on the back to let you see your face when taking pictures of yourself. Yep, the selfie is older than you think. Don’t remember this phone? It didn’t come to the UK in large numbers, sadly – much like all of Sharp’s phones. 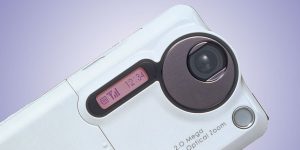 Once again Sharp claims an impressive innovation, four years later in 2004. It produced the first phone with an optical zoom, something that’s still an extreme rarity today despite being a very useful photographic feature.

Given the usual ridiculous image of having a lens that pokes out 10cm from the back of your phone – step in Galaxy S4 Zoom – the Sharp V602SH is actually pretty sensible-looking. As it uses a limited 2x zoom, the lens does not protrude, the zoom is instead supplied by internal lens elements. We could do with this sort of limited zoom lens today.

The phone also has a funky little clock and battery display on the back. They don’t make ‘em like this anymore. 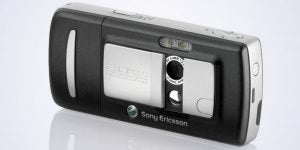 Sharp made the first cameraphone with autofocus, but the first to get to our shores was the Sony Ericsson K750. Until the K750, we had to make do with a fixed focus system, the sort we only see in ultra-low-cost mobiles now.

It was a hugely popular phone at the time too – one I owned back in the day.

The camera lens had its own manual slider to avoid getting dirt or scratches on the lens, and its whopping 2-megapixel sensor seemed like a real winner back then – really puts the HTC One M8’s 4 megapixel camera in perspective.

First optical zoom to come to the UK 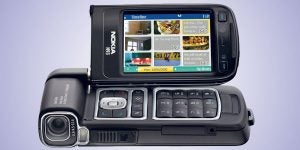 The Nokia N93 is a great example of Nokia’s dynamic approach to phone cameras. It’s not just about Lumias – Nokia has been doing this stuff for years. The phone has a camera that sits in its hinge, pointing to the side. The idea was that you could use the N93 like a handicam, with the screen able to swivel around to act as a preview display while shooting. Its 3.2-megapixel sensor was great at the time too.

Looking back, it’s a real oddball and was the first optical zoom phone we saw in the UK. It has an impressive 3x optical zoom. And as it had the whole width of the phone within which to cram its lens elements, there was no need for any sticky-out bits. It was weird-looking, but in a smart way.

First phone to use a neutral density filter 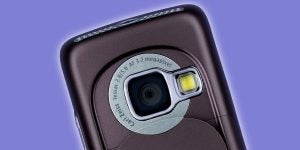 Although not remembered as a camera hero, the Nokia N73 camera had a really interesting extra feature – a neutral density filter. This blocks off some of the light coming into the camera sensor, so that you can produce long exposure photos without them becoming massively overexposed blocks of white.

ND filters were subsequently used in lots of Nokia phones, but the practice of including one has since fallen off. The Nokia 808 PureView had one, but that it was left out of the Lumia 1020 tells us that Nokia doesn’t really think it’s that important anymore.

Variable aperture in a phone 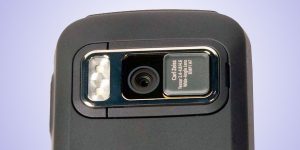 Nokia isn’t given enough credit for the amount of camera experimentation it did back in the mid-late noughties. Granted, maybe it should have paid more attention to the rise of the Android and iOS systems instead, but the Nokia N86 is a great example of how far Nokia went.

It was the first cameraphone we’d seen with a variable aperture – even today the top phone cameras have fixed apertures. Able to zip between f2.4, f3.2 and f4.8 aperture settings, it was able to deal with extremes of light conditions better than any other phones at the time. Of course, this sort of thing is now handled primarily with software.

First 12-megapixel sensor in a phone 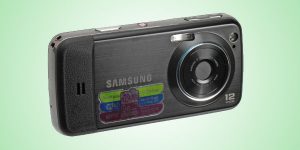 The Pixon 12
was a result of the “megapixel war” in phones, which has
thankfully become much less of an attention-grabbing influence than it
used to be. It was the first 12-megapixel phone. That resolution doesn’t
sound too high today, but five years ago it seemed almost unthinkable
to fit such a high-res sensor into a phone.

It wasn’t just
Samsung piling on the numbers and forgetting everything else, either.
The Pixon 12 sensor was 1/2.5 inch in size, larger than the sensor of
the Galaxy S4. How’s that for a fact?

First giant sensor in a phone 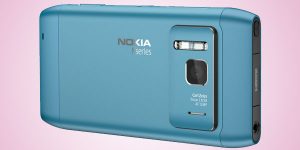 One of the most important flagship models during the year’s of Nokia’s decline was the Nokia N8. Few phones have put quite as much focus on their cameras as this mobile.

At the time it seemed incredible. A Xenon flash, 12-megapixel sensor and 1/1.83-inch sensor size mean it’d still be able to outperform many phone cameras today. However, by this point Android’s popularity had ramped up and improvements Nokia made to the Symbian software in the phone simply weren’t enough to make it seem anything but musty and old.

First use of oversampling for ‘lossless’ digital zoom 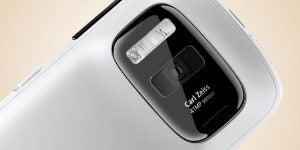 The Nokia 808 PureView is easily the most impressive ‘new’ camera release of recent years. It has a giant 1/1.2-inch sensor of 41 megapixels and a Xenon flash. Phone low-light performance doesn’t get much better than the 808 PureView’s. The ultra-high resolution sensor also let you ‘losslessly’ zoom by essentially cropping into the sensor without dropping to a really low resolution.

It also has an ND filter, missing from the newer Lumia 1020. The only thing the 808 PureView lacks is optical image stabilisation. And decent software – it runs the defunct Nokia Belle system. Hardly anyone bought the 808 PureView, not helped by the refusal of phone networks to sell it. 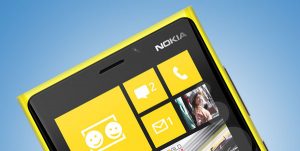 Many phones claim to offer image stabilisation, but it’s quite rare to find true optical image stabilisation in a phone. It’s often a case of software – where the image processor crops into the sensor in order to provide a video buffer to compensate for movement.

Real optical stabilisation involves little motors that tilt the phone’s optics to actively compensate for movement as it occurs, and we saw it first in the Nokia Lumia 920. Not only does it make it easier to take in-focus photos, it also lets phones use longer exposure times to offer better low-light performance.

First use of phase detect focusing 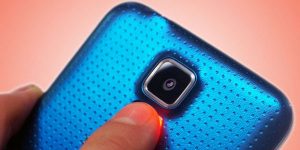 Samsung can be accused of relying on catchy-sounding specs to bolster its relatively ordinary cameras at times, but the Samsung Galaxy S5 is different. It features a new kind of ISOCELL sensor and is the first phone we’ve seen to use a hybrid focusing system.

Other phones use contrast detect focusing, but the Galaxy S5 uses a mix of contrast detection and phase detection. There’s a phase detect module that sits over the camera sensor to make this possible. It’s the kind of focusing used by most DSLRs. We’re yet to try it out properly, but it should mean the phone offers incredibly fast and accurate focusing. 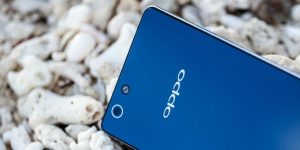 The most interesting recent camera announcement bar the big boys comes from Oppo. Its actual camera sensor is fairly ordinary – a 13-megapixel Sony IMX214 – but it has a special software mode that takes 10 pictures in quick succession, picks the best four and then merges their data to produce an absolutely massive image.

We’ll do our best to get hold of an Oppo Find 7 to see if it’s worth getting excited about, but it certainly sounds interesting.

Which is your favourite phone camera? Lets us know in the comments.

Next, read our Galaxy S5 preview