2016 has been a pretty amazing year for games, but 2017 is looking to match it. We’ve picked out some of next year’s games that we’re most excited about.

So far this year we’ve had XCOM 2, Overwatch, Dark Souls III, Uncharted 4, Firewatch, Street Fighter V and the cultural phenomenon that is Pokémon Go, amongst many other excellent releases. We’ve also still got some amazing titles to come before the year is out – such as No Man’s Sky, The Last Guardian and Deus Ex: Mankind Divided – but looking into 2017, it’s clear we’re not going to be short of amazing experiences for quite some time yet.

Many gamers were disappointed when some of the games on this list slipped out of the 2016 calendar.

The Legend of Zelda: Breath of the Wild 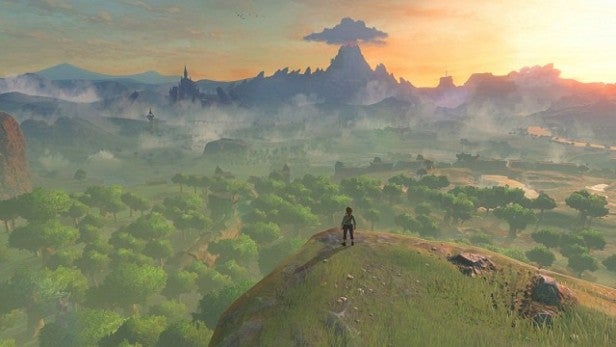 This much-delayed adventure looks set to tear up the Zelda rulebook and give fans the open-world escapade they’ve been wanting for years. Forget everything you know – or think you know – about a conventional Zelda outing; Breath of the Wild promises a wider range of items, dynamic combat with multiple routes to success, and even the ability to cook food to restore health. All of this will be twinned with a typically moving Zelda storyline and some lush cel-shaded visuals.

Breath of the Wild will surely be the Wii U’s swansong, and also launches on Nintendo’s next console – the NX – in March 2017. 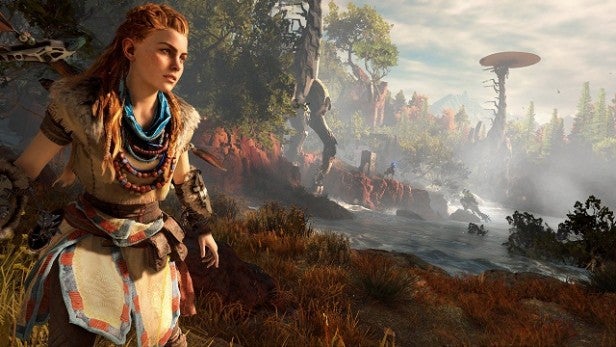 A new IP from Killzone developer Guerrilla Games, Horizon Zero Dawn places you in a world dominated by hostile robots, which the main character– a hunter named Aloy – can track and take down in a variety of ways. Defeated enemies offer up components which can be used to create new weapons, while the massive open world comes with a realistic day-and-night cycle, a dynamic weather system which impacts when you can hunt, and exploration that comes without the need to face any irksome loading screens.

If that doesn’t sound exciting then you probably don’t have a pulse. 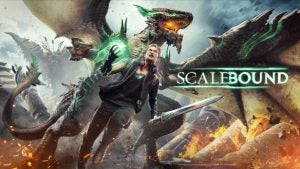 Currently under development at the legendary PlatinumGames, Scalebound is an action RPG with a unique hook: you’re bonded with a powerful dragon that can be ridden or issued with commands during combat. Massive bosses require a combination of airborne attacks and ranged weaponry to take down, and a four-player cooperative multiplayer mode should help keep the action lively.

As part of the new Xbox Play Anywhere scheme, it will be launching on both Xbox One and Windows PC, with players who buy a digital copy on one platform getting a free copy on the other. 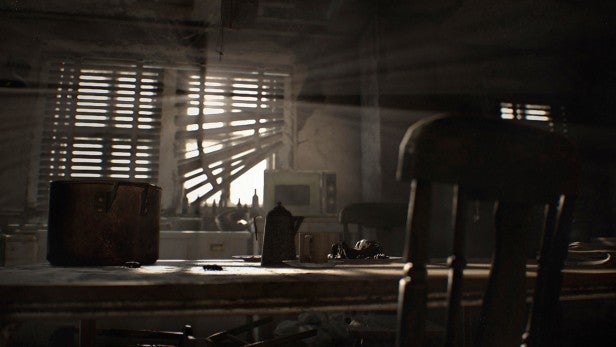 The high-energy action-movie approach of Resident Evil 6 got a bit tiresome and failed to gain high acclaim from critics. This new instalment feels like a return to the series’ survival horror roots while at the same time becoming something completely new.

Weapons will be in short supply and your character lacks the combat skills of the franchise’s iconic heroes like Claire and Chris Redfield or Leon Kennedy. It’s coming to Xbox One, PC and PlayStation 4 in January, with the PS4 version offering an additional level of tension by supporting the forthcoming PlayStation VR headset. 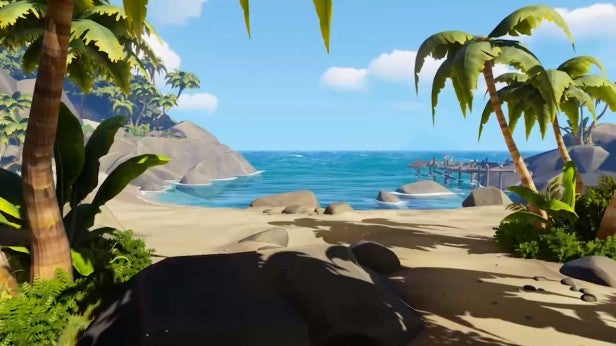 Rare’s groundbreaking open-world multiplayer has been in development for a while now, but each new glimpse makes the wait for it to arrive even more unbearable. Offering a large environment to explore, ships to command and items to craft, Sea of Thieves could end up being the most fun you can have pretending to be a pirate.

Rare’s trademark humour stops things from becoming too grim, with cartoon-like characters, gorgeous blue skies and a selection of catchy sea shanties to lift your spirits. Plus there’s plenty of virtual ale to drown your sorrows. 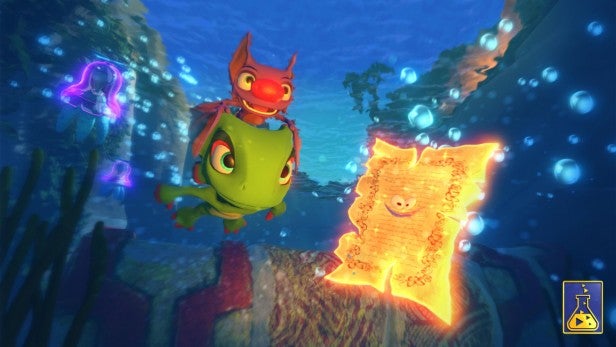 Developed by Playtonic – a team comprised mainly of ex-Rare staffers – Yooka-Laylee is the most successful Kickstarter video game project in UK history, and promises to resurrect the glory days of the 3D platformer.

Like Banjo-Kazooie, Yooka-Laylee features two amusing animal leads, a massive branching game world and gorgeous cartoon-like graphics which give the impression of an N64 on steroids. It’s due for release in March 2017.

Bloodstained: Ritual of the Night

When Castlevania producer Koji Igarashi walked away from publisher Konami, many feared that we’d never see another “classic” 2D game in the franchise. While that may still be the case, we have the next best thing in the form of Bloodstained.

He may now be without the famous Castlevania brand, but Igarashi is creating the ultimate spiritual successor in collaboration with famed Japanese studio Inti Creates. It boasts a new lead character and storyline but retains the timeless gothic stylings of Castlevania: Symphony of the Night, and is expected to launch in March next year following a hugely successful Kickstarter campaign. 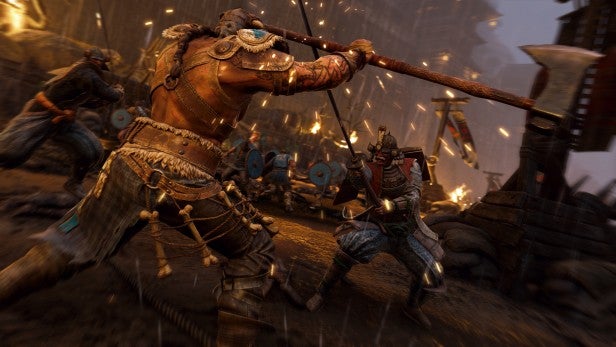 On paper, For Honor sounds like wish fulfilment for any action game fan. It throws knights, samurai, and vikings into the same setting, offering intense melee combat with blood aplenty.

While there’s a storyline that explains why these different factions are at war with one another, the main appeal of For Honor is its eight-player online mode that has been described by the game’s director as being an “online shooter with swords”. A tactical combat system known as “The Art of War” will make those face-to-face duels all the more compelling, granting the player hitherto unparalleled control over their blade. 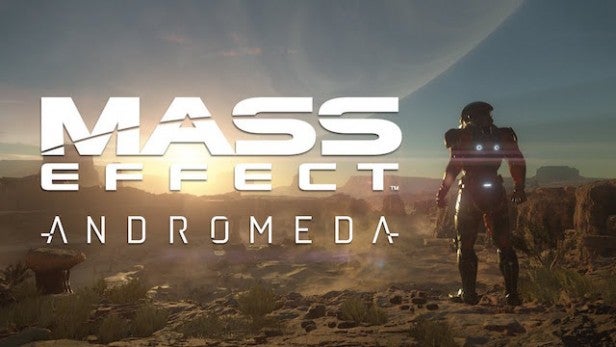 Arguably one of the most eagerly anticipated RPGs of this current console cycle, Mass Effect: Andromeda takes place many years after the epic events of the original trilogy.

You assume the role of Ryder, a “pathfinder” who’s tasked with seeking out a new planet to colonise. While Andromeda will retain the branching dialogue and romantic interludes that made the first three games so well loved, it’ll boast a more open structure to explore.

Because it’s such a departure from the previous games, developer BioWare has stressed that it shouldn’t be referred to as “Mass Effect 4” – this is very much its own thing, which should be quite an exciting prospect for fans.

Officially the biggest video game Kickstarter success of all time, Shenmue 3 is a title that Sega fans thought they’d never see, yet here we are.

Following on from the Dreamcast titles which cost Sega the earth to make and made very little profit back, Shenmue 3 follows serial kitten-stroker and sailor-seeker Ryo Hazuki as he continues his quest to locate the man who brutally killed his father right in front of his very eyes.

Thanks to Sony bankrolling some of the development, Shenmue 3 will be exclusive to the PlayStation 4, although a Windows release is also happening.

One of Nintendo’s big surprises of E3 2016, Ever Oasis is a JRPG from Koichi Ishii, best known for creating Square Enix’s beloved Mana series. The objective is to build an oasis in a desert world by completing quests with your party of characters. Materials found in dungeons can be used to make life easier, and gear can be crafted from the items you find out in the wild. Interaction with other desert tribes is also promised.

Given that the 3DS will surely be supplanted by Nintendo’s new “all-in-one” NX system next year, this could be the plucky handheld’s glorious swansong.

Created by Life is Strange studio Dontnod, Vampyr is the latest in a long line of video games to place the player in the role of a blood-sucking monster – but there’s a twist here. Lead character Jonathan Reid was a doctor before being turned nosferatu, and is still struggling with his desire to help others while simultaneously craving their blood.

Using grim and smoky 1918 London as the backdrop, Vampyr offers a wide range of characters to interact with or kill for blood. Doing so allows you to replenish your undead powers and level up, but also creates long-term ramifications for the game’s plot. Alternatively, you can play the game from start to finish without killing a single person, but the challenge is obviously bigger.

One of 2017’s most intriguing releases, Vampyr is certainly one to watch.

The original Nier is the very definition of a cult classic – it had ardent fans, but sold poorly. That led many to assume that a sequel would never happen, but the sheer amount of love within the gaming community for the original game was enough to convince the management at Square Enix that the IP should continue.

The core of the original development team has united with PlatinumGames for this PlayStation 4 exclusive, which will retain the focus on action while introducing new characters and an even darker, more mature setting. Hopefully this one will be a commercial as well as critical success.

Fantasy RPGs are often set in fictional kingdoms based on medieval history, but Kingdom Come: Deliverance bucks that trend by rooting itself in real-world history. The action takes place in 1403, with the player assuming the role of a blacksmith’s son whose family has been slaughtered by an invading army. With vengeance in mind, you embark on a quest which brings you face to face with foe and friend alike.

The open-ended nature of the game will grant the player freedom, while the battle engine – which supports both ranged and melee combat – seeks to faithfully replicate the punishing power of medieval warfare, with blows and strikes inflicting damage so painfully realistic you’ll wince with each swing of your sword. 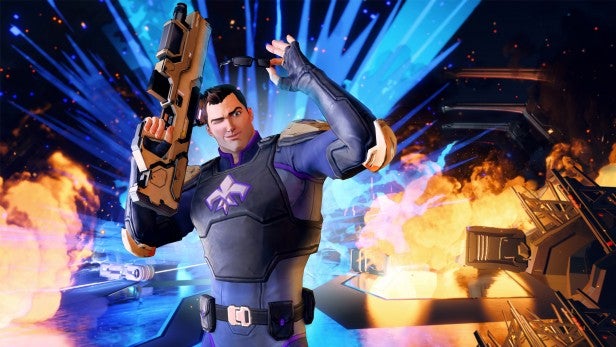 Set in the same fictional universe as Volition’s Saints Row series, Agents of Mayhem puts you in command of a three-strong counter-terrorist unit based in Seoul, South Korea. This “city of the future” has a serious problem with criminals and miscreants, many of whom are affiliated with the sinister Legion group, a terrorist collective which not only seeks to destabilise the peace of Seoul, but also the entire world.

Little is known about the game at this stage, but given now kinetic and action-packed the more recent Saints Row games have been, it’s fair to assume that players will have super powers at their disposal.