Apple has finally unveiled iOS 14 and, while it may not be as sexy, for me it’s far more exciting than the iPhone 12. Here’s why.

I’ve loved watching WWDC since I was a kid. The sheer pace at which new stuff is announced and the instant gratification from downloading the likely very shoddy first beta are hard to beat when it comes to tech launches.

And yes, I prefer the launch of Apple’s latest software to that of its flagship phone for the simple reason that software makes far more difference to me than hardware. The iPhone 12 will, and of course this is just based off early rumours, be faster, pack a better camera and feature a design reminiscent of the Best iPhone ever (aka the iPhone 5).

But I won’t use or notice these features every day. They won’t change how I use an iPhone. iOS 14, on the other hand, will.

The software part of the phone is its most important feature, as it’s the thing you interact with every time you use the phone. Bad software is a dealbreaker and it’s the reason why it can often be hard recommending certain super-cheap Android phones. These might tout specs that would make the iPhone SE 2 feel inadequate, but the day-to-day experience can’t compete. Heck, I even found it hard to wholeheartedly recommending Samsung phones a few years ago as the software was such a pain. Thankfully that’s no longer the case with the Galaxy S20 series.

Many articles have used the tired cliche of ‘evolution rather than revolution’ in past years to describe changes to iOS and on many occasions that’s probably fair. With iOS 14 it feels like there has been some real change – even if a lot of these new features have been plucked right from Android.

This is the first time since the iPhone debuted it 2007 that the basic idea of the homescreen has changed. You are no longer app forced into filling multiple panels with endless apps. Instead, you can bung those apps you rarely use into App Library (which is basically Android’s app launcher) or ditch them completely thanks to App Clips. Widgets can be taken outside of the Today panel with iOS 14 and placed on the homescreen in a move that looks like concept art I have been wishing was real for the past decade. 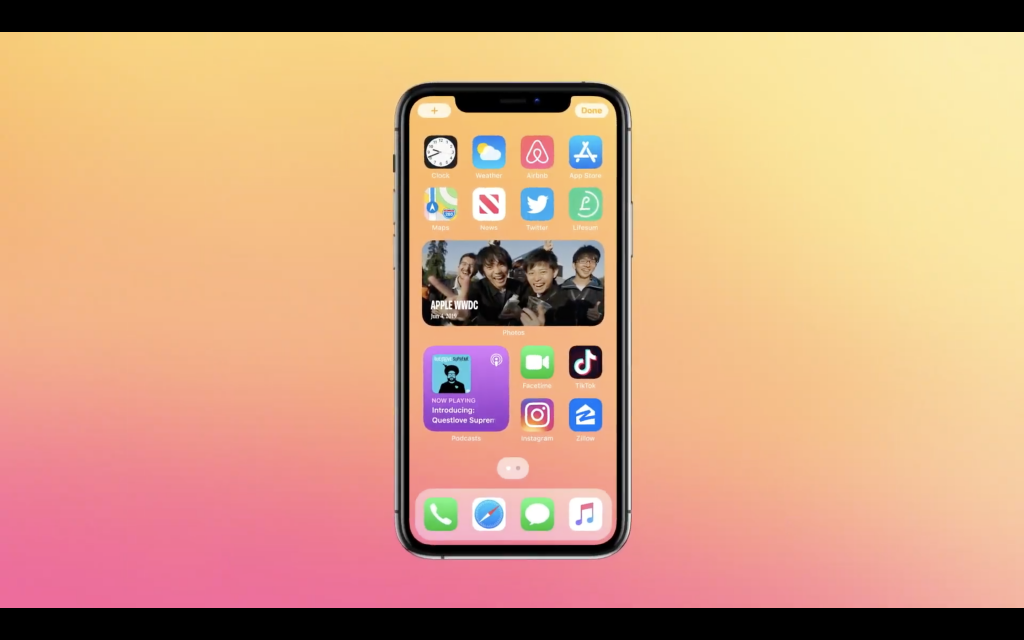 These widgets will likely be a power-user feature and not for everyone, however for me having glanceable information – akin to complications on the Apple Watch – on my phone rather than having to delve into an app is welcome. Having the current temperature always visible, or what Podcast is playing, just makes sense and I am surprised it has taken Apple this long to add it.

New iOS updates also bring new features to lots more people. You don’t need to invest in a £1000+ iPhone to get them, instead you just need an iPhone 6S or newer. If your phone runs iOS 13 then it’ll run iOS 14 and Apple proved once again just how far ahead of Android it when it comes to software updates. Just how well this update works on those older phones remains to be seen.

Related: Which iPhones will get iOS 14?

The release of the new iPhone will always get more hype and more people interested. But when it comes down to it it’s the software that makes a phone truly fantastic, or not worth bothering with.