Smart Bluetooth enabled devices have been exploding on the scene over the past few years, particularly since the advent of the Internet of Things. The invention of low-power Bluetooth 4.0 has enabled gadgets to have a much longer lifespan on battery, a useful feature for mobile or wearable gadgets.

So far the most high profile of these haven’t set the world alight. The plethora of smartwatches like the Samsung Gear 2 or Sony SmartWatch 2 and smart thermostats like Nest or Hive are just scratching the surface of what will be possible in the coming years.

Bluetooth SIG, the consortium behind Bluetooth, showcased some innovative new products and services at an event in London. Aside from bigger names like Polar with its new heart rate monitor, Loop fitness tracker and chunky GPS enabled V800 sports smartwatch (reviews coming soon) there were plenty of smaller, Kickstarter funded, products. One such is the nifty Lupo, a tracking device that doubles as a remote for your phone or tablet, another CSR Mesh, a hub-less service that lets you control all the smart devices in your home with one app.

Here are some of the highlights of the event: 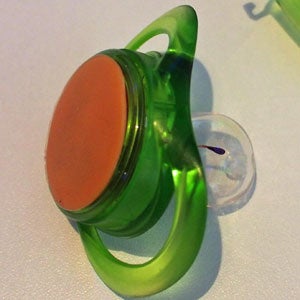 BlueMaestro has developed Pacifi, a smart pacifier that can track a baby’s temperature as well as coming with a proximity sensor that helps you locate it if lost. Got a baby Houdini? The Pacifi can also be set to alert you on your phone if your baby moves too far away. Starting at around £25 this will be coming to market later in the year.

Something BlueMaestro already has on sale is the Tempo environmental monitor. This logs all sorts of information such as temperature, humidity and barometric pressure and can send alerts to your phone based on alerts you’ve set. It’s good-looking and water-resistant too, meaning it’ll sit as happily in a bedroom as it will in a vegetable garden.

A small plastic box called BluCub is a similar environment monitor from Mesh-Net. Set to retail at around £50, multiple BluCubs can be placed in different areas, all controlled from one simple app. Aimed a little more at the commercial space, the BluCub is perfect for wine cellars and plant nurseries but can also be used in baby rooms or cigar humidors. 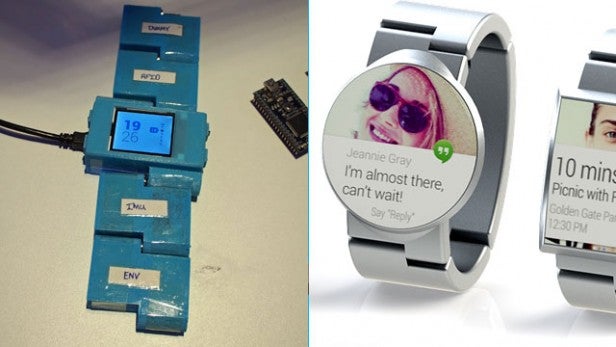 Google’s modular phone, Project Ara, may be in the pipeline but modular smartwatches, arguably, make a lot more sense.

Still in the prototype phase, Blocks is a Kickstarter funded project aimed at making the first modular smartwatch. The premise is simple and engaging. We all have different needs, some like to track their fitness, others want a smartwatch for the convenience it offers when paired to a phone.

Blocks will let you choose which functions you want on your wrist. Use your Oyster card a lot? Then add the Oyster Block. Into measuring your fitness levels? The fitness tracker block will be right down your alley. Or simply go for more stamina with an extra battery Block. The possibilities are limitless and we’ll be keeping our eyes on how Blocks progresses.

The Brains of the House

Oort is the first universal wireless BTLE iBeacon system and has just hit its Kickstarter goal of $100,000. Consisting of a multi-radio Wi-Fi/BTLE hub it can control all the smart devices in your home via one app. This allows you to build compelling usage cases that fit in with your lifestyle.

By setting up proximity actions via the Oort app you will be able to, for example, ensure all your lights turn off and your door is locked when you leave the house. Or why not set the radio to play and the coffee machine to start when your fitness tracker tells Oort you’re waking up? 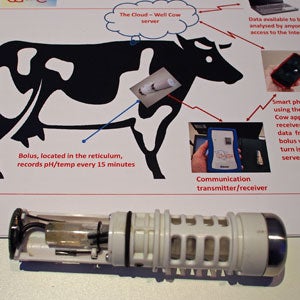 One of the more bizarre products on display was also one that showed just how many applications smart Bluetooth products can be put to, and how many different problems they can solve.

The Well Cow Smart Sensor is a chunky Bluetooth device that is ingested by the cow and sits in its first stomach. It alerts the farmer if the acid in the cow is reaching dangerous levels, a problem that can lead to illness and a lack of milk production. It may sound niche, but this is a problem that costs “hundreds of millions of pounds a year” according to Well Cow director Malcolm Bateman.

The devices on display at Bluetooth SIG’s event showed just a few of the many applications we can expect from the Internet of Things and the connected home. It’s not just about smartwatches and smart thermostats, you know.

Next read: Bluetooth 4.1: What is it and why should you care?