Christmas is coming and if you know your tech then you know the golden rule: buy your gadgets as late as possible. The logic is simple: prices are always falling and new products are announced every week. At TrustedReviews our reason d’être is helping you make wise purchasing decisions and there is no easier way of doing that than by checking out our 2011 Awards winners. That said sometimes it is equally important to spell out what NOT to buy so if you don’t want the gloss knocked off your presents within months of purchase we suggest extreme caution with the following categories…

Apple and Android Tablets
Our first category is also likely to be the most controversial. Tablets are seen as the must-have product this Christmas, but despite being comfortably into their second generation of devices we suggest you wait a little longer – no matter which device you have your heart set on. 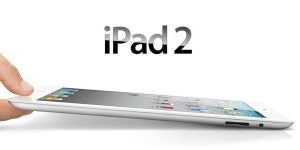 Yes, believe it or not, this is doubly true of the iPad 2. Apple’s all-conquering tablet has redefined the sector, its array of tablet-specific apps is unparalleled and despite rivals with better cameras and faster hardware it still performs as well as any. The problem is the iPad 2 is now 10 months old and Apple refreshes its products roughly every 12 months. This means buy an iPad 2 this Christmas and you’ll be looking on enviously by February/March. Is the iPad 3 worth waiting for? We can tell you what you need to know and all signs point to yes, so stick to gift certificates.

The same is true for Android tablets. There are notable highlights such as the Samsung Galaxy Tab 10.1 and Asus Eee Pad Transformer, but none come with the latest and most important version of Android to date: v4.0 Ice Cream Sandwich. Furthermore while Google has already shipped the first ICS handset in the shape of the Samsung Galaxy Nexus we await a timeframe for ICS tablets and formal commitments from many tablet makers that their existing products will be upgraded. 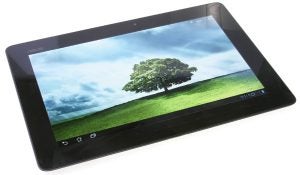 If you must go down the tablet route the safest bet is the exceptional Asus Eee Pad Transformer Prime. Launched this week it combines powerful hardware with stylish and practical accessories and Asus has committed to bringing ICS to the Prime as soon as possible – however the tablet will only be available in the UK from January.

Away from the Prime you are in murky territory. The aforementioned iPad 3, the struggles of RIM’s BlackBerry Playbook and the failure of HP’s webOS-based TouchPad are all cautionary tales against early adoption while Windows 8 tablets will present an intriguing new alternative in late 2012.