The Division can be an uphill struggle in its opening hours. You’ve got a great number of systems and some incredibly tough situations to contend with, and while you can follow the tutorials and browse the built-in guidance, some aspects can be left unclear. Don’t panic; you can and will master it, but to help you along the way, TrustedReviews has put together a few handy hints and tips.

Barring the Dark Zone, the map of Manhattan is wide open. However, it is divided into districts, each containing content aimed at a certain character level. You can survive for a few minutes in, say, the Flatiron district if you’re only level 8, and taking out a few enemies during your visit can be a good way of racking up experience. However, try tackling any side-missions or encounters, particularly solo, and you won’t last long at all. Similarly, it’s pointless tackling the main story missions if you’re more than one or two levels below the recommended.

You might think you’re a badass, but your skills, stats and weapons won’t be up to the job.

The action in The Division is all about cover. Run-and-gun heroics or moving through the open will only get you killed – and often fast. Obviously, tapping the cover button while near a wall or barricade will get you into cover, while pressing aim will pop you up to take a shot. Pressing fire without aiming will see you blind-firing. 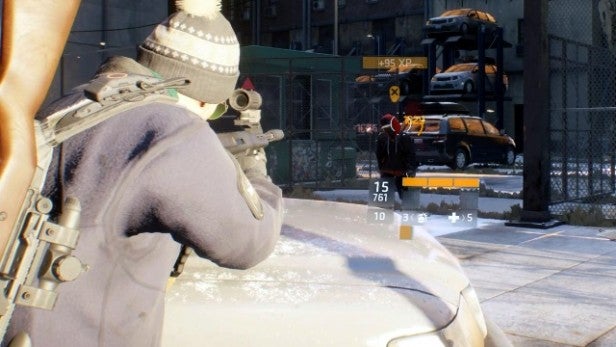 However, what isn’t so apparent is that pressing and holding the cover button will allow you to advance to the next bit of cover without exposing yourself to incoming fire. This is crucial, because sitting still for minutes on end will a) guarantee a regular supply of grenades to your vicinity and b) stop you reaching a good vantage point to hit those hard-to-hit foes.

The Division gives you an exciting array of skills, but before you get too hung up on those lovely homing mines and flamethrowing turrets, remember the basics. Pulse sounds boring – it only sends out a radar that detects and marks enemies – but it can be crucial when you’re making your way through hostile territory, particularly if you’re playing solo.

The Support Station (with mods) or Recovery Link can revive downed agents – or even you if you use one before you go down. Both are worth having if you’re playing solo in the early stages, and also go down well if you’re in a group.  Otherwise, the Turret or the Ballistic Shield can both be handy, the former distracting or suppressing incoming bad guys, the latter keeping you protected when you need to make a move.

You can solo The Division, particularly the side-missions and encounters on the open map, but the story missions are always easier and more fun with other players. For one thing, you have more firepower (though you’ll also face more enemy numbers) but for another you can heal and revive each other, giving you a better chance of getting through missions with ‘no respawn’ zones. It’s not hard to find a group, either. Find the mission marker (the area with the text panel, marked on the map), then press the square/X button to find a group, the X/A button for quick matchmaking, then click the right thumbstick to jump into the game.

See also: How to turn a Raspberry Pi into a retro games machine

Don’t grind (unless you have to) 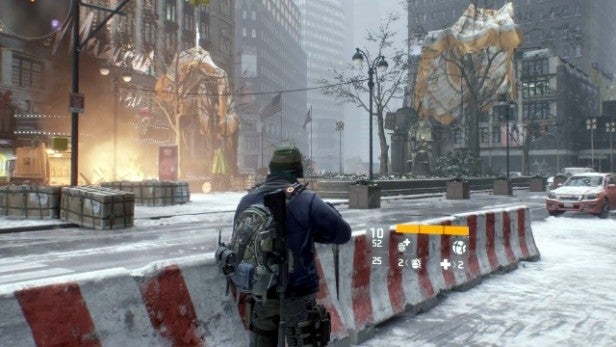 One problem you’ll have, even early on, is that if you focus too much on the story missions you won’t level up fast enough to handle the next one. Relax, chill out, and just enjoy the other stuff out there. Run the encounters – smaller-scale combat missions which are usually ideal for solo or two-player play. Try the different side-missions, or try travelling to another safe-house and see what happens on your way. And if that still leaves you short, you can replay the missions on harder difficulties and come out with more XP and new loot.

Tool up for the job

Keep shooting and keep looting, then keep re-evaluating your current gear. You have three weapons and numerous items of armour (or gear in Division terminology), and there’s a good chance that the stuff you’re picking up is better than the stuff you’ve got. Remember, too, that all your weapons can be modded, and mods can have a dramatic effect on a weapon’s power.

With the right optics, muzzle, ammo clip and grip you can transform a merely solid SMG into a super mid-range and close-up weapon. Meanwhile, a new clip can turn some sniper rifles into much more versatile mid and long-range weapons. Finally, damage per second isn’t everything. While some of the sniper rifles fire an absolutely devastating shot, the time between shots and the reload times will leave you vulnerable in many situations. A less obviously damaging weapon might do a better job of keeping you alive. 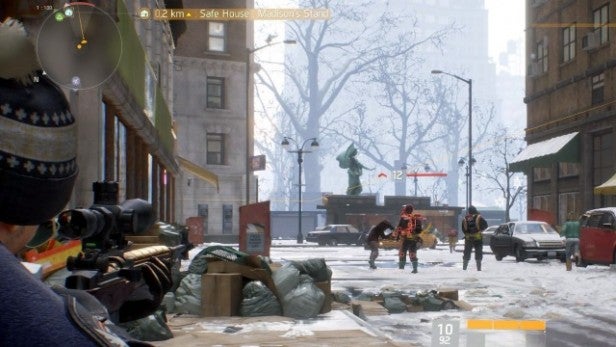 When you find and open a new safe house, remember to look at the map and get a sit-rep from the local JTF officer.  That way you’ll get all the local side-missions, encounters and activities on your map, and you’ll have a much bigger range of stuff to do.

Be a team player

While you can only switch quickly between three weapons and only field two active skills at any time, there’s nothing to stop you carrying more weapons and having more skills, then switching between them on the fly. If your team is big on shields, turrets and homing mines but low on healing items, switch around. Ditto is everyone’s packing rifles but you keep getting stuffed by enemies up-close. It pays to be flexible. It’s also worth noting that many of the skills, mods, perks and abilities combine, and that some will have effects on your comrades too. Try and work out killer combos that will enable massive damage or help your group stay on its feet.

If someone’s down and you can get to them safely, then revive them. Soon you might go down and need the same from them. That doesn’t mean be a fool about it and race quickly into the jaws of death, but stay aware of the group’s medical condition and do what you can. Remember that some skills, like the Support Station, can revive at a distance with the right mods.

Make the most of every crisis

Many of the side missions have predictable loot caches to sweeten the deal. Rescue hostages, for example, and you’ll nearly always find a crate or chest nearby. Similarly, the hugely annoying comms uplink missions will often send you over rooftops or through apartments where there’s stuff to grab. It can make life easier to treat one run of these as a loot-grabbing rehearsal, then go for another run when you’ve worked out exactly where you need to go. 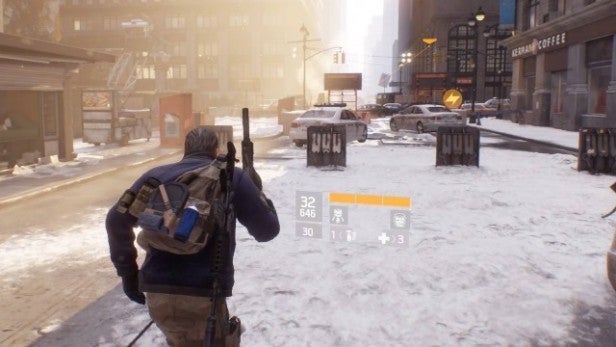 You’ll keep finding civilians in need wandering Manhattan. Give them what they need and you’ll get XP and sometimes clothing – and did you really need that energy bar or water bottle, anyway?

It’s the Dark Zone, but don’t be mean

Sure, there’s PvP in the Dark Zone, but if you don’t spend some of your time shooting the mobs rather than the other players, you’ll struggle to get any loot worth having.

By all means, treat your fellow players with suspicion and watch your back, but don’t go in shooting, help them when they’re in trouble, revive them if it’ll make the current encounter easier and don’t always kill them just when they’re about to get their loot extracted. It won’t always end well for you, and you will get a bounty on your head.