Tom Clancy’s: The Division landed with a bang at E3 2013. The demo at Ubisoft’s keynote drew audible ‘ooohs’ and ‘aaahs’ from the media in attendance and deservedly turned it into one of the belles of the E3 ball. Between its nightmare-inducing premise, the promise of co-op and PVP play in a massive open world and second screen functionality that looked like it might work, The Division was soon on the radar of journos and players alike.

Of course, in the years since, some of its shine has rubbed off – and not just because the rather compelling second screen play was canned. Over the last few years, in spite of the fact Ubisoft seems to be one of the few top-tier publishers making a genuine effort to make new IPs, a stale air of familiarity has started to waft over its games – even those yet to leave the assembly line.

Watch: 5 Things You Need to Know about The Division

The biggest criticism that’s aimed at the French publisher is that too many titles adhere too slavishly to what what is colloquially labelled ‘The Ubisoft Template’. Leaving aside Ubisoft games that aren’t open world – Rayman, Trials, Grow Home and Valiant Hearts – a lot of franchises under Ubi’s umbrella contain features that overlap so much you have to wonder if their development was more a box-ticking exercise than a creative process. 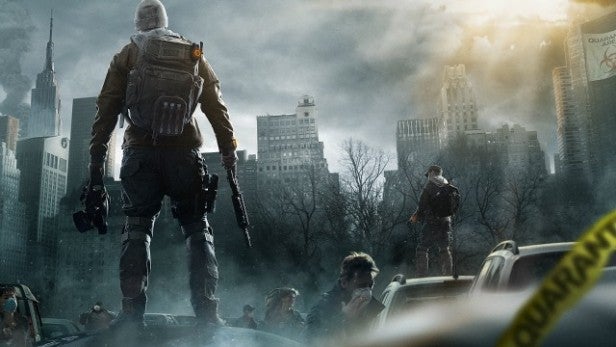 Assassin’s Creed players know the drill better than most, mainly because theirs is the birthplace of the open-world template. The basic structure is to plonk players in an environment and then send them running towards structures which, once they’ve ascended, they can use to populate the gargantuan world around them with quests, collectibles and other points of interest. It’s a key plinth in forcing players to explore their surrounding while getting to grips with mechanics – and it isn’t a million miles away from what players are required to do in the Far Cry games (radar towers) and Watch Dogs (CTOS nodes).

Assassin’s Creed even flirted with four-player co-op in Unity, a feature also present in The Crew, Far Cry 4 and The Division. The necessity of working together is something that seems to sit at the core of The Division, and yes, it’s set in a massive open world filled with the usual set of quests and points of interest. However, in this instance, there are reasons to be optimistic that developer Ubisoft Massive will break from the mould enough to make The Division feel like a fully formed title in its own right, rather than a different gravy on the same Ubisoft meat.

First off, the gorgeously presented landscape doesn’t require players to scale buildings or radar towers in order to unlock new parts of it. The eerily deserted streets of New York are open for exploration from the get-go, and while players will run into numerous NPCs hell-bent on their undoing, The Division also offers encounters with people in need of aid, reaching out in desperation. 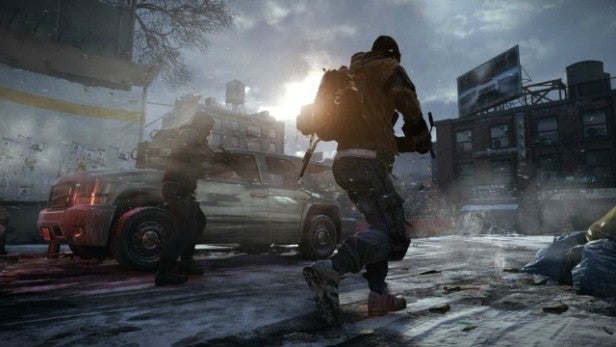 The biggest departure for an Ubisoft game is The Dark Zone, The Division’s PVP mode where pretty much anything goes. Interestingly, for a game that hinges on decent communication and teamwork, The Dark Zone tosses the rulebook out of the window and opts, instead, for a paranoia-inducing experience in which your mates are as likely to have your back as they are to stick a knife in it.

As teams wander through The Dark Zone, every character they encounter is both a potential ally or enemy and this is true right up until a mission’s completion where a teammate who has pulled you out of the fire numerous times may decide to take you out for your share of the loot. It’s probably the closest The Division comes to realising the nightmare reality presented in its ghoulish, pandemic premise. 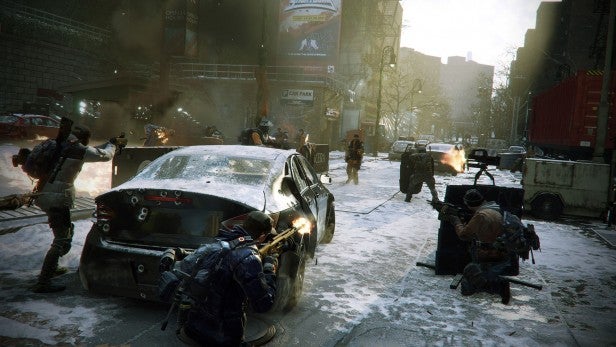 Look, there’s still quite a bit of work that still needs to be done for me to be completely won over by The Division. The combat could use a lot of tweaking since every character in the game – player and NPC-alike – is a bullet sponge. In a game where a player is tasked with saving not just a city, but civilisation as we know it, firing a gun that feels as though it’s loaded with frozen peas doesn’t really feel empowering.

Furthermore, if you wanted to be unkind, you could say that Ubisoft has expanded its template to include games made by competing developers – in this instance the most obvious comparison one could make would be to say The Division is to Ubisoft as Destiny is to Bungie. At its core, like Destiny, The Division is a shoot-and-loot in which garnering new equipment, weapons and skills is the order of the day. Unlike Destiny, however, The Division feels far more ambitious in its setting; its environment truly feels like an abandoned city rather than a series of corridors on different planets and all of it’s shot with a choking amount of grit – world’s apart from Destiny’s more inviting, if slightly rust-covered, universe.

The Division doesn’t look like it’s going to reinvent the wheel, but it does look like a significant enough departure to warrant interest. It may have its issues, but for the first time in a while, it looks like players won’t be running the same set of tasks after they’ve cracked open the box of an Ubisoft open world game. Well, we hope so, at any rate.