Some three years after it was first announced, and a similar period on from the launch of its predecessor, Tesla has announced the final retail availability of the Model X.

In truth, the tone of the event was more like that of an initial product announcement, such was the buzz surrounding the car, not to mention the level of good will towards Tesla and its charismatic CEO, Elon Musk.

The Tesla Model X is the world’s first luxury electric SUV – a car that has the impressive drivetrain of the Model S sedan, but the capacity for people, luggage, and sheer cool STUFF of a modern high-end SUV.

Here is a selection of our favourite Model X features. 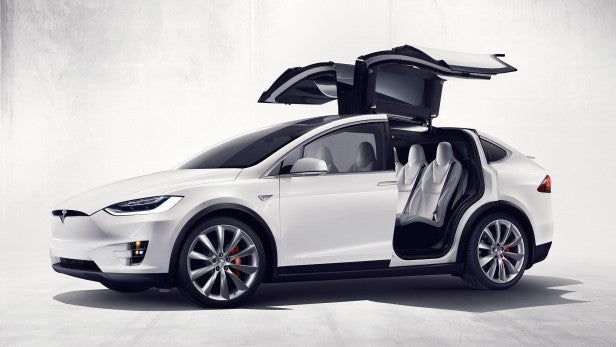 The Tesla Model X’s signature feature is arguably its rear doors. How many times can you say that about a car?

These flip-up doors, which Tesla is labelling “Falcon wing” doors, have a unique two-hinge design. This means that they lift and fold in slightly as they open.

This means that unlike the gull wing doors that have found their way into a number of cars over the years (think the DeLorean and the Mercedes Benz 300 SL), the Model X’s can open even in the tight confines of a carpark. They’ll also detect when the ceiling is a little low (such as in a garage) and alter their opening arc accordingly.

Their design also allows for easy access to the three second row seats, as well as to the slightly more confined third row (the car seats seven people in total).

It’s not just the rear doors that are cool. The front doors, while a little more ordinary in their opening alignment, will detect when you’re approaching and open for you. They’ll also close themselves behind you. 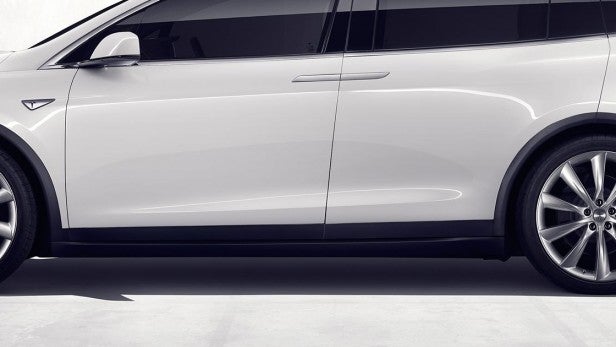 Tesla is a high-end electric car company, so of course we were expecting the Model X to come with an impressive power unit.

We get just that, with a flat 90 kWh powering the Model X’s twin motors across 250 miles between charges. What’s more, when it comes time to charge up, it can be done in just 30 mins at a Tesla power point.

But what’s really clever is the second and even third function that the Model X’s battery fulfils, both of which make it a safer car to drive.

Thanks to the flat, low-mounted nature of the Model X’s battery, the car has a much lower centre of gravity than other SUVs. This means that the chances of its rolling when cornering at speed or in an accident are much reduced.

Also, the battery’s position along the floor of the car makes it more rigid and resistant to side impacts. Combined with the fact that there’s no engine block, so the front of the car is one big unobstructed crumple zone, the company claims that Model X would attain a six-star NHTSA rating – if the scale didn’t only go up to five star.

Related: 5 secret Tesla Model S features to get excited about 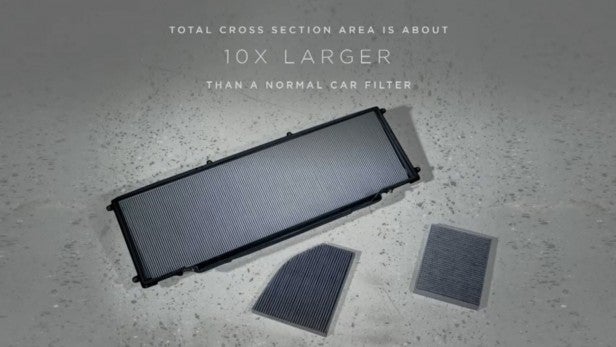 Anyone with a modern car and allergies will appreciate the positive effect that modern car air filters can have. Stepping into a newish car can offer blissful respite from a polluted city, or even from hay fever.

The Tesla Model X takes the matter of air filtration to extremes. Its primary air filter is about ten times bigger than most rival efforts, while it even has a secondary filter that’s larger than most primary ones.

But that’s not all. The Model X even has a crazy “bioweapon defence mode” (Musk’s words), which is said to create positive pressure within the car, keeping pretty much anything harmful out. 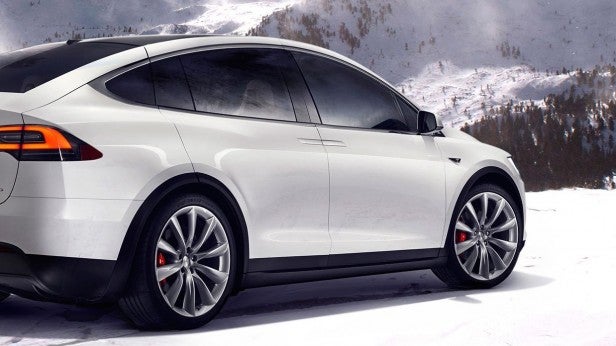 The ‘standard’ version of the Model X, which is known as the 90D, can do 0 to 60mph in 4.8 seconds. That’s pretty impressive for an SUV, placing it in the company of much smaller, sportier cars from Audi, BMW, and even Aston Martin.

A quick scan of the internet placed that in the company of the 2014 Chevrolet Corvette Z06 V8 and the 2011 Ferrari SA Aperta Pininfarina 6.0 V12.

In other words, this is the performance of a modern supercar. From a seven-seater electrically powered SUV. Incredible.

It’s no wonder that you have to select a special mode to be able to go this fast in the Tesla Model X, nor that this is known as ‘Ludicrous mode.’ 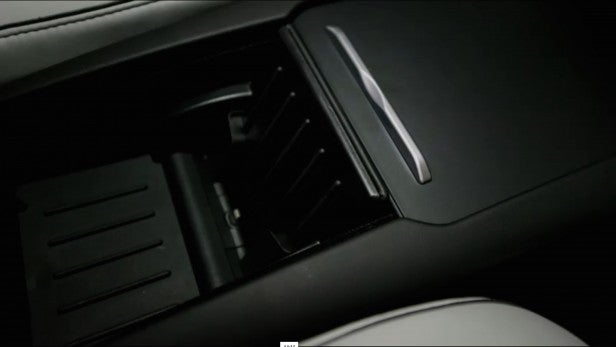 We almost feel a bit silly mentioning this after all those biowarfare buttons and supercar modes and intelligent falcon wing doors, but hey – even Elon Musk chose to highlight it during his brief presentation. Are you going to argue with a man who’s plotting to nuke Mars?

We’re talking about the Model X’s blind phone holster feature. This snug central console cubby lets you hook your phone up and position it safely without having to look down or fiddle with wires.

It’s such a simple idea – especially in relation to the rest of the car it’s found in – that we’re amazed it’s not already a standard feature in every new car.

There are adaptors available for every variant of phone, apparently, so everyone should be able to secure a snug fit regardless of platform. Elon Musk is platform agnostic in a way that only a visionary who wants to make the world a better place can be.

“It’s a small feature but an important one,” said the great man. So there.