Tesco tablet vs Argos tablet: Who wins the battle of the cheap Android tablets? We see how the Argos MyTablet matches up to the Tesco Hudl tablet as compare specs, price and key features.

Just weeks after Tesco Hudl entered the tablet fray, Argos is the next high street retailer hoping to get a slice of the slate action leading up to Christmas with its 7-inch MyTablet Android tablet.

Both cost under £150 and while they might not look as nice as the iPad Mini or Nexus 7 2, they do offer enough features to browse the web, watch video, play games and download apps.

The Argos MyTablet at £99.99 is cheaper than the Hudl, but can it match the Tesco tablet in the specs department? With the reviews done, we put the budget Android tablets head-to-head to find out.

The Tesco Hudl with its Amazon Kindle Fire HD looks and textured back is by no means as sleek as the Nexus 7 2, but it has a durable, and robust body to make sure it can withstand everyday knocks and bumps. The bezel is also raised to help protect the display when it’s placed screen-side onto a table.  Ports and buttons are also laid out be used predominantly in landscape mode.

You could be fooled into thinking the MyTablet is a 7-inch sized iPhone 5S with the metal back and plastic strip giving it the two tone effect.  On the surface it looks solid enough, but there are many areas of the design that scream cheap. There’s a worrying flex to the back of the MyTablet and you can poke your fingers in between the grilles covering the speaker.  The connection ports are too tight making it an issue to plug in the charger.

It does have a taller, much thinner profile than the Tesco tablet but the metal back doesn’t add anything in terms of comfort. The Hudl is more robust and definitely has a more family-friendly design. 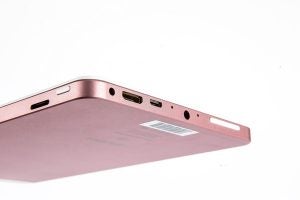 The Hudl features a decent 1,400 x 900 HD display with 242 ppi that’s pretty good for a cheap Android tablet. The MyTablet’s 1,400 x 900 screen is low quality and the 169ppi struggles to deliver clarity or accurate colours. Viewing angles are also poor giving video and games a washed out look. Screen responsiveness is lacking and at times takes several presses to select and launch applications. The Hudl is screen is not fantastic, but definitely wipes the floor with the Argos tablet. 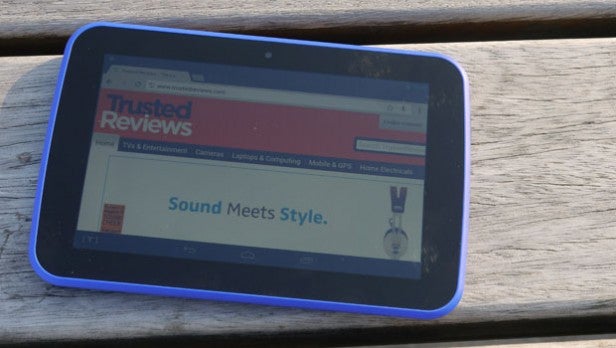 Both run on the same version of Android, so neither are bang up to date with Android 4.3 out of the box. You’ll be able to download apps from Google Play, make app folders and customize homescreens just as you can on other Android tablets. Tesco has a strong but not an overbearing presence throughout the user interface, adding a dedicated Tesco button to access services like online shopping and banking. 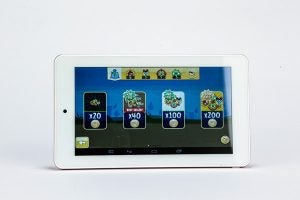 The MyTablet serves up a recognizable Android 4.2.2 Jelly Bean experience with Google Play Access, Google Now and all the features you’d expect from a Jelly Bean tablet. The only notable difference in the UI is the inclusion of a screen capture button next to the home button which can be removed in Settings. The Argos presence is not as great as it is on the Hudl with just the store app to lure you into buying some garden furniture.
Winner: Tesco Hudl 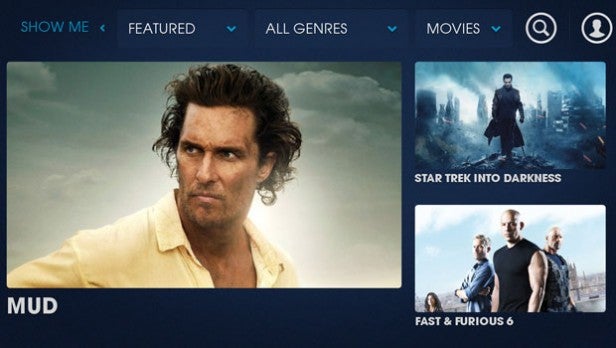 With 19 pre-installed apps, the MyTablet includes catch-up services like iPlayer and games like Angry Birds and lesser known titles like Jupingo. There’s a Bush support app to walk you through the tablet and run tests to check for dead pixels and even check the accelerometer. It’s far from user-friendly and for someone who has never used a tablet before could seem daunting. It also lacks additional services like Tesco’s own Blinkbox to add some unique content.
Winner: Tesco Hudl

Both Argos and Tesco are claiming its tablets can be used safely for the entire family and the supermarket giant. While there’s plenty of useful, well-presented information on what child safety apps to install and content filters to apply, there’s nothing specific Tesco adds to make it more family-friendly. 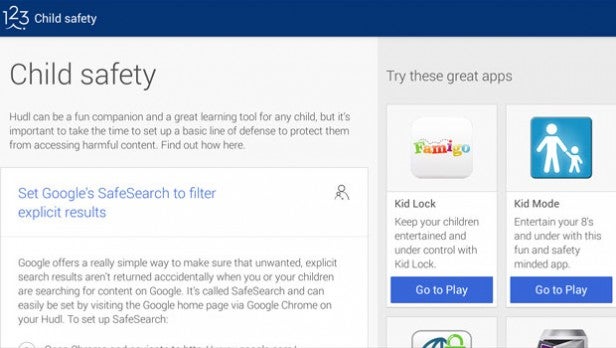 It’s the same with the Argos MyTablet. You won’t find anything in place to make this a safer tablet for children, but at the very least the Hudl does offer plenty of well presented information to advise you on what content filters to apply and apps to download to stop younger users accessing inappropriate content.

In our Tesco Hudl tablet review, the two cameras were low on quality and performance. There’s no flash or autofocus and it really struggles to take pictures in low light. There’s not much between the two in this department. 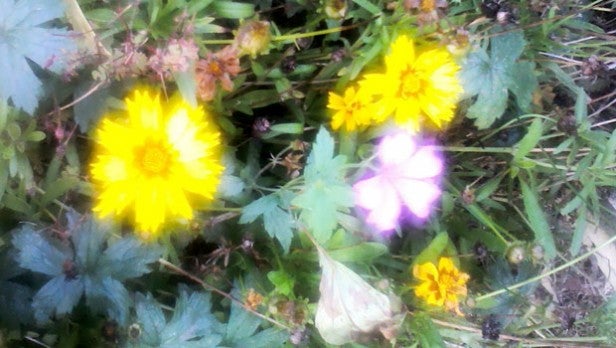 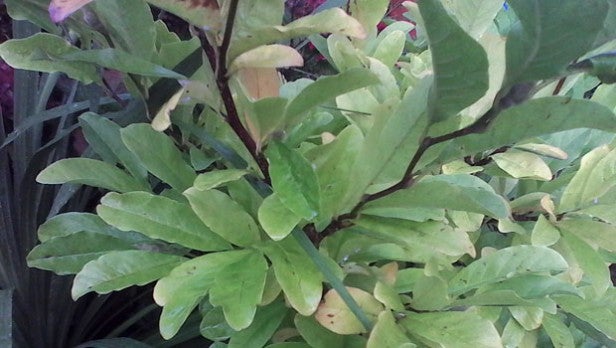 The MyTablet cameras are average at best. It uses the same Auto and Night modes as the Hudl and you can also select from preset brightness modes. Images are on whole noisy, lack vibrancy, colour accuracy and pretty much anything else you’d associate with good photos. It’s much the same shooting 720p video and using the front-facing camera for video calls.

While there’s still a debate over whether there is a major difference between a quad-core and dual-core CPU, the Hudl is well equipped to take care of everyday tasks like web browsing and checking emails. It is a bit of a strain for running games like Real Racing 3 though. 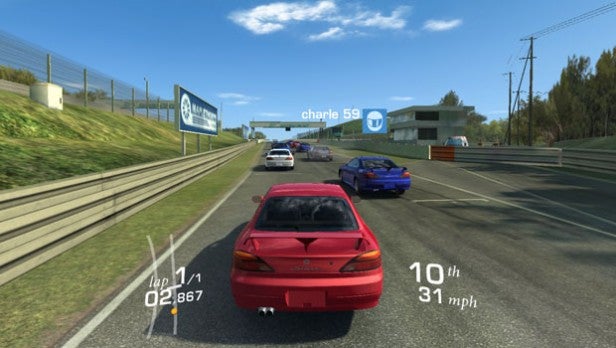 There’s a dual-core processor clocked at 1.6GHz supported by 1GB of RAM to power performance but results are far from slick. Swiping through homescreens and launching applications is sluggish.  It does handle video streaming well and runs games like Real Racing 3. When you are running several demanding apps at once, it begins to show signs of strain.

Both cheap Android tablets are Wi-Fi-only and match each other in the connectivity department. The Hudl does additionally offer GPS and has dual band (2.4GHz and 5GHZ) Wi-Fi to improve connectivity.

To store files, movies and pictures, the Hudl gives you a decent 16GB of internal storage capacity that can be expanded up to 48GB via MicroSD using a 32GB card. The MyTablet only offers 8GB, but does include a MicroSD card slot to ramp up space to 32GB. 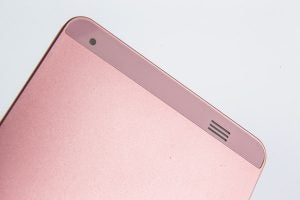 In what is likely to be a decisive factor choosing between the two, the Hudl has a massive advantage in the battery department. When we tested the Tesco tablet, it managed around 7.5-8 hours of battery life which is a decent performance.

The 3,000mAh battery nestled inside the Argos MyTablet should give you a not so great five hours of battery life. It’s actually less than that, and is closer to four hours. It does manage to add 10-15% in a 30 minute charge at critical battery level (below 10%), but on the whole it’s a poor showing

The Argos tablet undercuts the Tesco tablet by £20 making it almost £100 cheaper than the Nexus 7 2. You can of course grab the Hudl for significantly cheaper if you have enough Tesco Clubcard points and can actually get it for £60. Considering the specs you can get in return, that’s pretty good value.

This is a comprehensive victory for the Tesco tablet. It’s better in pretty much all departments. Whether it’s the screen, quad-core power performance and crucially the battery life. The Argos MyTablet is a truly terrible Android tablet and is a reminder of how bad cheap 7-inch slates used to be until the Google and Amazon decided to to something about it. If you can afford to spend the extra £20, we suggest you do. The Tesco tablet wipes the floor with the Argos tablet.

Next, read our Tesco Hudl vs Nexus 7 2 comparison