At CES 2014 back in January, graphics card giant Nvidia announced the follow-up to its Tegra 4 SoC (System on Chip) – and it wasn’t called the Tegra 5.

The Tegra K1 was something else entirely. Something much more.

Here was a mobile chip that promised to place unprecedented graphical power into the palms of our hands.

The Tegra K1 chip is special not because of its main CPU technology, which subscribes to a fairly typical high-end quad-core ARM A15 set-up (in its basic form at least).

No, what makes it special is its GPU, which is based on Nvidia’s Kepler architecture. That’s the same architecture that can be found in recent GeForce desktop graphics cards.

This means that the Tegra K1 supports all of the major graphics rendering APIs typically found on your average desktop, and not on your average smartphone or tablet. These include OpenGL 4.4 and DirectX 11.2.

To quote Tim Sweeney of Epic Games at the time of Tegra K1’s announcement, “We can take absolutely anything that runs on PC or high-end console and run it on Tegra.”

The result is that the Tegra K1’s gaming credentials are not so much comparable with the likes of the iPad Air, but rather the Xbox 360 and Sony PS3 consoles. Last-gen consoles, for sure, but in the context of something you could conceivably throw in your jacket pocket, it’s truly impressive.

In fact, with a number of more advanced features and DirectX 11 support, the Tegra K1 is potentially more capable than those aforementioned consoles. 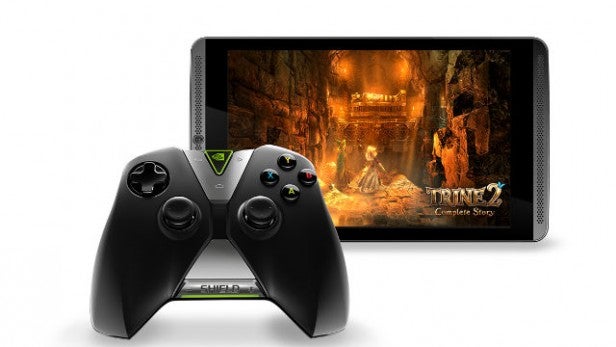 The Tegra K1 has already made its way into several devices. The Android-based Xiaomi MiPad is massive in its native China, but has yet to make its way to the West.

Benchmarks reveal that the MiPad is packing more than twice the GPU power of current mobile standards like Apple’s A7 chip, all thanks to the K1.

There is a Tegra K1 tablet available to western users, and it’s from Nvidia itself. The Nvidia Shield Tablet offers an 8-inch 1900 x 1200 display, stock Android 4.4.2 KitKat, and the Tegra K1 chip running it all. There’s also an optional Xbox One-like controller for a full console-like experience.

It’s not just tablets that are getting in on the Tegra K1 fun either. Most recently, the Acer Chromebook 13 has been announced as the first device of its kind to run on the chip.

This is a 13.3-inch netbook with the option of a Full HD 1080p resolution. It runs on Google’s lightweight, browser-based Chrome OS. The addition of Nvidia’s new chip could make for a great balance of price and performance when it launches in September, which is a balance most Chromebooks have struggled with to date.

It’s also rumoured that Google’s next (and possibly last) Nexus tablet, which may be known as the Nexus 8 or the Nexus 9, could feature the more advanced 64-bit version of the Tegra K1 (more on which in a moment). 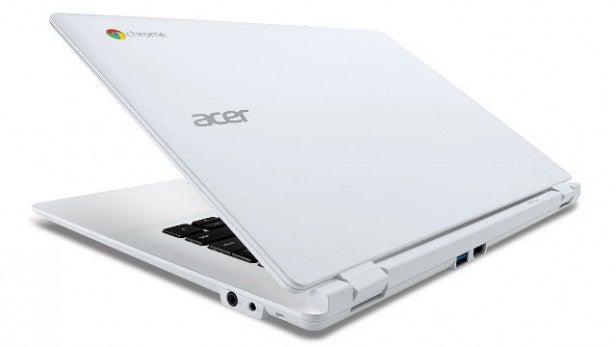 There are issues here that mean the Tegra K1 may not push mobile gaming forward quite as much as it could. As mentioned above, the chip is somewhat held back from achieving its full potential by being allied to old ARM CPU technology.

This makes for greater battery efficiency, of course, which is vital in a tablet or smartphone form factor. But it also means that the K1 can’t quite stretch its legs when it comes to rendering advanced games.

Of course, there is a more advanced version of the Tegra K1 built using Nvidia’s own Denver microarchitecture in the pipeline. This dual-core 64-bit chip promises to offer desktop-like performance in a tablet form factor that can really push that advanced graphics tech.

A bigger drawback is the fact that most of the devices that will sport the Tegra K1 will also run the Android OS. That brings with it a whole heap of problems. 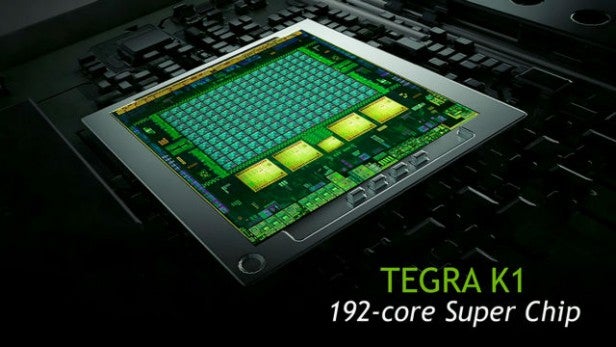 First there’s a overheads involved with running this famously resource-inefficient mobile OS. Then there’s the current state of gaming on the Android platform.

While it’s vastly improved over how it used to be, with an impressive and ever-growing number of high quality mobile games available on the Google Play Store, Android still lags behind iOS as a gaming platform. What’s more, your average Android game’s performance is rarely optimised for specific hardware in the same way that it is on Apple devices, thanks to the sheer range of Android hardware out there.

Unless Nvidia gets directly involved with the process, or the Tegra K1 chip really takes off with handset manufacturers, we’re unlikely to see game developers making the most of this exciting new hardware. If that proves to be the case, these Tegra K1-equipped devices could become the preserve of classic console emulation fans without really pushing mobile gaming forward.