In the first of a series, we explore how one country is trying to make its mark in the tech industry. This month, Tiffanie Wen takes us to Tel Aviv where tech startups are taking off in a really big way.

Ranked the fifth best startup ecosystem by Compass Inc., Tel Aviv has a higher startup density than any city in Europe and is home to some of the most innovative startups in the world.

With a combination of outsider investment, global market reach and domestic talent from universities like Tel Aviv University and The Israel Institute of Technology (Technion), it’s not a surprise then that Israel, a country that is slightly larger than the state of New Jersey, has been dubbed the ‘Startup Nation’.

“What I think is intriguing is the mindset of the entrepreneurs here,” says Yaron Carni, founder of Maverick Ventures, a VC fund that focuses on Israeli companies. “Israelis tend to never be content, which may be a frustrating way to live, but it also makes it so that they always try to figure out how to improve things. And that’s what makes them unique entrepreneurs.” He adds that more investors coming from Asia in the last few years in addition to Europe and the States.

Though it’s by no means an exhaustive list, here we highlight some of most innovative startups and tech they’re creating coming out of Israel.

Thanks to government initiatives like the establishment of a new national authority for operative cyber defense in the civilian sphere and even after-school cyber learning programs for teenagers to train the next generation of experts; intelligence, telecommunications and engineering training from elite units in the military; and traditional academic institutions, Israel has established itself as a global leader in cyber security, with more than 220 companies producing over $3bn in exports last year.

Two of our favorites: BioCatch creates unique profiles based on how users interact with banking and ecommerce sites to detect fraud on those same sites. By recognizing patterns of a return user, like the time it takes them to login, their mouse and clicking movements and how they scroll on a page, the system can detect potential fraudsters trying to log into their account.

Another firm, Argus Cyber Security protects critical systems in cars that are connected to the internet, like engines and steering, as well as less critical systems like the radio and AC from hackers by identifying malicious attacks and blocking them off from the rest of the car. The company made headlines last year when it revealed vulnerabilities in connected cars by hacking into a device made by Zubie Inc. that remotely connects to car systems.

Yoni Heilbronn, VP of Marketing for the company says it’s not a coincidence that one of the cofounders, and several members of the staff, he included, served in the IDF’s intelligence corps unit 8200.

“Having knowledge and expertise and experience doing the impossible under scarce resources, coupled with the entrepreneurial spirit that is well embedded in this unit means the culture of innovation is inherent with the alumni of this specific military unit as well as others,” he said. 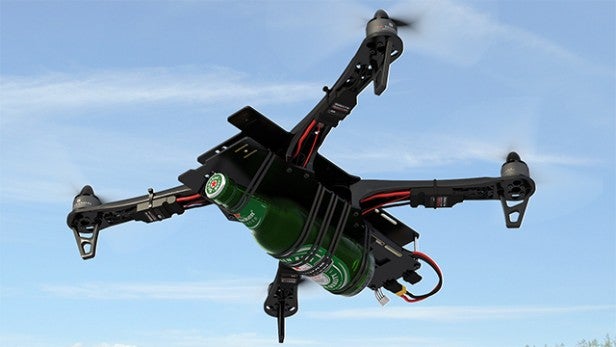 Flytrex drones will bring you your beer

Courier drones are taking off in the UK, as Trusted Reviews covered back in March. But the innovation in the industry is certainly not limited to the Brits.

Currently one of the leaders of drone black box technology with 10,000 clients around the world, Flytrex recently released its first drone—the Flytrex Sky—, which can be controlled from any internet-connected device and can deliver lightweight parcels.

“Using the supplied Flytrex Messenger app you can send your drone towards a friend on a fully autonomous mission. In a click of a button the drone takes off, flies towards your friend, while taking topography into account, and lands without any human interaction,” says Yariv Bash, Founder and CEO of Flytrex. “Using our Sky platform you can send a soda can to a distance of up to 10 miles.”

He says the company, which sells the Sky for $549, is currently working with clients in Africa and Eastern Europe to create customized drone deliveries that require carrying larger payloads and traveling longer distances. 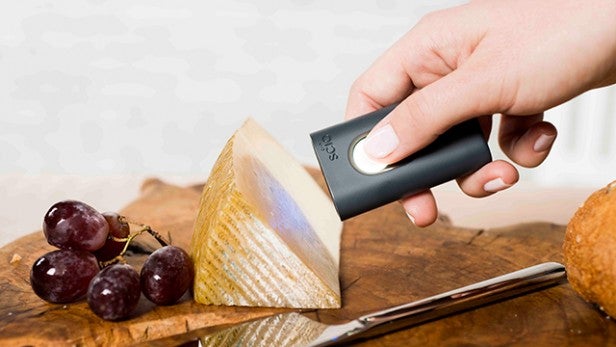 SCiO wants to scan your food

Molecular spectrometers work by shining light on material and identifying its chemical components based on the light that is reflected back. Though the technology has been commercially available since the 1970s, they were the “size of a living room,” according to Dror Sharon, CEO and cofounder of Consumer Physics. “Over time they got smaller and became handheld in the early 2000s.”

Now Consumer Physics has created SCiO, a device about the size of an iPod that can quickly scan substances, send readings to the cloud to be analyzed, and display the information on your smartphone. The technology itself is only about the size of a box of matches, already small enough to fit into a smartphone.

SCiO can tell you the nutritional content of food, how ripe fruit and vegetables are and differentiate between medications. “The assumption is that as we build a database of spectral fingerprints—people all over the world will be able to tell more about what they eat, drink and use.”

There are obviously some limitations—spectrometers can’t discern the components for things like metal or salt for example, because they reflect back 100% of light. And the measurements won’t be as precise as those from more expensive devices used in a laboratory setting.

But there are plenty of potential applications for food, cosmetics, agriculture, minerals, plastics, oil, gas and the human body, according to Sharon. And clearly demand from the public who are curious about their environment—$2.8 million of their funding was raised on a Kickstarter campaign last year.

Related: 9 gadgets that could save your life 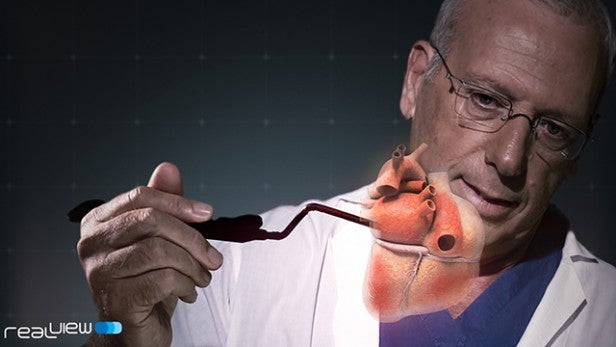 With academic institutions like the Technion making medical breakthroughs like Professor Hossam Haick’s nano-array analysis method for the early detection of stomach cancer, and over 1,000 Israeli companies specializing in healthcare or life sciences, it’s no surprise that the world is keeping an eye on Israeli medical technology.

One piece of technology that’s coming to the commercial market next year is Real View Imaging’s holograph display and interface systems, which produces live 3D holograms that float in the air and can be manipulated by doctors aiming to improve visualization during surgery or other medical procedures.

The systems have already been used in an angiographic evaluation for a 16-year-old patient and in other procedures at the Schneider Children’s Medical Center in collaboration with Phillips Healthcare.

Founder and CEO Aviad Kaufman emphasizes that the technology has plenty of other applications outside the medical field. He says that being based in Israel also meant he was able to put together a team of experts without having to get on a plane.

“One of our biggest strengths was that we were able to put together a multi-disciplinary team of super experts in their fields fairly easily because of the physical proximity of all these leaders in their fields in Israel,” he said.

Moovit wants to get you moving faster

For those who eschew driving altogether, transit app Moovit is The Waze of public transportation, and crowd sources user info to provide live updates and travel times on buses, metros and trains in cities around the world. As of September, the app boasts 28 million users in 700 cities and 58 countries, with 40% of the 250 cities launched this year being created through the Community Program, in which users help map cities with no publicly available information.

Alex Mackenzie Torres, VP of Global Product Marketing says there are advantages to developing and launching the app in Israel, including celerity in delivering a product, having a great test market in addition to the startup ecosystem. 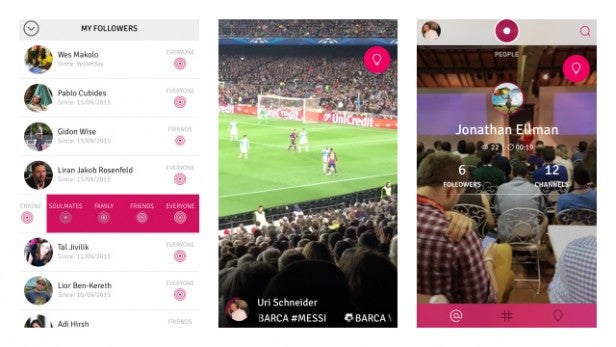 A cross between Instagram and YouYube, TVibes solves the problem of where to put all those lengthy videos clogging up the storage on your smartphone while allowing you to share videos with circles of friends of varying degrees of closeness (and therefore various degrees of privacy). The App, which counts producer Damian Colliers as a backer and launched last month, already allows users to organize their videos via hashtags, time and location, and will eventually allow users to check into specific events.

Cofounder Uri Schneider says TVibes allows people to share and utilize videos that otherwise go unwatched. “I went to the Superclásico earlier this year, and in those games everyone has their smart phone up and is taking videos. You have 100,000 people with videos that scatter as soon as the game ends,” he said. “With TVibes, if there’s a penalty goal and you have multiple people taking videos at the same time, you can easily find and see the goal again and again from different angles.”