It’s a pretty big deal, because it’s the first time an established Swiss watch maker has committed wholly to the smartwatch concept.

Most have been rather sniffy about the very concept, while others, have produced half-baked semi-smart hybrids at best.

The Tag Heuer Connected Watch, on the other hand, is arguably the first smartwatch to promise the best of both worlds – proper smartwatch features in a classic watch form factor. Here’s how it intends to provide that. 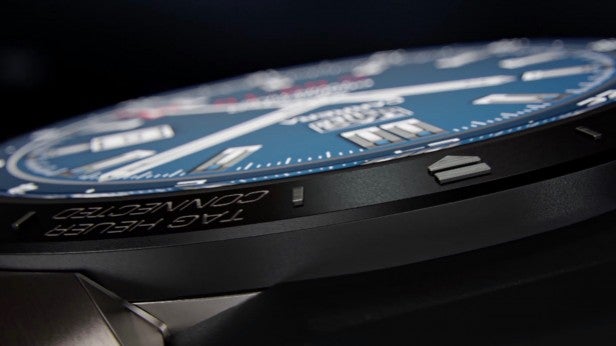 Tag Heuer has teamed up with Google and Intel to produce a fully fledged Android Wear smartwatch that doesn’t look like one.

In fact, at first and even second glance it looks just like a classic Tag Heuer watch. That’s because the watch maker has modelled the Connected Watch after the classic Tag Carrera mechanical watch.

It’s made of grade 2 Titanium, which means it’s simultaneously tough and light. That’s a good job, really, because this is one of the larger smartwatches out there at 46mm.

The display is covered in sapphire crystal glass, while you get a choice of six colourful wristbands to pair it with. 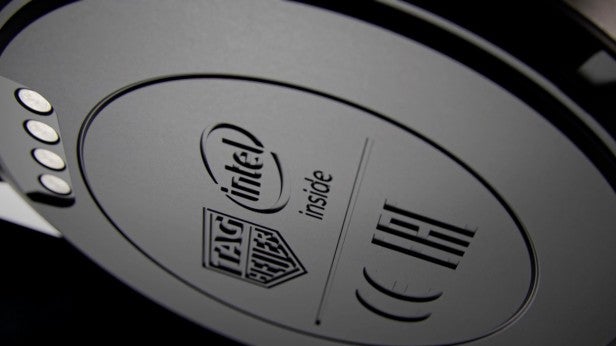 Most of what you’d expect from Android Wear

As we’ve already made reference to, the Tag Heuer Connected Watch is a full on Android Wear device, running Google’s sophisticated smartwatch OS.

Indeed, when you get past those traditional looks, the Connected Watch behaves much like any other Android Wear watch from Sony or Motorola.

It’s got Bluetooth LE and Wi-Fi connectivity, 4GB of internal storage, gyroscopic sensors, and “all-day” battery life that should last up to 30 hours with moderate use. It’ll also ship with a charging dock.

There are a couple of notable omissions, though. There’s no heart rate sensor for starters, so the Tag Heuer Connected Watch won’t be ideal for fitness fanatics.

Nor does the Connected Watch have a speaker, so notifications will only make themselves known through an in-built vibration motor.

Aside from its looks and price tag, the most notable feature of the Tag Heuer Connected Watch is the related “connected to eternity” initiative.

One of the lingering issues with smartwatches is the matter of legacy. A decent classic watch can be handed down to successive generations, whilst a smartwatch will be obsolete within two or three years.

Tag Heuer has gotten around that by offering to transform your Connected Watch into a full mechanical watch after two years – provided you don’t want to upgrade it to the latest model by that point, of course.

Such an upgrade will cost $1,500, which is the cost of the watch itself, so it’s hardly a high value proposition. But at least Tag Heuer is thinking about an issue that all smartwatch manufacturers are having, but seemingly refusing to face. 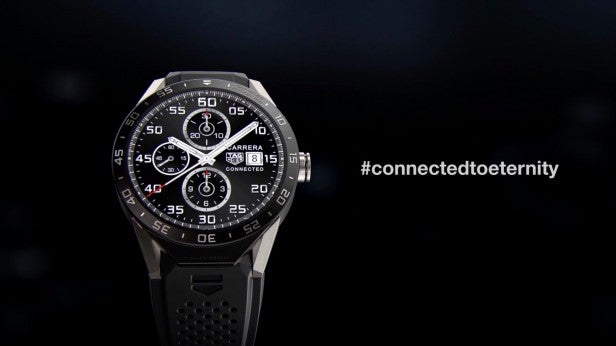 The Tag Heuer Connected Android Wear features three watch faces – a chronograph, a standard three-hand dial, and a world time face. All of these are available in black, white, or blue colours

In addition, Tag is working with its brand ambassadors to produce additional watch faces over the coming months.

Don’t like that generic watch face? Don’t worry, there’ll be new ones along from Tom Brady, Cara Delevingne, and Leonardo DiCaprio over the coming months.

As we’ve mentioned already, the Tag Heuer Connected Watch costs $1,500 (which translates to a little under £1,000), making it the most expensive Android Wear smartwatch yet.

It’s available to buy from today across nine Tag Heuer boutiques now, and will be in 19 retailers across North America from November 10. A global rollout is coming over the next month.