After a slow start, a number of models, and a few dead-ends, the Microsoft Surface range is finally getting into its swing. In fact, the range is at the heart of an exciting new class of hybrid devices.

In recent times we’ve seen both Apple and Google following Microsoft’s hardware lead in the  iPad Pro and Pixel C respectively. And that’s not something we thought we’d be typing up until quite recently.

But is it a meaningful update, or would you be better off saving the pennies and plumping for the older device? Let’s take a closer look at the differences.

The Surface Pro 3 wasn’t a slowpoke device. With fifth generation Intel Core i3, Core i5 and Core i7 options and either 4GB of 8GB of RAM the Surface Pro 3 was one of the fastest mobile devices on the market and easily outperformed most laptops and tablets when it was released.

Microsoft’s loaded the Surface Pro 4 with a choice of sixth generation Intel M, Core i5 and Core i7 processors and 16GB RAM, which offers a good range of performance options depending on your budget and requirements. Go for the i5 or i7 options, and you’re set for the foreseeable future. 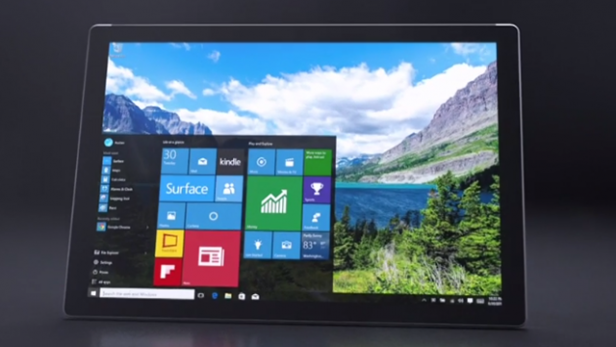 The Surface Pro 4 has a sightly larger 12.3-inch display, despite having the same dimensions as its predecessor.

Second, because it features special “PixelSense” technology. The PixelSense tech is designed to let the Surface Pro 4’s display recognise if the user is touching the screen with a finger, or stylus and optimise itself.

It works by using the screens backlight unit and a custom Microsoft G5 imaging chipset to bounce light off the object interacting with the Pro 4 which it then analyses. The Surface Pro 3’s redesigned Surface Pen was one area we felt was a slight step backwards. Unlike the first generation Surface Pen the Pro 3’s pen was based on N-Trig technology, as opposed to the more common Wacom technology and required a battery to run. The end result was a pen that felt slightly less responsive.

Microsoft has moved to fix this on the Surface Pro 4, loading it with a redesigned Surface Pen. The pen looks similar to the Pro 3’s, but it offers a superior 1,024 pen point sensitivity levels and a full year’s battery life. It’s also significantly less laggy.

The new Pro pen also features interchangeable pen tips. This may sound stupid, but any designer or creative professional will tell you it’s actually a pretty big step forward that will help Surface Pro 4 users optimise the Pen for specific tasks.

The new Pro pen also features slightly reworked shortcuts. Like the old pen the Pro 4 stylus’ top button can be used to launch OneNote at any time, even when the Surface Pro is asleep or in its lock screen.

But as an added perk the a long press of the top button will launch Microsoft’s Cortana digital assistant – making it even easier for you to pick Microsoft’s brain for information. 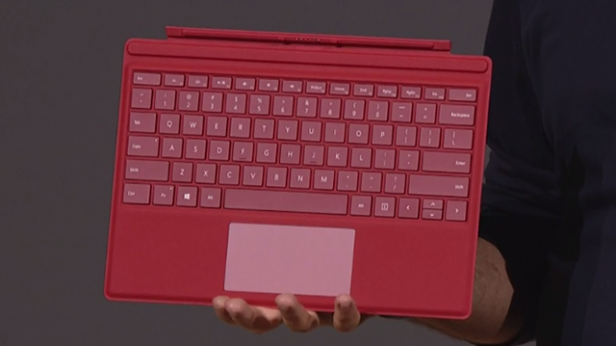 The Type Cover keyboard attachments that many pick up for their Surface devices have always been slightly awkward to type on. The covers have in the past been fairly flimsy affairs, with fairly unresponsive keys and woefully small trackpads.

Microsoft’s fixed this on the Surface Pro 4, loading it with a new Type Cover that it claims is its most advanced and responsive to date. We’ve found that to be accurate.

The cover features a newly designed backlit keyboard with properly separated keys and more travel, offering an experience that’s much closer to a pure laptop than before.

The Type Cover also features a reworked trackpad, which is 40% larger than the Pro 3’s. It also feels more responsive.