Don’t make do with a bog-standard cinema experience – Star Trek Beyond is being shown on hundreds of big screens all over the UK, from small 2D presentations to giant IMAX theatres. Our guide will help you find the best one to suit your tastes.

Going to see a film isn’t simple these days.

Dwindling attendances have given rise to a new generation of cinematic technologies, intended to make going to the pictures a far more immersive and rewarding experience than staying at home – even if you do have a 55-inch LG OLED TV.

Know your IMAX from your Dolby Atmos? Should you bother with either? And what the hell is Barco Escape?

Here’s everything you need to know about seeing Star Trek Beyond in the cinema.

Related: Why we should all be watching TV at the cinema

Barco Escape – the one to watch? 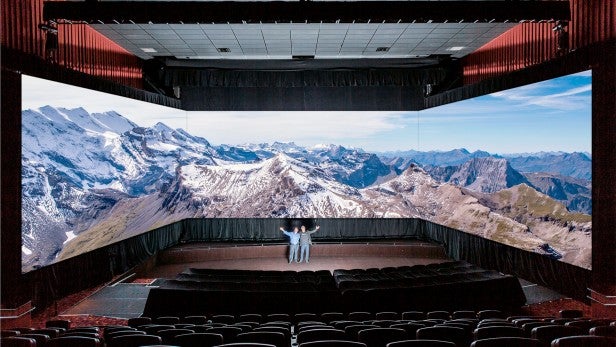 The most dynamic way to see Star Trek Beyond this summer is in Barco Escape.

Its premise is similar to IMAX in that it extends how much of your field of view is taken over by a film, but Barco Escape uses three screens instead of just one.

The first one sits in front of you, just like a normal cinema screen, but there are also angled screens to your left and right, resulting in an extended 270-degree panorama-style viewing experience.

Sadly we’re going to have to disappoint you, because at the moment there are no Barco Escape cinemas in the UK.

Don’t be disheartened. This is still a very young format, having only debuted in 2014 with The Maze Runner, and we’d expect the UK to get its first Escape cinema in next couple of years.

Intrigued, but worried your retinas will be able to absorb three screens at once? Fear not, because Escape theatres only make use of their full cinematic scope for select scenes, typically big action sequences.

In the case of Star Trek Beyond, this is understood to amount to some 20 minutes of footage – one scene often talked about that could work perfectly in Escape is the view of the bridge during a classic Star Trek crisis.

If you don’t mind making a mission of seeing Star Trek Beyond, here’s where to watch it in Barco Escape.

THE PROS AND CONS OF IMAX 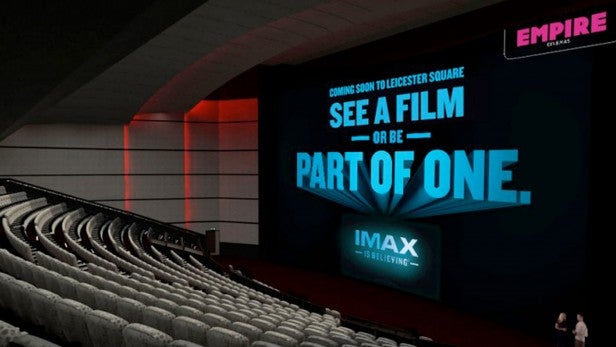 Put simply, the IMAX experience – or Image Maximum format, as nobody called it ever – is out to provide a bigger, brighter, sharper image and better, more powerful sound.

It’s undoubtedly the biggest name in ‘premium’ cinema, and the good news is that there are plenty of IMAX screens all over the UK. However, there are subtle but important differences between the IMAX experiences on offer.

On the one hand, you have world-class IMAX theatres like the BFI Imax in London Waterloo, which offers the biggest cinema screen in Britain (20 metres x 26 metres) complete with a 70mm projector. This type of IMAX is sometimes known as ‘classic’ IMAX.

And on the flip-side, there are the relatively speaking run-of-the-mill Digital IMAX theatres you find perched atop shopping centres all over the land, sometimes disparagingly referred to as ‘lieMAX’ cinemas.

Why? While the experience can still be great, the screens tend to be significantly smaller and are shaped differently to boot, featuring a 1.9:1 aspect ratio that’s not actually that different from the 1.85:1 ratio offered by ‘normal’ cinemas. If you’re not quite sure what this all means, it’s roughly comparable to the 16:9 setting on your TV.

‘Classic’ IMAX screens, on the other hand, feature a 1.44:1 aspect ratio. Still confused? The image below highlights the differences.

However, according to IMDb specs, Star Trek Beyond was originally shot in a 2.35:1 aspect ratio, meaning it has been digitally remastered to fit the IMAX format. This suggests that an IMAX screen won’t massively improve the visual experience beyond slightly bolder colours.

But regardless of which ‘type’  you choose, one of the obvious upgrades of any IMAX experience is the powerful audio.

All IMAX cinemas feature several gigantic sub-woofers, so while the mixing may only be 6.1 Surround Sound – the same standard you can enjoy in your lounge with the right kit – the size, quality and sheer quantity of the speakers make it a radically different experience, as you get massively amplified sub-bass – the sort of sound you feel in your chest when there’s a big explosion.

For the ultimate Star Trek Beyond IMAX experience, get ye to the Empire Leicester Square, which features the all-new IMAX laser projection set-up, offering not just the brightest and sharpest visuals, but also a booming 12-channel sound mix. 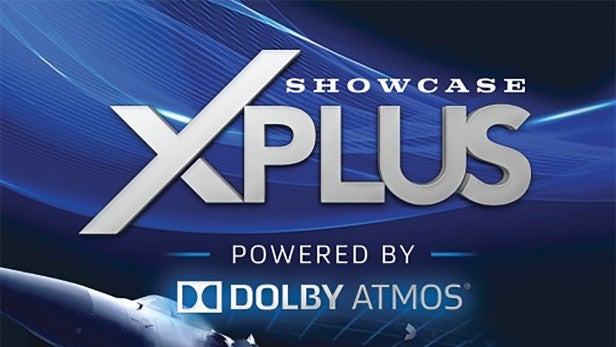 An Atmos mix can feature up to 128 channels, and full Atmos installations utilise multiple rows of speakers built into the ceiling of the cinema – the cinema-goer is essentially surrounded by drivers at every angle and the mix can be finely controlled to create the illusion that sound is coming from behind you.

It’s all pretty high-tech stuff and, because Atmos requires a re-fit, there are only a handful of full Dolby Atmos cinemas in the UK. Finding one isn’t straightforward either, as a Dolby logo means jack-squat – the company promotes many different audio standards – and the big cinema chains have decided to add in additional marketing noise.

A few particularly good places to to see Star Trek Beyond with Dolby Atmos sound include:

And it doesn’t end there. Dolby has also come up with its own HDR picture quality format, Dolby Vision, which clicks in with Dolby Atmos to create the IMAX-rivalling Dolby Cinema.

You won’t find any of these screens in the UK yet. However, there are already 200 Dolby Cinema spots across the globe either already in-place or in progress. The US, Spain, Austria and China are among the lucky territories. Hopefully we’ll get our first UK Dolby Cinema soon: a few of us have been lucky enough to experience Dolby Vision at the company’s private London screening room and it really is kick-ass stuff.

Enough! Where should I watch Star Trek Beyond already? 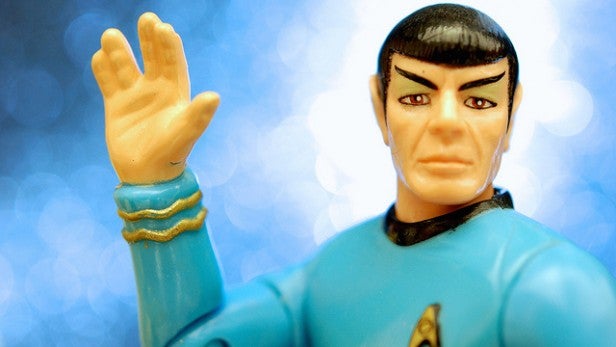 Sometimes, it’s obvious where to see a big blockbuster film, particularly if the director has been banging on about special IMAX scenes for months. That’s not the case with Star Trek Beyond, though, or least not in the UK.

Beyond director Justin Lin has been hanging his new film’s extraterrestrial hat on the exciting new Barco Escape format and all its expanded field of view glory. Plus, as we just explained, you don’t have to worry about finding a full-fat Dolby cinema here either.

No, for us Brits, the options are slightly more pedestrian, and the best – on paper – you’re going to get is a ‘classic’-style IMAX screen with Dolby Atmos sound. That means you’ll probably have to seek out one of the ‘premium’ sub-brands we mentioned above and the one cinema that offers the best of both worlds for Star Trek Beyond is the Empire Leicester Square.

If you care a bit more about seating comfort than the latest audio and visual tech, you might also want to consider seeing Star Trek Beyond in one of the UK’s luxury cinemas, or looking at independent chains like Picturehouse.

These types of cinemas trade fancy 4K laser projectors and booming speakers for comfy sofas, higher quality munchies and – in the case of Odeon’s ‘The Lounge’ – the privilege of having food and drink delivered to your seat.

Related: This is the world’s first VR cinema

Have you seen Star Trek Beyond? What’s the best cinematic experience in the UK? Don’t forget to join in the discussion below.