Everything you need to know about Star Citizen

For a game that hasn’t officially released yet, Star Citizen has certainly gobbled up plenty of column inches since its 2011 inception. Part MMO, part epic space opera and part first-person shooter, you’d be forgiven for being a tad confused about just what the dickens Star Citizen is all about – but fear not, because TrustedReviews has put together a list of all the key information you need to know.

Star Citizen – What is it?

Star Citizen isn’t a single game – it’s made up of modules which link together to create an entirely new experience. These can be divided into the following key areas:

Squadron 42 – This is the single-player portion of the package. It will be based around a predefined narrative and will boast a wealth of Hollywood talent to make sure the story is suitably compelling.

The likes of Gary Oldman (Harry Potter), Gillian Anderson (X-Files), Mark Hamill (Star Wars) and Liam Cunningham (Game of Thrones) have all signed on to add their voices and digital likenesses to the game, which will be split into episodic chapters, with the first offering around 20 hours of gameplay.

The campaign is expected to last around 70 hours in total, featuring space combat and first-person shooter sections. You’ll also be able to team up with other players in a co-op mode, as well as conduct complex relationships with non-player characters via a unique conversation system. While it is a self-contained story, your actions in Squadron 42 will have ramifications in Star Citizen’s online section.

Social – While the single-player story is interesting, it’s Star Citizen’s “social” persistent universe that is attracting the most attention. Like rival title EVE Online, Star Citizen offers space combat, trading and the thrill of exploring an environment populated by many other players. 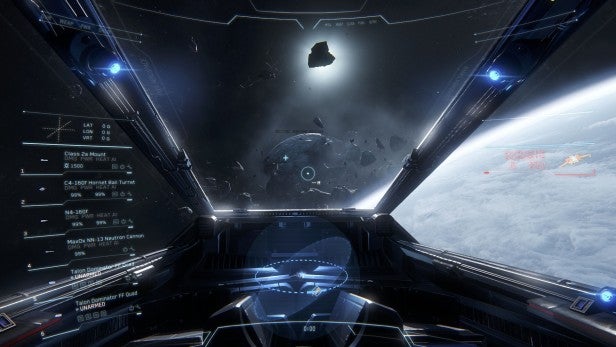 All online play takes place on the same server and you’re free to do as you please. Want to take down other pilots in a dogfight? Go for it. Feel like taking a more peaceful path to the top? Become a trader and earn your fortune by exchanging valuable goods. The scope is mind-boggling, but it’s important to remember that EVE Online has been doing this kind of thing for over a decade now, too.

First-Person Combat – Known as “Star Marine”, this section of the game is more in line with the likes of Call of Duty and Battlefield. 16 players can take part at any one time, and zero gravity environments are promised. First person mode also features in the social element of the game in the form of EVA sections and combat.

Star Citizen release date – When will the game launch?

As Star Citizen’s pot of funding has grown over the past couple of years, so too has its development time. This has naturally resulted in delays – 2014 was the original release date, but Cloud Imperium has given the title a rough launch window of 2016. Pre-release versions of each module are going live bit by bit, so it’s fair to assume that it will indeed be out this year.

If you’re a backer then you get early access to portions of the game. The first element to go live was hanger mode, which allows players to “see” the ships they’ve spent their cash on. Then came Arena Commander, a combat simulation where players fight either other players or AI. This aspect of the game lays the foundations for Star Citizen’s real space combat, and even includes a racing mode. 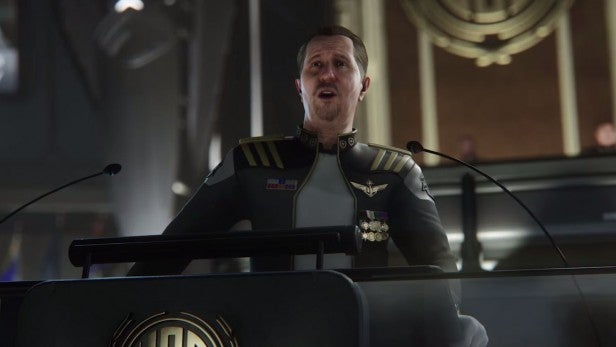 Late last year, Star Citizen’s “social module” went live, giving backers the opportunity to sample the all-important MMO part of the package and enjoy a welcome change of pace from just blasting each other to bits. The first-person shooter segment went live in December, so if you’re already a backer, you can play a lot of Star Citizen right now – the catch being that it’s not quite finished yet.

Experts in gaming history will know the name Chris Roberts. Creator of the seminal Wing Commander series during his time at Origin Systems, an epic space opera which spawned numerous sequels, spin-offs and even a 1999 Hollywood movie starring Freddie Prinze Jr. and Matthew Lillard.

Since parting company with Origin and EA and leaving the Wing Commander franchise behind, Roberts has continued to pump out games within the same genre, including the incredibly ambitious duo Starlancer and Freelancer. 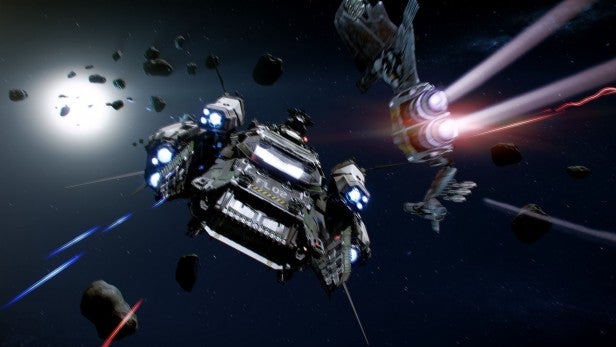 After dabbling with movie production for a few years, Roberts founded Cloud Imperium Games in 2011. Chris’ brother Erin Roberts – who worked on entries in the Wing Commander series, as well as Starlancer – is in charge of the Squadron 42 element of the game, which is being produced in the UK by Foundry 42.

Star Citizen is, at the time of writing, the most successful crowdfunded video game of all time. Back in 2012 Roberts and his team set up their own crowdfunding system as well as a Kickstarter campaign, and by the close of the year had raised a whopping $6.2 million. However, funding continued via the company’s website and by mid-2013 over $15 million had been raised.

In March this year, it was reported that Star Citizen had accrued $110 million via funding and in-game payments. By allowing backers early access to unfinished “modules” of the game, Roberts and his team have ensured a steady stream of income, all of which is coming prior to the official release of the game.

As a result of this remarkable success, the scope of the project has expanded – more money means the developers can do more things, and consequently Star Citizen has grown in stature and ambition, forcing a delay from its proposed 2014 release date. Basically, the more people that back this project, the more that can potentially be achieved.

However, critics have pointed out that despite being unfinished, Star Citizen is already a bustling virtual marketplace that takes advantage of the seemingly endless enthusiasm of its already loyal players. For example, it’s possible to purchase ships in the game using real world money rather than having to grind for hours earning virtual currency.

Even the most basic ship package in the game will set you back $45 / £31, while larger vessels cost significantly more. If you’re feeling really flush then you can purchase every ship produced to date for a cool $15,000 / £10,470. The amazing thing is that until the game is officially launched, many players are essentially buying the rights to a virtual ship which they can’t yet fly.

Star Citizen and other space sims

Star Citizen is without a doubt one of the most ambitious space titles ever made, but it doesn’t have the market all to itself. Elite Dangerous – another crowdfunding success story – offers a similar mix of combat and trading in a persistent multiplayer environment, but is more focused in scope and arguably less ambitious, too. It’s available right now on PC and Xbox One, and is already getting expansion content. 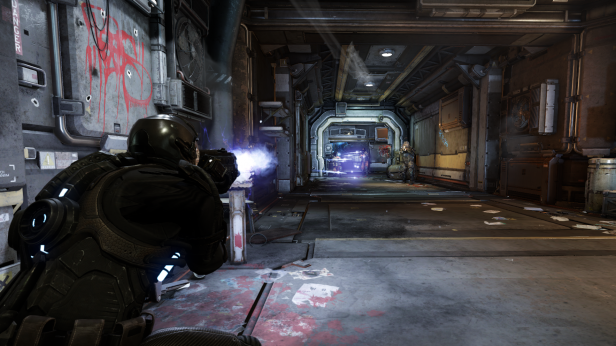 The aforementioned EVE Online is Star Citizen’s other big rival, and has built up a large and dedicated community since its launch in 2003. EVE allows players to indulge in combat, trading, mining and even piracy in a galaxy of over 7,800 star systems. However, its age is beginning to show and there’s a good chance that many of the backers of Star Citizen consider it to be EVE’s natural successor.

Star Citizen price – how much will it cost?

Access to Squadron 42 costs $45 / £31. You can gain access to Star Citizen – which is the online multiplayer portion of the package – by purchasing a game package, the cheapest of which includes either the Mustang Alpha or the Aurora and costs $45 / £31. Both of these packages are also available with Squadron 42 thrown in at just $15 / £10.40 extra.

If you’d prefer to wait until Star Citizen’s official release later this year you’ll be able to buy the game for a one-off fee. Cloud Imperium has insists that no monthly charge for usage will ever been introduced, and is clearly hoping that sales of the game along with in-app purchases will be enough to keep it profitable. Based on the funds raised so far, there’s little reason to doubt that outlook.