When it’s time to give some ingredients a mix, which do you reach for – a stand mixer or a hand mixer? The choice may not be as simple as you think, but we’re here to help with this handy guide over which to pick: stand mixer vs hand mixer.

Whether it’s sauces, batter or dough, mixing by hand can be a chore, so is it any wonder that many of us enlist the help of a mixer. However, with the degree of power on offer varying across hand mixers, and not everyone having the counter space to house a full-sized stand mixer, the choice between these two kitchen gadgets isn’t so clear-cut. To make the decision easier, we compare the two, to determine how they handle the everyday tasks of beating, whipping, folding and kneading.

There are some similarities between hand mixers and stand mixers – both usually come with a beater(s), dough hook(s) and a whisk tool that fits into an outlet, and offer variable speeds. However, it’s in the way that those tools actually work that the biggest difference can be seen.

Most stand mixers use what’s called planetary mixing, where the tool doesn’t just spin, it also revolves around the bowl – like a planet in orbit. This provides a more thorough mix, ensuring that any stray lumps of butter or clumps of flour rarely escape. The tools fitted to a hand mixer simply revolve, meaning that you need to move them around the bowl to achieve a similar result. 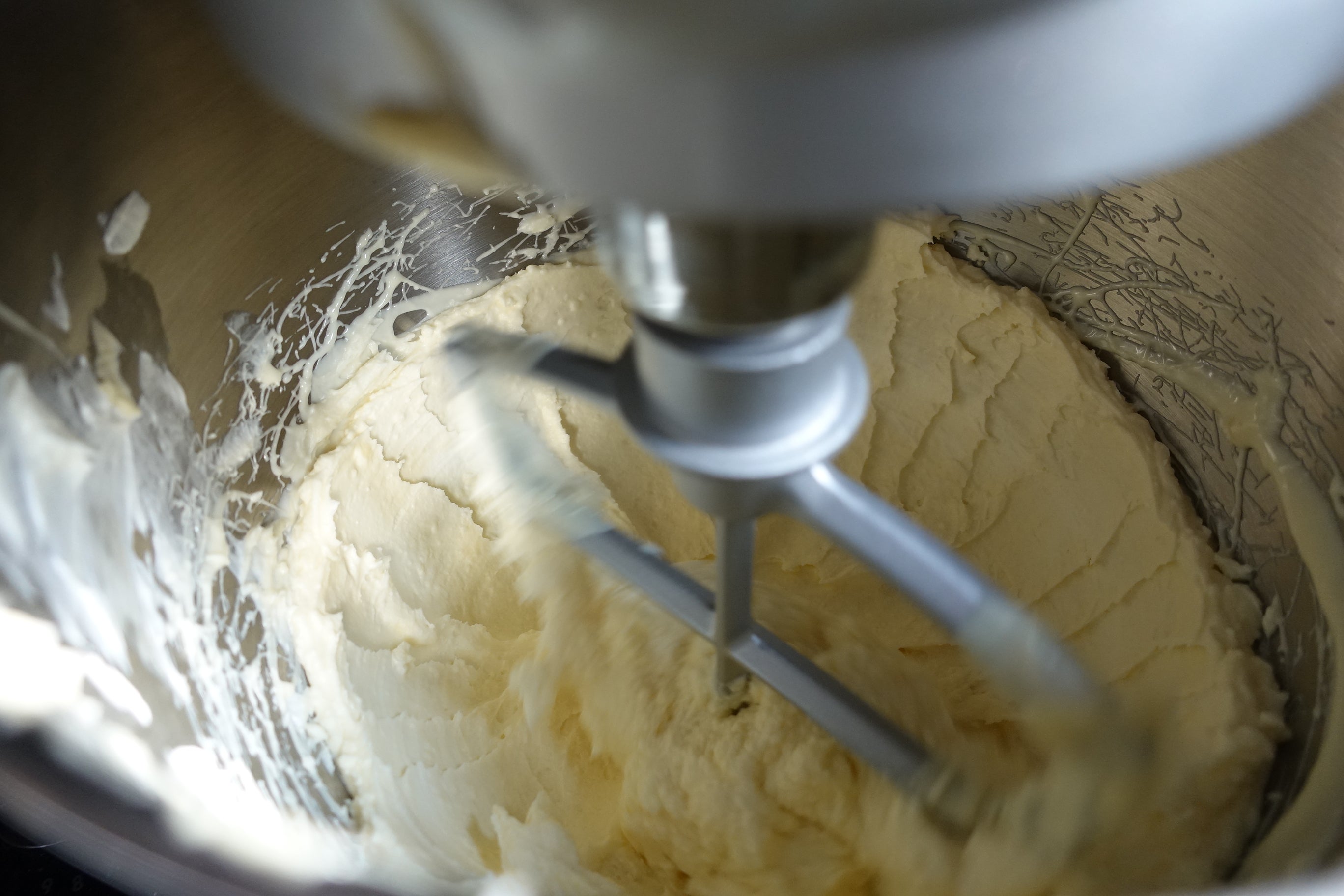 More affordable food mixers – where a hand mixer fits into a stand – tend to have rotating bowls to replicate the double-mixing action. These aren’t usually as effective as stand mixers, but allow you to have your hands free to do other jobs.

The other difference between the two is power. Good-quality stand mixers have a large motor to help them cope with heavy mixtures without straining, while the average hand mixer would struggle with such content. A large motor would make a hand mixer weighty to hold for long periods of time, so by design they’re light and nimble but less powerful.

Stand mixers have the power to be able to handle any kind of cake batter plus offer the ideal mixing action to ensure ingredients come together quickly and easily. However, if you’re using a hand mixer, how well it works can depend on the type of cake you’re making. Creaming butter and sugar for a sponge, for example, can present issues if the butter isn’t soft enough at the start – although the Breville HeatSoft hand mixer with built-in heater attempts to offer a solution to this particular problem. Similarly, heavy mixtures, such as those that include fruit and nuts, will make a hand mixer work harder. Where hand mixers do well is with combining ingredients to create simple batters for sponges, roulades, cupcakes and loaf cakes. 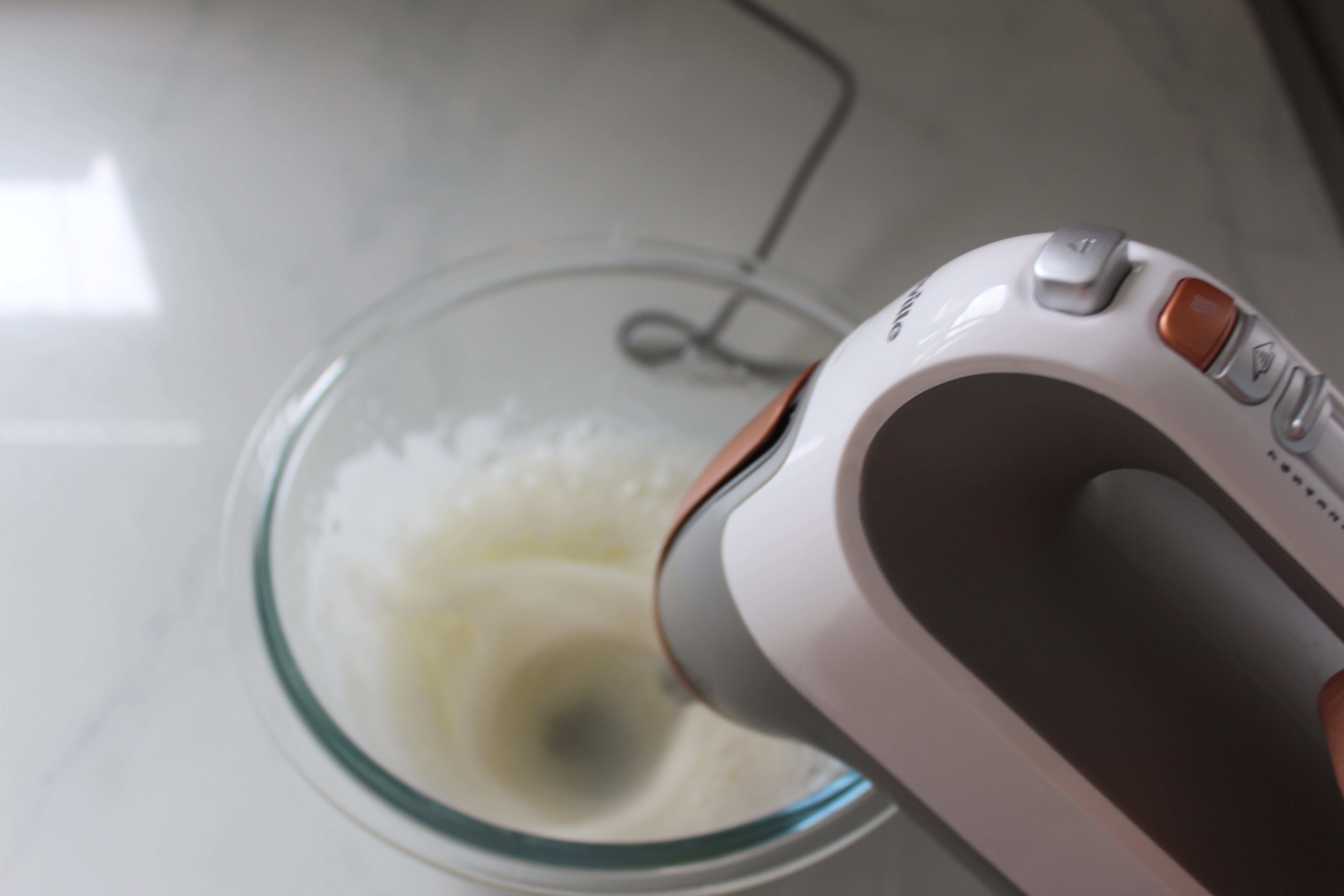 Both hand and stand mixers do well when whisking egg whites to firm, fluffy peaks. Which you choose will depend on volume, since it’s harder to whip large amounts with a hand mixer; most stand mixers can handle 12 egg whites without issue.

Time is also a factor – a stand mixer can whisk while you do something else and tends to be a little faster. You’ll need to hold a hand mixer for several minutes to achieve the same consistency, however. The same goes for whisking double cream. 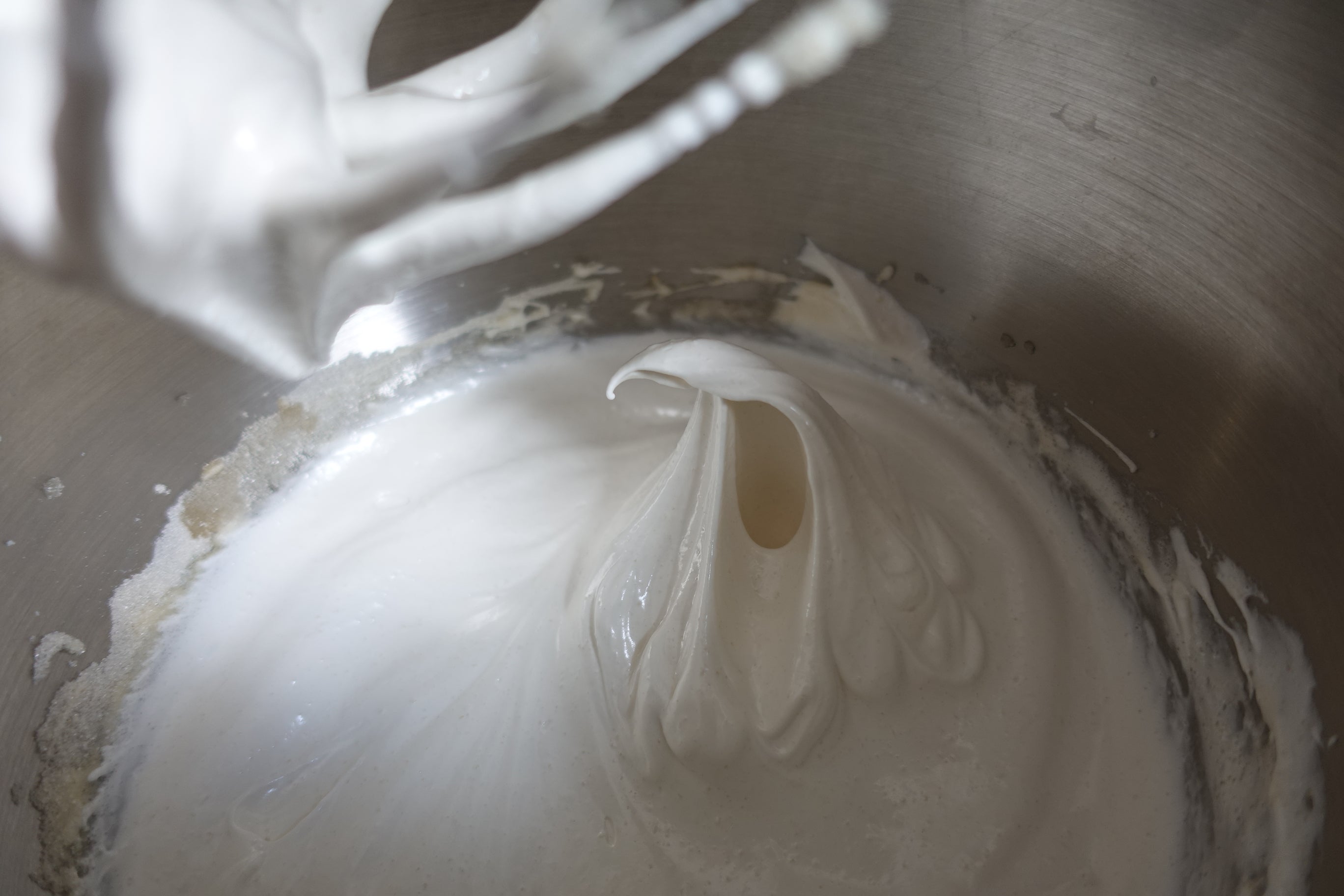 In much the same way as cakes, it’s the type of bread you’re making that will dictate your choice of mixer. A basic white loaf won’t prove a problem for either – most hand mixers offer low speeds and a dedicated hook to combine dough easily enough. However, for heavy or sticky bread doughs such as rye, for example, you’ll find the power of a stand mixer to be more effective at thoroughly mixing ingredients.

Cookie dough, especially one with chunks of chocolate or nuts, will be best handled by a stand mixer in most cases. This is because a hand mixer’s smaller motor may be put under strain with a heavy mix, plus chunks of ingredients could become stuck in the mixer’s beaters. That said, heavier pro-style hand mixers will be able to cope better with a thick dough than more basic models.

Hand mixers make for a faster clean-up – the tools are simpler in design and often dishwasher safe.  The larger tools of stand mixers require more cleaning – plus it’s common for whisk attachments not to be dishwasher safe, meaning they’ll need to be cleaned by hand. Most stand-mixer bowls are dishwasher-safe – but since they’re quite bulky, you’ll find they take up a lot of space in your average wash.

Hand mixer vs stand mixer – which one should I buy?

For frequent bakers, a stand mixer is the best choice – assuming you have the space and budget for it. However, hand mixers can be just as good at certain tasks, with the bonus of being easy to store in a drawer rather than hogging precious worktop space. It might also be useful to have a hand mixer to hand for quick jobs at mealtimes – creaming mashed potato or making sauces, for example – when the might of a stand mixer might be overkill. As such, real cooking enthusiasts are likely to have both in their arsenal of kitchen equipment.

Overall, though, stand mixers are ideal for people who bake often and need the power, while hand mixers are a good choice for those on a budget or those that don’t have a lot of room.