Z4 in Japan and Z3+ everywhere else, here’s how the new Sony Xperia smartphone compares to last year’s Z3

After announcing the same handset in Japan last month as the Sony Xperia Z4, just a month later the very same phone is coming to the rest of the world and will somewhat confusingly be called the Xperis Z3+.

Set to go on sale in June, we’ve now had some time with Sony’s upgraded flagship and we know have enough information to tell you how much different it is from the Xperia Z3.

With less than a year between the launches of these two flagships, here’s here’s how the Xperia Z3+ and Xperia Z3 match up.

The design of these two phones really is very similar indeed. Sony has kept its design language consistent over several consecutive Z models, which is how it’s been able to reveal a new flagship phone every six months or so for the past couple of years.

This means that the Z3+ looks a lot like the Z3. It’s got a similar all-metal body with glass back and aluminium trim. Despite this inherent design similarity, the Xperia Z3+ design does represent a slight improvement over the Z3. It’s 0.4mm thinner and 8g lighter.

On closer inspection, Sony has made some other changes like moving the now capless USB port to the bottom of the phone, getting rid of the magnetic dock all while keeping the same dust and waterproof certification.

Is the Xperia Z3+’s new shiny finish a genuine improvement? While it’s not a dramatic overhaul, Sony takes the existing look and tweaks it to make it less cluttered and nicer to grip. 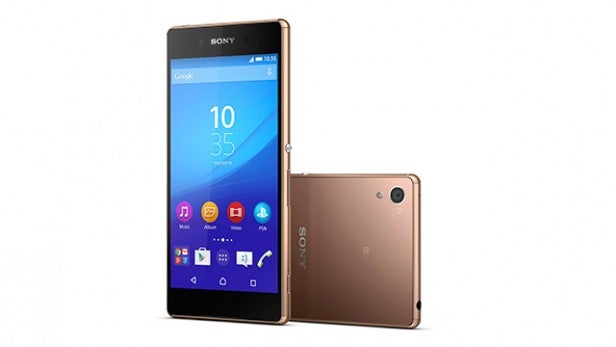 So there’s been basically no improvement with the Sony Xperia Z3+’s display. The pixel density is up ever so slightly up but not by the amount that is really going to make a difference. This is the same 5.2-inch 1080p IPS LCD display as can be found in the Xperia Z3.

Given that we only called this a “sharp, vibrant display” back in November, that’s no bad thing. Of course, since then we’ve seen the Samsung Galaxy S6 taking smartphone displays to the next level. You still get a great LCD screen with all the usual Sony frills but there’s nothing new here to report.

There’s been a clear improvement in the power stakes. While the Sony Xperia Z3 ran on last year’s high-end chip of choice, the Qualcomm Snapdragon 801, the Xperia Z4 houses its replacement.

The Snapdragon 810 has had a troubled path to market, but it’s undeniably a strong performer – and it’s comfortably faster and more power efficient than the 801.

It’s an octa-core processor, which basically means that it has two quad-core sets, and switches between them according to the intensity of the task. Samsung’s Exynos processors have been doing this for a while.

The Snapdragon 810 also benefits from being 64-bit, which means that it’s optimised for the 64-bit Android 5.0 Lollipop. In truth this won’t represent much of an advantage with current mobile software, especially with ‘only’ 3GB of RAM.

But, you know how it is. Future-proofness, and all that.

The big improvement with the Z3+ is with its front-facing camera. It steps up to a 5-megapixel unit with a similar 25mm lens to the rear camera, which should make for some epic selfies.

We’re happy with Sony keeping the camera hardware from the Z3 for another year – we only hope that it improves the software, which never quite seemed up to scratch. 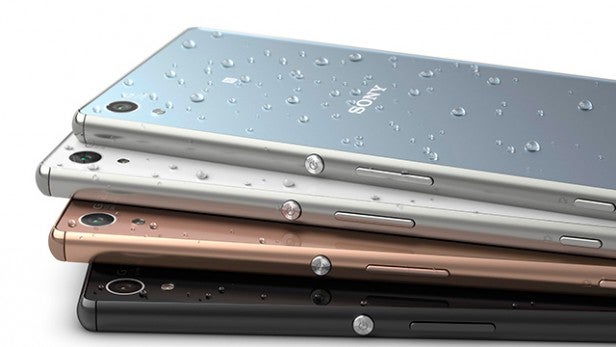 Here’s another welcome improvement – a doubling up of the Xperia Z3’s meagre 16GB of internal storage to 32GB, which is much more becoming of a modern flagship phone.

Both phones have microSD slots, which will be music to many an Android fan’s ears – especially those burned by the expansion feature’s no-show on the Samsung Galaxy S6.

Android 5.0 Lollipop has started rolling out for Xperia Z3 handsets, but it doesn’t seem to reached everyone yet, so we’re listing this as a Z3+ advantage right now.

Yep, the Sony Xperia Z3+ will have Lollipop out of the box. This is especially good news because Sony appears to have been far easier with the customisations than most other major Android manufacturers.

In particular, the drop down menus and notification system are very close to the latest version of stock Android. For a lot of Android fans, that will be very good news indeed. 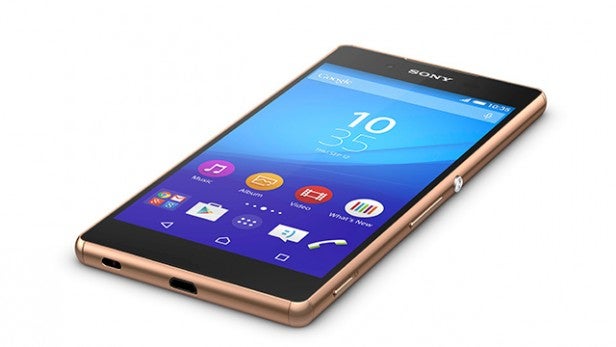 One of the Sony Xperia Z3’s strongest features was its stellar battery life. It really did stand out from the crowd, as it was capable of lasting through two days of usage if you were careful.

It’s perhaps disheartening to note than the Xperia Z3+’s battery is smaller, but it’s only by the slightest amount. What’s more, the Z3+’s more efficient (and lower-clocked) processor should make up the difference – at least in theory.

This is where Sony’s decision not to upgrade to a QHD display should really pay off. We’d be surprised if the Sony Xperia Z3+ didn’t turn out to be the longest lasting flagship phone of 2015.

We expected Sony to stick to the script with the Sony Xperia Z3+, and it appears to have done just that.

In fact, it’s a little disheartening just how similar the Xperia Z3+ is to the Xperia Z3. It remains a solidly handsome design, but it’s one that’s well established now. Still, the Z3+ design is an improvement, thanks to it being slimmer and lighter.

You won’t find any major differences on the camera front either, with only an improved selfie camera to speak of.

Where the Sony Xperia Z3+ will improve over the Z3, then, is in performance. Its Snapdragon 810 CPU should combine with a lightly customised Android 5.0 Lollipop and that frugal 1080p display to make the Z3+ fly.

Still, the way things are shaping up, Z3 owners will be more than happy to wait another year for an upgrade – assuming Sony opts to release a Sony Xperia Z4 in Europe, which is no certain thing.