Sony takes on Samsung and Apple with its first small tablet

Announced alongside the Xperia Z3, Z3 Compact and more, Sony has also introduced the newest member of its tablet family. The Xperia Z3 Tablet Compact is an 8-inch slate that’s set to go up against the iPad Mini 2 retina and our current pick of the Android tablets, the Samsung Galaxy Tab S 8.4.

Does Sony’s new tablet have what it takes to beat Samsung’s beauty? We compare the specs to find out.

The Tab S 8.4 made some much needed improvements in the design department albeit it’s still not as sleek as the iPad Mini 2’s metal body. It does get the same dimpled, soft-touch finish as the Galaxy S5 that does make it comfortable to hold and has a slim, sleek overall body. The Z3 Tablet Compact in comparison is also largely plastic, but it’s slimmer and lighter than the Tab S and has a matte finish on the back to offer a nice grip. You can dip the Sony tablet in water if you want to do some bath time reading but there’s seemingly very little between the two. 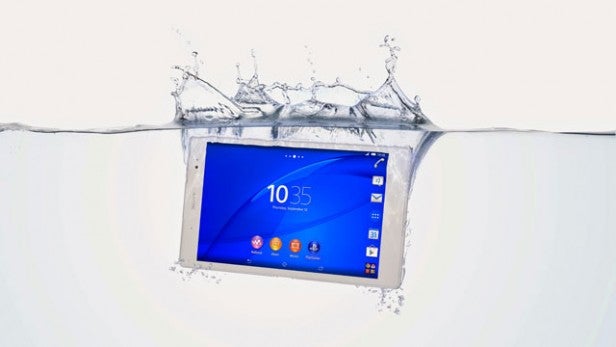 This is where the Samsung tablet comfortably comes out on top. The new Super AMOLED displays Samsung is using for its tablets are some of the best we’ve seen, offering sharp, bright images and outstanding contrast. The Z3 offers a Full HD display with the usual Sony Bravia-inspired bells and whistles so it’s not going to be shabby affair either. We did have a bad experience with the Xperia Z2 Tablet’s display, particularly the over saturation of colours so we are hoping for some improvements. Samsung has got this battle won though.

Both tablets run on Android 4.4 Kitkat out of the box put so you’ll be up to date at least until Android 5.0 L is released. Samsung’s TouchWiz is cleaner than it’s ever been and includes some nice features like Multi-Window to run two apps at once and some not so useful features like the Magazine UI. We expect Sony’s approach to Android to be very similar to what we’ve already seen on the Z2 tablet. So expect plenty of Sony applications like the WALKMAN and TV SideView app.

Both offer a good custom interface experience, so much will come down to whether you prefer the native apps on the Samsung or Sony tablet. There’s plenty of power on show here as well. Sony is essentially packing the same specs as the Xperia Z2 tablet, to deliver the impressively speedy performance. Our experience with the Tab S 8.4 was similar so the two tablets are well matched here. 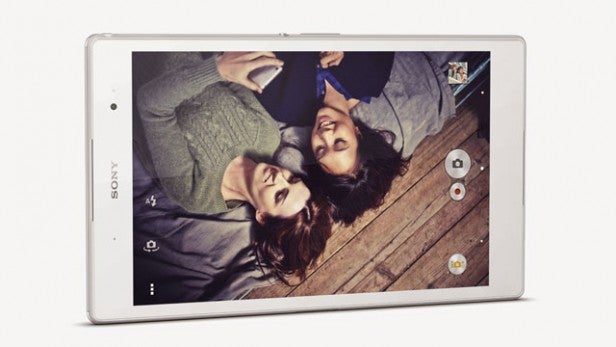 If you want to take photos, these two tablets have near identical shooting specs. The Z3 Tablet Compact, matches the larger 10.1-inch Z2 tablet for specs so we expect similarly decent photos in bright conditions and low-light. It’s unlikely to be the kind of quality you would want to swap your smartphone camera for though. Similarly, the Tab S 8.4 is a competent performer producing accurate, colourful shots with a front-facing camera that is above average in most conditions.

It’s not a massive surprise that the Z3 Tablet Compact misses out on the same 6,000mAh battery packed into the Xperia Z2 tablet, which manages to muster up around 8 hours of play time before needing to return to the charger. Despite the smaller capacity, Sony will include its power saving modes found on the Xperia smartphones and is claiming up to 13 hours of battery life. The Tab S 8.4 made a slight jump up from the Tab Pro 8.4-inch battery and is more than equipped to get you around 10 hours play with the S5’s Ultra Power Saving mode to push things further. Both look capable of making it through a day’s use and that’s good news. 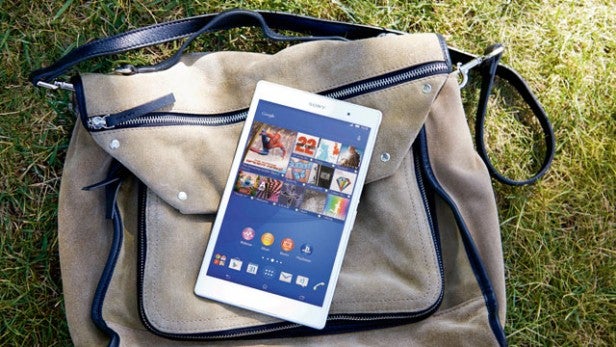 For Sony’s first smaller tablet, it’s evenly matched in almost every department with the Tab S 8.4. The only area it truly lacks in comparison is the screen. Samsung’s display is the best we’ve seen on a small tablet, while Sony is sticking with the essentially the same display as the one on the Xperia Tablet Z2. The Tab S 8.4 currently costs £319 and if you have no interest in Apple, then it’s the tablet to go for. Sony has yet to reveal an Xperia Tablet Compact UK price, but if it’s lower than Samsung, it could make a fitting alternative.