Sony just launched its new range of Sony Xperia Z3 devices and all three of them have a great new feature for gamers: Remote Play.

Although the feature won’t be immediately available when the devices go on sale later this month, it will be something to consider if you’re looking to enhance your overall Sony device experience.

What is Remote Play for Sony Xperia devices?
If you’re thinking that this is sounding strangely similar to the PS Vita feature, then you’d be right. It’s pretty much the same technology, but you’ll be streaming your PS4 content to your phone rather than Sony’s handheld console.

It’s a great feature if you’re part of a one TV household. If someone is watching TV but you’re desperate for a little PS4 gaming, you can use Remote Play to take the session to a different area of the house. 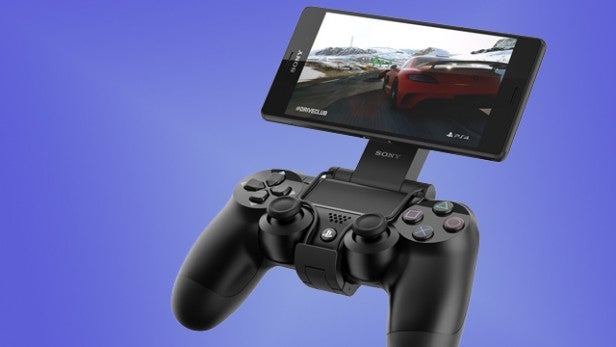 How does it work?
Remote Play for the new Xperia Z3 range works in exactly the same way. You’ll need to connect to your PS4 via the phone’s special (but yet unannounced) app over the same home Wi-Fi network. It’s possible that this will arrive as part of the existing PlayStation App, but it could arrive as a special app for Z3 smartphones and tablets.

As long as you’re in the same house as your PS4 you should be able to use Remote Play on your new Z3 device.

To make the transition between PS4 and Z3 gaming a little easier, Sony recommends using the PS4’s DualShock Controller. In that way, the company has introduced the brand new GCM10 Game Control Mount.

This new bit of kit clips around the DualShock 4 and has a bit of scaffolding at the back with a suction cup to mount your Xperia Z3 device on. That way you can move around the house without having to find somewhere to prop up your smartphone or tablet. 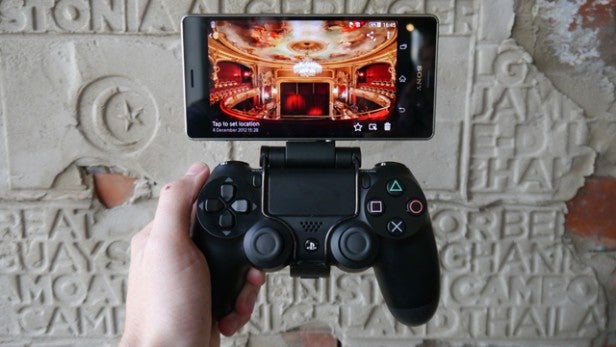 You’ll need to connect your DualShock 4 to your phone via Bluetooth to use it though. To do this, first open up the Bluetooth setting on your phone. Then hold down the PlayStation and Share buttons on the DualShock 4 until your phone picks it up as a Bluetooth device.

Usually, you’ll notice that the DualShock 4’s light bar turns a rather attractive light blue, letting you know that it’s now acting as a Bluetooth device rather than your PS4 controller.

After that you’re free to play from anywhere on your home Wi-Fi network. The Game Control Mount will securely hold your DS4 and smartphone whilst you game.

How does it differ from PS Vita remote play?
Technically it doesn’t, apart from the fact you need the extra controller. And there are a few caveats for the connectivity.

Xperia Z3 Remote Play allows you to play PS4 games directly on the device’s screen as long as you are on the same Wi-Fi network. Apparently, PS4 Remote Play on Xperia Z3 devices will be “theoretically” possible over any web connection, but Sony does not have us convinced at the moment.

The PS Vita can pick up PS4 Remote Play outside of the home as long as your PS4 is close to the router or hard wired via Ethernet cable. And of course, the Wi-Fi your PS Vita is connected to is fast enough to support the stream. 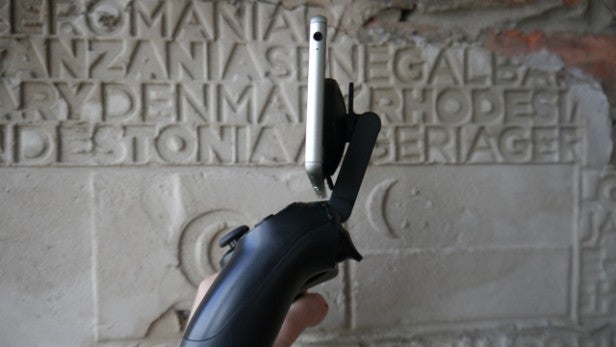 When can I start playing PS4 games on the Sony Xperia devices?
Although the Z3, Z3 Compact and Z3 Tablet Compact are expected to touch down later this month, the Remote Play functionality won’t be introduced until November.

That’s potentially in line with a PS4 software 2.0 update, which will add PS4 Share Play to Sony’s latest console.

Don’t forget that there’s also the PlayStation App. This stand-alone Android and iOS app lets you use your device as a second screen to remotely watch your friends’ gameplay, communicate with them over PSN or purchase and queue game downloads for your PS4 remotely.

What about Remote Play for other Android or iOS devices?
Sadly, it looks like Sony is keeping Remote Play in the family at the moment. So, don’t expect the functionality on any other devices any time soon.

Sony said in a statement that it has “no intent to bring [Remote Play] to anything other than Xperia devices”.