While Samsung has the Galaxy S5, Sony’s top Android phone for 2014 is the Xperia Z2. Successor to the Xperia Z1 which launched only six months ago, the Z2 promises to be as slick but how does it compare to its predecessor?

We take a look at the key differences between the two smartphones to find out if there’s enough to really shout about.

Difference#1: The screen is bigger

Sony has decided to go bigger with the Z2 moving up to a 5.2-inch display matching the LG G2 for screen estate making it only marginally taller than the Z1. It’s still the same excellent Full HD Trilluminous IPS display and tapping into Bravia TV engine technology once again now introduces Live Color LED tech to generate brighter and more colourful images.

The Z2 doesn’t look all that different from the Z1 featuring the same quare-edges, metallic effect sides and toughened glass plates that sit on both the front and back. It’s now just 8.2mm thick and weighs 163g making it slightly thinner (8.5mm) and lighter (170g) than the Z1. 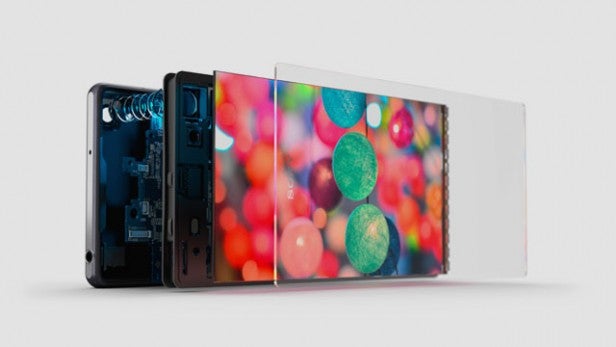 Right now, the Xperia Z1
processor is still one of the fastest around. It’s the Snapdragon 800, a
quad-core 2.2GHz chip to be precise.

Although the chip is
‘current’, the Xperia Z2 features a newer chip – the Snapdragon 801 quad-core processor clocked at 2.2 GHz, and uses Krait
400 cores that are the same used by the Xperia Z1.

RAM is the grease in the cogs of any
computer system, and with an extra 1GB it will help the Xperia Z2 run fast when loaded with
apps, which tend to naughtily perform background processes in the
relative free-for-all that is the Android system. The Xperia Z1
has 2GB of RAM, so it’s a healthy upgrade. But it’s not one that’ll
dramatically alter what the phone feels like to use.

A feature often neglected by most phone manufacturers, the single, downward-facing speaker on the Z1 was loud but lacks the richness or detail when the volume gets louder. Sony is aiming to rectify this on the Z2 opting for front-facing stereo speakers it claims features something called “S-Force Front Surround” to reproduce 3D sound. 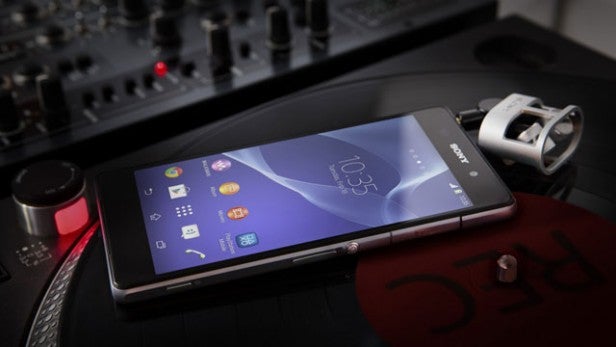 Difference #5: A newer version of Android

This is little more than a case of stating the obvious, but the Sony Xperia Z2 comes with Android 4.4 KitKat. It’s the latest version of Google’s OS, and every major new Android phone ships with it these days.

At present, the Xperia Z1 uses Android 4.3, although an update to Android 4.4 is planned.

This is actually a pretty minor difference as both phones use a custom interface that minimises the impact of any features added in Android proper.

The Z1 wasn’t exactly a slouch in the battery department comfortably lasting a day and half without tapping into the power management tools and now the Z2 packs a bigger 3,200mAh battery.

That’s a 200mAh increase and with the handy Battery Stamina and Low Battery mode still included you can conserve power when you have reached critical battery life levels.

As well as an improved 2.2 megapixel front-facing camera for selfie and video calling action, Sony has included a series of new custom camera modes, the most notable being the TimeShift video mode.

Like the iPhone 5S, you’ll be able to shoot footage and then slow it down afterwards. Maximum video quality in this mode is only set to 720p HD at 120fps. You can however record much higher resolution video in other modes… 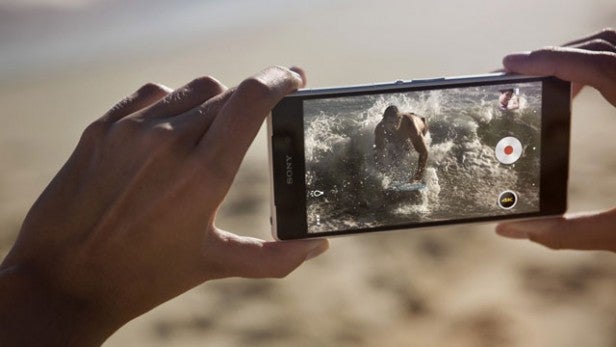 The Z2 matches the camera credentials of the Z1 using the same
20.7-megapixel main Exmor RS camera with a 1/2.3-inch sensor, Sony G Lens and Sony Bionz for
mobile image processing engine on board. That’s a seriously impressive sensor for a phone, but we weren’t immensely impressed with the results during our testing of the Z1.

Sony has not budged from the full HD 1080p display with 441 pixels per inch. To be honest we were not convinced many more pixels would be hugely beneficial as current top phone screens already look pin-sharp.

The Xperia Z1 Compact, the mini version of the Z1 has a much better screen than the Z1 despite being lower-resolution. The Z1 has a few contrast, black level and viewing angle issues, and these are likely to be fixed in the Xperia Z2.

Like the Z1, the Z2 is IP5X certified dust-proof and IP58 certified waterproof, so you can go for a
dip up to 1.5m deep and take pictures with the dedicated camera button.