Sony has just announced the Xperia Z1, the phone that was long-rumoured to be called the Honami. It’s the successor to the Xperia Z, but how much better is it? Let’s take a look.

The Xperia Z1 trades the Z’s plastic in for metal
Perhaps our favourite design change in the Xperia Z1 is that the plastic inner and outer parts of the Xperia Z have been replaced by metal.

The glass front and rear panels used in the Xperia Z are still here, but the metal skeleton makes the Xperia Z1 feel like a much flashier, stronger phone. This cures one of our initial gripes about the original Z – that it didn’t feel all that expensive, despite all the glass on show.

And it keeps the IP57 weather resistance
The basic design style of the top-end Xperias hasn’t changed, though. Both the Xperia Z and Z1 use rubber-sealed panels that cover the phone’s ports to stop water from getting into the phone’s inside bits.

Both phones are rated to the IP57 standard, meaning they’re protected from dust and can be submerged in water without dying. Specifically, they can be dunked in 1m of water for 30 minutes. 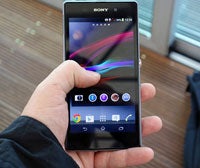 But the Xperia Z is lighter and thinner
Better build quality and a higher-end feel are important, but there is a bit of a trade-off. The Xperia Z1 is a bit heavier and thicker than the Xperia Z.

The newer phone is 8.3mm thick. It’s hardly a chubby mobile, but the squared-off design of both the Xperia Z and Xperia Z1 does show off the difference, where curvy phones can hide their bulges more easily.

And the Xperia Z1 has a much higher-capacity battery
The additional girth of the Xperia Z1 isn’t just down to the use of aluminium as opposed to plastic. It also has a much, much larger battery.

The Xperia Z has a 2,330mAh battery, the Xperia Z1 a 3,000mAh unit. Given that the phones both have 5-inch 1080p screens, this should result in far better stamina for the new phone.

It’s a much-needed improvement too, as poor battery life is a real concern with the Xperia Z.

Take a quick breather from the phone battle with this video preview of the Xperia Z1. See what it really looks like in person.

The Xperia Z1 has a much, much better camera
One of team Trusted’s favourite improvements in the Xperia Z1 is its improved camera. In terms of megapixels, there’s a huge jump up from 12 megapixels to a whopping 20. However, this is not the exciting bit.

What’s worth bragging about on Sony’s part is the use of a 1/2.3 inch sensor. This is the same size as a lot of dedicated compact cameras, not to mention the camera-centric Samsung Galaxy Camera. We expect low light performance to be a good deal better than the Xperia Z. And even in good lighting it’ll be able to render a lot more detail. In theory at least. 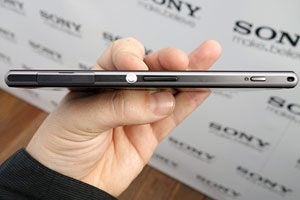 There’s really no contest and – just as important – the Xperia Z1 also has a better GPU, using the Adreno 330 chip rather than the Adreno 320 one. It’s a marginally faster processor.

The Sony Xperia Z1 trades away a few of the things that Sony bragged about so much when the original Xperia Z launched.  It’s no longer outrageously thin or light, but in many other respects it’s a far better phone. It looks and feels more expensive, its camera hardware is seriously impressive and the processor has been upgraded to the type used by the new Xperia Z Ultra. You could probably see this coming – but it’s the phone the Xperia Z really should have been.

Next, read our Xperia Z vs Z Ultra comparison