Sony has just revealed the Xperia Z1. It’s the company’s new flaghip Android, a phone that has to compete with the Samsung Galaxy S4 and – one day – the Galaxy S5. But does it have the chops?

We’ve looked at the phone’s top 10 features to assess whether any of them are really worth getting excited about. 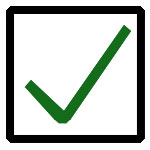 The Xperia Z1 has an aluminium frame rather than a plastic one, as seen in the Xperia Z. As such, it feels a lot studier than its predecessor.

Should I care? Yes, the Xperia feels a bit rubbish in-hand. The Z1 does not. 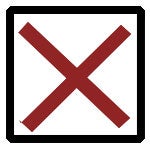 This camera mode takes 61 images in two seconds. As such, it’s a bit like the burst modes of the HTC One, the Nokia Lumia 925 and the Samsung Galaxy S4. Except with way, way more frames captured. It takes them before and after you press the shutter, with the idea being that you’ll never miss a snap.

Should I care? No. Photos are most commonly missed because you haven’t managed to get the camera to focus quickly enough, or you haven’t composed your shot in time. Shots are also taken at reduced resolution, making them totally useless anyway for real photo fans.

Think 13 megapixels is a lot for a phone? Think again. The Xperia Z1 has a ridiculous 20.7-megapixel sensor, higher in resolution than the £700 Sony RX100.

Should I care?  No, this phone has a ridiculous number of pixels for its sensor size. It’s mostly marketing nonsense.

What’s far more interesting about the Sony Xperia Z1 camera is its sensor size. Where most camera sensors in phones are around 1/3.2 inches, the Z1 has a 1/2.3 inch sensor. Is it gigantic? No, but it is the size used by many dedicated compacts, and a lot bigger than that of most phones.

Should I care? Yes, a larger sensor should give the Xperia Z1 better low light performance and better overall image quality than either the Galaxy S4 or HTC One.

Like the Xperia Z, the Sony Xperia Z1 has a water resistant body. It’s slightly more adept than the Xperia Z, which also offers water and dust resistance. It’s certified to IP55 and IP58 standards, meaning it can be submerged underwater beyond 1m for more than half an hour and is dust-proof. You do need to make sure its rubber-sealed flaps are properly in-place, though.

Should I care? Yes, but it’s nothing dramatically new. The Z Tablet and Xperia did a similar thing.

One of the more eyebrow-raising features of the Xperia Z1 is live Facebook streaming of video from the phone’s camera. You can really ‘Truman Show’ your whole life with this thing. You can see your friends’ comments and likes as you’re recording too.

Should I care? No, unless you’re 12. Anyone worth watching a live stream of will not be using a Z1 to film themselves.

One of the more gimmicky features of the Xperia Z1 is Info Eye. This lets you take a picture of your surrounding and the phone performs a visual search to try and identify what you’re looking at. This includes some clever OCR tech that’ll decipher – for example – book covers.

Should I care? Yes. It needs to work well, and we don’t know if it does yet, but this sounds useful.

Should I care? Absolutely, a giant battery should – fingers crossed – mean you’ll be able to get two days out of the thing with some careful battery management.

PlayMemories is a cloud storage solution for your photos. It’s a lot like SkyDrive, the Microsoft service that does exactly the same thing for Windows Phone mobiles. It offers quick and easy photo backup, so you don’t have to worry about your snaps.

Should I care? Not really. It’s not particularly useful as a photo-sharing tool – compared with something like Instagram. And we’d bet it doesn’t upload photos at full-res either.

Sony claims that its camera offers a 3x zoom with no loss of clarity. Of course what this actually means is that the thing has so many megapixels to spare and such a generous-sized sensor that it can crop into the sensor before image quality diminishes below the level that’ll make your average camera buyer realise the effect of the digital zoom.

Should I care? Not as such. The effect is nowhere near as impessive as it is on the Lumia 1020. And it’s the sensor we should be praising, not the ‘lossless zoom’ marketing gumpf.

The Sony Xperia Z1 is a perfect blend – 50 per cent genius, 50 per cent rubbish. 5/10. However, some of its good bits are pure gold, especially the larger camera sensor and the redesigned phone frame.

Next, read our full hands-on of the Sony Xperia Z2