The Sony Xperia Z1 Compact is a phone that many people have asked for – a mobile with top-end specs but a screen small enough to let the phone comfortably fit in your pocket. Not everyone wants a 5-inch screen. And god knows why anyone would want a 6-inch one.

In many respects the Z1 Compact and the 2013 flagship Sony Xperia Z1 are pretty similar. They both have expandable storage, the same UI, the same camera and a familiar design.

But are you really missing out on anything when you buy a Compact over the full-size model? Here’s how the two differ.

The Z1 is much, much larger

The Z1 is 17mm taller and 9mm wider. In phone terms that a lot of extra footprint. A trade-off is that the full-size Z1 manages to get a full 1mm slimmer than the Z1 Compact, as there’s more room for the internal components to spread out.

Any issues we have with reaching from one end of the screen to the other with a 5-inch phone melt away with the Z1 Compact. Its design is a lot more accessible in this respect. 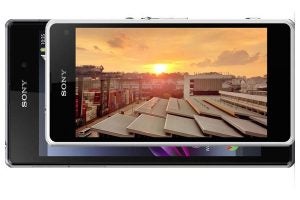 A size comparison of the two phones

And has a larger screen

This difference in size is all down to the size of the screens. The Z1 has a 5-inch screen, the Z1 Compact a 4.3-inch display.

Although 4.3 inches seemed large for a phone just a few years ago, it’s now the sort of size we usually see in much lower-end, affordable mobiles. This is the risk of making a phone like the Z1 Compact – such associations may mean the average buyer simply isn’t willing to pay out for it.

The Xperia Z1 has a higher resolution screen

The screen specs do give some cause for arguing the Z1 Compact should be a bit cheaper, though. It has a 720p screen where the Z1 display is Full HD.

Sony would argue that a smaller screen means the Z1 Compact doesn’t need as many pixels, but pixel density is still a lot lower in the Compact despite the smaller screen. The Compact’s pixels-per-inch rating is 342 where the Z1 rides high with 441. There’s not a dramatic difference in terms of the perception of sharpness, but keen eyes will certainly be able to tell the difference.

But the Z1 Compact has a better-quality panel

That said, the Z1 Compact does benefit from being a newer phone in other ways. Sony has learnt a few tricks since the Z1 arrived in September 2013.

Many people, us included, complained about the slightly rubbish viewing angles of Sony’s top-end Xperia Z1 – despite Sony’s claim that it features some of the technology that powers the company’s flashy LCD TVs. As is often the case, these claims rang a bit hollow in the end.

The Z1 Compact makes significant improvements to the actual image quality, which is arguably much more valuable than pure pixel density. Contrast and black levels are improved, and there’s less of the ‘greying’ effect when the phone is at an angle than you get with the full-size Z1.

Compact has a smaller battery, lesser stamina in some situations

As a small phone, it not great surprise that the Z1 Compact has a smaller battery than the 5-inch Z1. It has a 2300mAh battery compared to the Z1’s 3000mAh unit.

Numbers for things like call time, standby time and music playback are naturally much better on the Z1. However, real life performance is likely to be a lot closer as the Compact has a less battery-draining screen.  We’re currently mid-way through our battery testing of the Z1 Compact, but we expect to see – like the Z1 – strong battery stamina. The Z1 can last for two days of light use, and a good day and a half for even pretty enthusiastic mobile phone folk.

They have the same core processor specs, storage

Other than these differences, the Sony Xperia Z1 and Z1 Compact are pretty-much identical. They have the same camera, the same Snapdragon 800 processor and 2GB of RAM. Unlike the Samsung Galaxy S4 Mini and the HTC One Mini, the Z1 Compact is not a phone built with budgetary compromises that fit with its smaller scale.

Next, read our iPhone 5S vs Xperia Z1 comparison