Sony has revealed its latest Android phone, the Sony Xperia Z Ultra. But how does it differ from the Xperia Z, which was, up until now, Sony’s flagship phone?

It’s not quite as you might expect. In some respects the Xperia Z is the superior mobile. 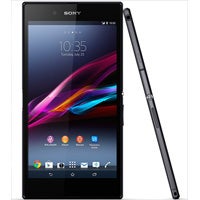 Difference #1 – Xperia Z Ultra is much, much larger

These days, a 5-inch phone like the Xperia Z is not considered a phone-tablet hybrid but just a great big phone. The Xperia Z Ultra trips over the line into hybrid territory.

It has a 6.4-inch screen. Its bezel may be super-slim, but the Xperia Z Ultra is still 9.2cm wide. That’s 2cm wider than the Xperia Z – a phone that is already pretty massive in its own right.

We found that Xperia Z Ultra is still fine to hold one-handed, but your dexterity handling the phone will suffer. It’s also significantly heavier at 212g – the Xperia Z is 146g.

To try and make the Ultra easier to live with, Sony has also introduced the SBH52 accessory. This is a larger-than-average headset that also incorporates a screen that lets you read your text messages. 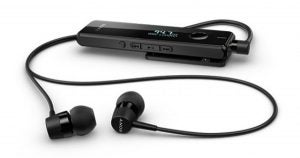 Difference #2 – Z Ultra has a more advanced screen, in theory 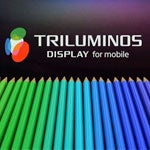 Sony says that the Z Ultra benefits from screen advancements not seen before outside of the company’s TVs. They’re called TRILUMINOUS and X-reality, and are found in Bravia tellys.

According to Sony, these increase colour palette, contrast, sharpness and colour saturation. The first sounds a little dubious when the Xperia Z already had a claimed colour palette of 16.8 million shades.

That said, we were a little disappointed with the screen of the Xperia Z, which is immediately less impressive than the HTC One’s or Galaxy S4’s. Hopefully the Z Ultra will fix this.

The Xperia phones are probably the best-known water resistant mobiles in the world right now. However, the level of certification for each is a little different.

What’s the difference? When you read the certificate descriptions, it sounds semantic. It’s the difference between being ‘protected against the effects of immersion’ in water and ‘protected against submersion’. Esseitially the Xperia Z is built to withstand submersion in water to a depth of 1m for up to 30 minutes. The Xperia Z Ultra can safely go under the 1m mark and stay under water for longer, although Sony has not specified how deep it is safe to take it. 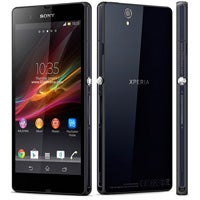 Although the Xperia Z wasn’t released that long ago, the Xperia Z Ultra’s processor is a generation ahead of its smaller brother.

Being able to be driven this hard is one of the major upgrades in the Snapdragon 800 SoC – the 600 only comfortably clocks up to 1.9GHz. The other is in the GPU, rather than the CPU part.

The Snapdragon 800 has an Adreno 330 GPU, rather than the Adreno 320 GPU found in the Xperia Z. It has twice the power according to Qualcomm – and brings support for 4K resolution video playback. Naturally, this is only of any use if you have a 4K TV. And who has one of those yet?

So far, the Xperia Z Ultra has lived up to its ‘ultra’ title. More power, more screen, more tech.

However, oddly enough, its camera is a lot worse. It has an 8-megapixel sensor – most likely the same one seen in the mid-range Xperia L. And, more important, it has no flash. That means when the lights go down the camera becomes pretty useless.

It’s a bit of a bummer when the missing flash could in theory be used as a video LED light when recording underwater. To illuminate the little fishes and the like.

Both phones have decent user-facing cameras for video calling.

Difference #6 – Xperia U can be operated with pencils and pens

The Xperia Z Ultra has a special touchscreen. It doesn’t have a high-fidelity digitiser like the Galaxy Note 2, but it does respond to pens and pencils – anything with a nib 1mm or larger – which the Xperia Z will not.

Quite how it works is a bit of a mystery at present. Having a toughened glass top layer rules-out a resistive hyrid screen and there’s no border in which to fit an IR touch array. We’re looking for clarification on how the screen works from Sony – we’ll be back once we know the details of the tech behind the Z Ultra’s superior penmanship.

The Xperia Z will only respond to conductive objects – such as metal items, fingers and so on. Being able to write on the Ultra’s screen with a pencil will help to justify all those screen inches.

The Sony Xperia Z Ultra is a brave experiment. Many will find it much harder to live with than the Xperia Z and, thanks to its lower-quality camera, it’s not better-specced across the board.

However, it is a solid entry to the world of giant phones, thanks to its interesting use of touchscreen tech and its compatibility with the newly-announced SBH52 headset. This lets you read texts and take calls without taking the phone out of your pocket, taking some of the pain out of living with a phablet.

But which would you rather have? An Xperia Z or an Xperia Z Ultra?

Next, read our Xperia Z Ultra vs Galaxy Note 2 comparison