The Sony Xperia M2 and the HTC Desire 610 are the latest affordable Android smartphones aiming to emulate what the Moto G achieved in 2013.

Motorola’s best-selling handset ever re-defined what was possible for a smartphone that didn’t cost almost the same as a HTC One or a Samsung Galaxy S4.

Can these two 4G smartphones cause a stir in 2014? We compare the specs to see what they are made of.

Like the Xperia M and the Desire 601, their successors channel the look of the more expensive HTC One and Xperia Z1. The 610 looks like the HTC One from the front, albeit it swaps an aluminium frame for a more predominantly plastic body. With matte on the sides and a glossy back the 610 doesn’t have a removable battery. It does make room for HTC’s Boomsound speakers despite lacking the Beats Audio technology to make the most out of them.

Similarly, the Z2 adopts the same ‘OmniBalance’ design used in the Xperia Z1 and now the Xperia Z2 minus the aluminium frame. Available in black, white and purple, the M2 weighs 148g and measures in at 8.6mm thick, making it slimmer and only marginally heavier than the 610. 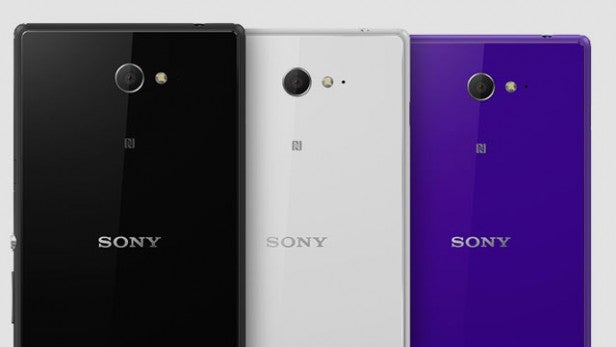 One area where things feel very mid-range are the displays. While screens have got larger, with the Xperia M2 hopping up from a 4-inch display to a 4.8-inch one, resolution and pixel density are evenly matched.

A 960 x 540 resolution doesn’t fill us with much optimism especially as this is far from a major improvement from the distinctly underwhelming displays in both of the previous handsets. When you consider the Moto G manages a 720p HD camera we are entitled to expect more.

It’s a similar story with the Desire 610’s screen. It has the same resolution but the screen is just 0.1 of an inch smaller. 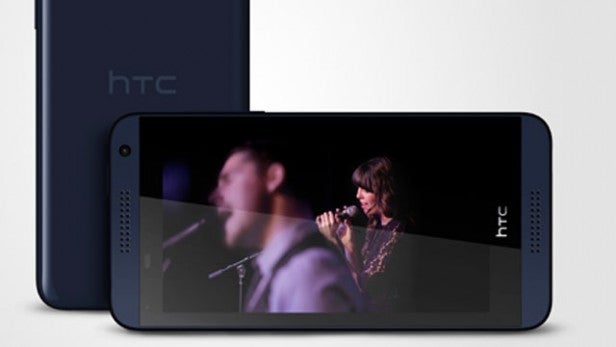 Cameras tend to suffer at the lower end of the smartphone scale, so HTC and Sony have both tried to rectify this. The 610 doesn’t use the same UltraPixel camera used in the HTC One and the One Mini unfortunately. This was the sensor that cut resolution in favour of incorporating larger sensor pixels to generate better low-light performance. What you will find on board is an LED Flash, the ability to shoot HDR images and 720p HD video recording. Taking care of selfies and video calls is a 1.3-megapixel camera. One of the most notable omissions is an autofocus to help prevent photos being a blurry mess.

The M2 also packs an 8-megapixel main camera with a front-facing shooter that Sony has yet to reveal precise details about. The good news is that it uses the Exmor RS for mobile image sensor to help shoot better low-light photography and has digital image stabilization to prevent things from looking jittery. Other notable features include the fact that the HDR mode can now be used for video, new camera modes like Social Live broadcasting and Full HD 1080p recording. 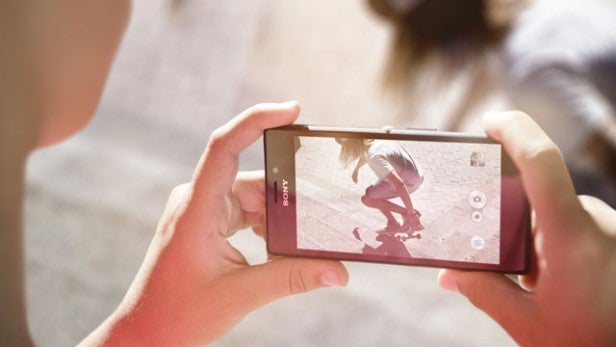 Like every Desire phone, the 610 runs on Android and the good news is that’s it bang up to date with Android 4.4 KitKat. With HTC’s Sense UI overlaid on top you’ll also have access to the socially-driven Blinkfeed home screen and an all-round sharper, cleaner-looking operating system like you can expect to find on the HTC One.

The Xperia M2 effectively matches it for processing power and RAM although runs a lightly skinned version of Android 4.3 Jelly Bean. That’s not an entirely bad thing as 4.3 Jelly Bean is still one of the cleanest versions of Google’s mobile OS and Sony doesn’t dramatically overhaul the experience.

In the battery department, the M2 packs a 2,300mAh battery compared to the 610’s 2,040 battery, so both should be in the stamina realms of the Moto G. Sony claims you can expect up to 14 hour talktime and just over 8 hours of video playback. With Battery Stamina mode also on board, it should help keep Sony’s mid-range smartphone going for longer, though the slightly lower capacity is a small concern at this stage. 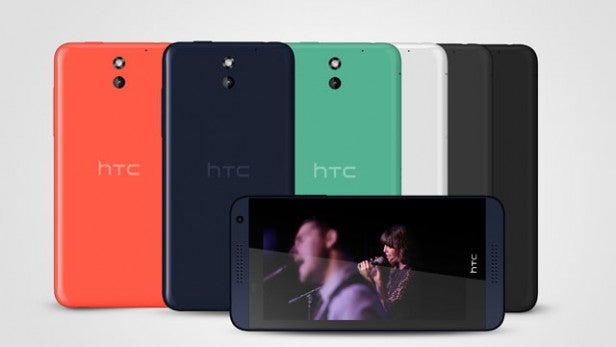 Where both handsets trump the Moto G is the fact that they support 4G. This means you can enjoy the faster data connections and download speeds if you plan to spend a little more on your contract. The connectivity similarities do not end there with the M2 and 610 both offering NFC, DLNA and Bluetooth 4.0 wireless streaming. Whether it’s sending music to a speaker or syncing data from a fitness tracker they have got it covered.

MicroSD card support is often a deal-clincher for some and when there’s just 8GB of storage to play with, and the Desire 610 just shades things here as it supports cards up to a remarkable 128GB whereas the M2 is limited to up to 32GB. The M2 does also come with 50GB of free storage via Dropbox rival Box if you want to store content in the cloud, though.

When you compare the specs, there is very little between the two mid-range 4G Android phones. The screen is slightly bigger on the M2, but it has the same resolution as the 610. The cameras are almost identical although the M2 perhaps shades it with the extra features and 1080p Full HD video recording. They match each other in the power department, although the 610 runs on Android 4.4 KitKat instead of Android 4.3 Jelly Bean.

The ultimate question is whether they can rival or even beat the Moto G. The Motorola phone has a vastly superior screen and can do almost everything a more expensive phone like the Nexus 5 can do for a fraction of the price. It does lack 4G and if you are looking for something more future proofed this is a clear advantage.

HTC and Sony have yet to talk pricing but we are anticipating that the M2 and 610 will be closer to the £200 price mark than the Moto G. if that’s the case they could well end up being two very viable alternatives to our current cheap phone favourite.