Sony RX100 V specs, price, release date: What’s new in the RX100 V and should you upgrade? We take a closer look.

The Sony RX100 IV is one of our favourite cameras of the last year, and Sony has only gone and updated the series yet again. It is up to the Sony RX100 V to continue the series’s reign of terror over the compact camera market.

There are five major differences this year, and like the RX100 IV’s additions they are concerned with pure speed and processing smarts.

Don’t expect radical image quality improvements, but once again Sony sets the pace in other areas. And we’re not sure whether everyone else has a chance of keeping up.

Let’s look at those five major improvements of the Sony RX100 V.

The Sony RX100 IV is the first in the series to have phase detection autofocus, which is quite surprising when most high-end phones now have on-sensor phase pixels. It’s a hybrid system, using both phase detection and contrast detection.

There are 315 phase focus points, covering 65 per cent of the sensor rather than just a blob in the centre.

It’s a little hard to imagine how much better the RX100 V can get, because the RX100 IV is already extremely fast and accurate, particularly for a contrast detect system. Sony’s own claim is that the new camera can focus as quickly as 0.05 seconds, where last year it said the RX100 IV could focus in 0.09 seconds.

Speeds this quick don’t really equate with real-world performance, but we imagine there will be a significant performance increase. As the phase detection points are part of the sensor, they can be used during video too, unlike a DSLR. 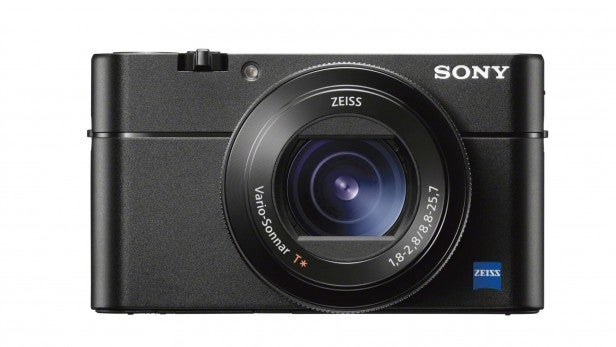 In case you’re not familiar with the difference between phase detection and contrast detection, the latter looks at the focus point as the AF motor moves, searching for the point at which contrast is highest. Higher contrast means greater sharpness. As the camera only knows the sharpest point after going past it, the AF has to track back, which is one of the things that slows down contrast detection AF.

On-sensor phase detection uses specific pixels or microlenses that assess the phase of light across the sensor, which also lets a camera tell whether the image is in focus or not. As there’s no focus seeking involved, no tracking back, phase detection is generally faster than contrast detection. However, contrast detection has benefited from improvements in processing, which is why the RX100 IV doesn’t feel compromised despite the contrast-only focusing.

One of the clever new features of the Sony RX100 V is an AF-A mode. This makes use of the camera’s unusually powerful brain to automatically switch between AF-S and AF-C modes.

To explain: AF-S means the autofocus acquires a lock and then stops. Job done. The “S” stands for single.

AF-C continually checks focus and then refocuses immediately as required to keep the subject sharp. The “C” stands for continuous.

AF-A will use AF-S focusing for stationary subjects, and AF-C for moving ones. We’ll see how well this works in our review, but it has the potential to dramatically reduce the times when being in the wrong focus mode means you miss that crucial shot. 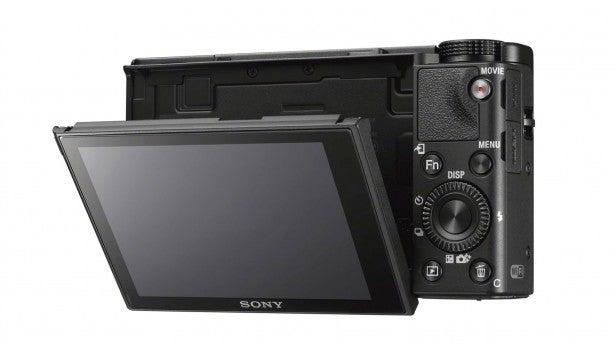 Burst shooting performance of the Sony RX100 V is frankly jaw-dropping, and it was already a marvel in the RX100 IV. The older camera can shoot at 16fps when shooting JPEGs, and can snap 45 shots before the buffer fills up and it has to take a break.

The RX100 V shoots at 24fps, and can capture 150 shots, saving both RAWs and JPEGs if you like. That’s at full 20.1-megapixel resolution too.

As well as making this one of the best compact action cameras in the world, there’s another side to this. If you stitch together those images as frames in a video, you could produce incredibly high-quality footage. It would only make six seconds of video but, boy, they’d look good.

The most eye-opening feature of the Sony RX100 when it launched was its 1,000fps 40x slo-mo video mode. It turns two seconds of shooting into almost a minute and a half of footage. So make sure you’re actually shooting something fast-moving, and interesting.

The problem with this feature was that you could only shoot for a couple of seconds before recording would stop. By increasing the processing power and buffer of the RX100 V, the camera can now reportedly shoot at 1,000fps for up to eight seconds. That will end up as over five minutes of 40x slowed-down video. 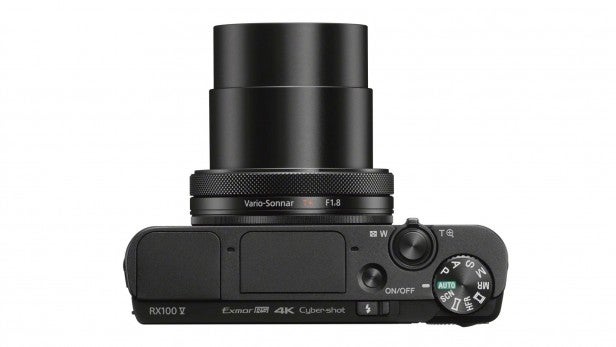 A lot of the performance improvements are down to a new LSI chip. This is effectively a second processor that backs up the main Bionz X processing engine.

While we don’t expect radical image quality improvements as a result, Sony says that it will help improve higher ISO performance.

You probably know this already, but a camera uses higher ISO sensitivity settings to shoot in low light without slowing the shutter down dramatically. It should make night-time handheld shots look a bit cleaner with any luck. 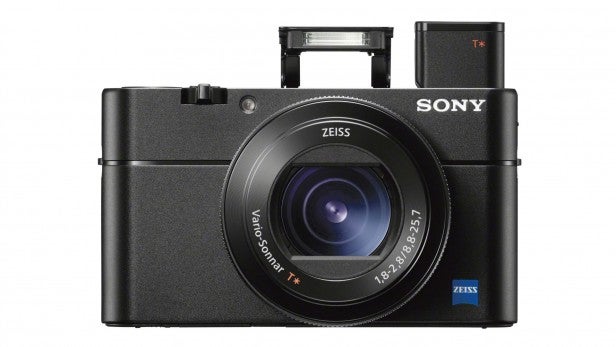 What’s the same and what’s the price?

These are the main differences between the RX100 IV and RX100 V. As is the tradition with new RX100s, this model is also a bit more expensive.

Sony hasn’t yet announced UK pricing, perhaps because it’s waiting to see how much further the pound falls by the November release date, but it’ll cost $1,400 in the US and 1,200 Euros in Europe. The RX100 IV currently costs £999.99, but it may drop a little once the RX100 V lands.

Apparently the RX100 V has a “newly” designed sensor too, but reading the specs it sounds virtually the same as the old one. It’s a 1-inch sensor, with resolution of 20.1 megapixels.

If you’ve been reading extensively about the Sony RX100 V, you may have read about how it shoots 4K video without “pixel binning”, but the IV does this too. What this means is that when it captures 4K footage, it uses oversampling to combine the data of all the sensor’s pixels rather than only looking at a cut-down number of pixels to reduce processing. As Sony says, this reduces “jaggies”, acting as anti-aliasing.

There are still parts missing from both cameras, though. Neither has a touchscreen, and the screen only tilts up and down rather than being fully articulated. The cameras also lack proper optical image stabilisation, which is one of the big extras you get in the larger Sony a6500, along with a much larger sensor.

We’ll be back with our full review of the Sony RX100 V soon.