Apple has just released iOS 9.3 and it comes with a new feature called Night Shift. This should help your sleep, but how? Let’s have a look.

Are you feeling sleepy? It might be the late night or early start you just had, but it could just as well be your smartphone’s fault.

Many of us stare at screens pretty much all day long. We use our laptops throughout the working day and relax with our tablets and TVs in the evening. Interspersed with all of these activities, of course, is our regular smartphone usage, which even follows us into bed.

This constant screen-time is doing damage to more than just our our real life social interaction skills. A large volume of research has been amassed suggesting that our devices are severely affecting our sleep patterns – with potentially serious consequences.

How exactly is this true, and what long term effects will screen-induced sleep disruption have on our health? And what, if anything, is there to be done about it?

Related: QuietOn is a noise-cancelling earplug that will help you sleep 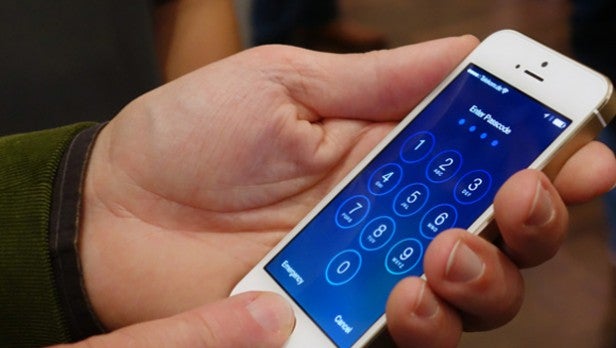 We perceive light in different wavelengths, which manifest themselves as different colour tones. Devices with screens such as smartphones, laptops, tablets, and TVs all tend to produce high amounts of the blue light wavelength.

This blue light is picked up by special cells behind our eyeballs, identified in a 2003 Brown University paper as intrinsically photosensitive retinal ganglion cells. These blue-bathed ipRGCs in turn tell the body to suppress the production of melatonin – a hormone that helps instigate sleep at the appropriate time.

Melatonin levels naturally increase at night in anticipation of sleep, but the specific kind of light given off by smartphones and laptops interferes with that. The result is that the circadian rhythm – our natural 24 hour body clock – is disrupted, and onset and amount of REM sleep (the most valuable kind) is reduced.

If you’re wondering why all this might be, it’s worth noting that the blue light given off by our devices is similar to that given off naturally by the sky during the day. Blue light is key to restoring us to a state of alertness at the start of a new day.

Essentially, our screened devices are tricking our brains and bodies into thinking it’s still day time when they should in fact be shutting down for the night.

The science of sleep

We’ve mentioned that there’s been plenty of research on the effects of mobile usage on our sleep patterns, so let’s cite some specific examples.

In a 2013 study, scientists at the Rensselaer Polytechnic Institute conducted an experiment to determine the effects of tablet displays on sleep.

The study monitored 13 people as they used tablets to read, play games, and watch movies – just as we all tend to do. The screen brightness was set to full, but the participants viewed their tablets under three distinct conditions.

One was through a pair of clear goggles fitted with blue LED lights, another involved wearing a pair of googles with orange-tinted goggles (nullifying the blue light), and the third condition involved viewing the tablet normally, without any headgear.

It was found that after two hours of tablet usage, the melatonin levels in those tested were much lower under the blue goggle and no-goggle conditions than the orange goggles. Their bodies were much less prepared for sleep.

In a separate study conducted by Harvard University, researchers compared the effects of 6.5 hours of exposure to blue light to the same level of exposure to green light. It was found that the blue light suppressed melatonin for twice as long as the green, and shifted a person’s circadian rhythms (them again) by twice as much.

Just to confirm that it’s the blue light itself that’s doing the harm here rather than simply the process of having your brain engaged in reading late into the night, a PNAS study from 2014 found that “compared with reading a printed book in reflected light, reading a LE-eBook in the hours before bedtime decreased subjective sleepiness, decreased EEG delta/theta activity, and suppressed the late evening rise of pineal melatonin secretion during the time that the book was being read.”

Reading an electronic book before bed also “lengthened sleep latency; delayed the phase of the endogenous circadian pacemaker that drives the timing of daily rhythms of melatonin secretion, sleep propensity, and REM sleep propensity; and impaired morning alertness” when compared to reading a normal book.

There’s more at stake here than simply oversleeping or struggling to stay attentive to tasks during the day. The chronic suppression of melatonin has been linked to increased risk of prostate, colorectal and breast cancers, while a constant lack of sleep has been directly associated with obesity and diabetes.

Research is still ongoing on the precise nature of the link to cancer, but Harvard University has conducted a study into the links to diabetes and obesity.

The study put ten people on a schedule that shifted their circadian rhythms. This prompted their blood sugar levels to increase, sending them into a pre-diabetic state. Meanwhile levels of leptin – the hormone that makes you feel full up after a meal – also went down.

How to get a good night’s sleep

In the conclusion of the LRC study mentioned earlier, the report urged device manufacturers to “design ‘circadian-friendly’ electronic devices that could either increase or decrease circadian stimulation depending on the time of day.”

That’s precisely what Apple has done of late. As part of the iOS 9.3 update, which you can download now, Apple has added a new mode called Night Shift. This is aimed at reducing your iPhone’s impact on your sleep based on the kind of findings discussed above.

With Night Shift mode enabled, when the sun goes down, the iPhone’s screen will automatically change to emitting more ‘red’ light – the kind of light that occurs naturally towards dusk – and reducing the device’s output of ‘blue’ light. In the morning, the display automatically turns to its normal temperature colour, mimicking natural daylight.

For many iOS users, this basically marks the belated incorporation of the functions set forth by an established app called f.lux, which formerly did precisely the same thing. Back in November 2015, however, Apple booted f.lux from the App Store for side-loading violations (the app had to be installed from a source other than the App Store, which Apple prohibits). 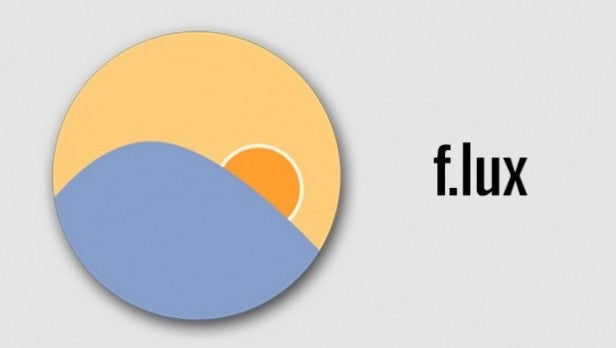 Now that this function is being baked into iOS as standard, iPhone and iPad users are sorted. Windows, Mac, and Linux users, meanwhile, can also use F.lux.

Fortunately, there are no such restrictions in place on the Android platform, and there are plenty of apps that prevent the disruption of your circadian rhythm on the Play Store. One top pick is Twilight from Urbandroid Team, which does the job of tinting your display red at a certain time, with the added benefit of a slick UI.

Another that does a similarly accomplished job is Lux Auto Brightness, which takes into consideration the environment you’re in to lower the brightness as well as tone of your screen.

Whatever platform you use, however, the best remedy to display-induced sleep disruption is to simply not use your device shortly before bed time. If you can set yourself a rule that an hour or even two before bed you leave your phone, tablet, and laptop well alone until the morning, you’ll find that your quality of sleep improves dramatically.

Of course, we all leave busy lives, so if such a rule proves impractical (or too difficult to enforce), make sure you utilise one of the aforementioned tools. After all, a good night’s sleep is more important than we ever realised.