Sky Q vs Virgin Media: Should you get ready to switch?

Sky has just announced the pricing details for its upcoming Sky Q box. So what better time to compare it to Virgin Media.

Sky Q threatens to be one of the most compelling UK tech releases of 2016. It’s a next-generation set-top-box and media service that goes big on 4K, multiroom, and mobile viewing.

One of the big choices anyone looking to sign up to a major TV service in the UK will have is between Sky Q and Virgin Media. So, how do they stack up?

One of the big plus points of the fresh Sky Q service over the old Virgin Media one will be 4K support. Virgin still outputs at 1080p or Full HD.

The precise nature of Sky’s UHD content is a little vague, but Sky insists you’ll be playing 4K video on your Sky Q box soon after launch. Sky told us we can expect sport and movies to provide the main 4K content, so it’s not quite ready for the mainstream just yet.

Related: 10 reasons why you should get Sky Q

The Sky Q box will come with a generous 2TB of storage for your recorded programmes. Virgin Media’s TiVo box has half that amount at 1TB. It’s a clear and straight-forward advantage, but note that as 4K content increases in popularity and availability, that 2TB is likely to look less and less roomy. 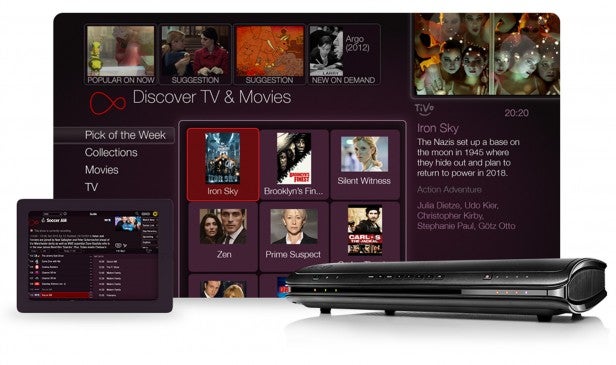 The Sky Q box has built in support for 2.4GHZ and 5GHz Wi-Fi. Virgin’s TiVo offering, on the other hand, requires a physical connection to the internet, pretty much demanding that you set it up near your Virgin Wi-Fi hub.

Sky will also be supplying its new box with Bluetooth 4.0 connectivity, which assists in setting up the remote control, and will also enable quick and easy pairing and content streaming from mobile devices.

In addition, Sky is supplying Apple AirPlay support, which means you’ll be able to stream content (like Spotify) from your iPhone to your Sky Q box.

As for physical connections, the Sky Q box has one notable addition over the Virgin TiVo box – HDMI in. This second HDMI port could be used to plug in a Blu-ray or DVD player in the future, but Sky has kept schtum on its true purpose for now.

Related: Here’s everything you can do with the Sky Q remote 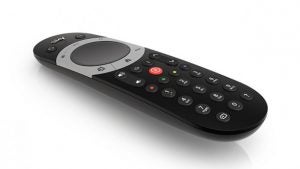 The Sky Q remote also has an interesting touchpad input for more fluid UI navigation, as well as a microphone for Apple TV-like voice input – though it seems that will be added later.

One final handy feature the Sky Q remote has and the Virgin remote doesn’t is a ‘find my remote’ button on the box itself. No more losing it down the side of the sofa.

Buy or upgrade now at Sky.com

Virgin has always been one of the best boxes for range of content, offering up Sky and BT channels if you’re willing to pay for them.

Elsewhere, while Sky is boasting that the Sky Q service will embrace YouTube, it will continue to omit Netflix. This is quite an oversight. Virgin, for its part, supports box popular online streaming services through its TiVo box – and has done for ages. 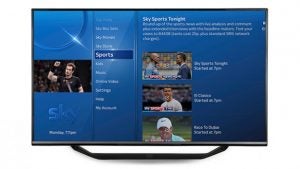 Sky is completely revamping its UI for Sky Q. Out goes the clunky, outdated, text-heavy interface of old, and in comes a slick, modern, and image-rich replacement. It’s arguably more reminiscent of modern streaming boxes like the new Apple TV, the Roku, or the Amazon Fire TV than traditional TV box UIs.

The Virgin Media UI, for its part, is starting to look its age. It’s gaudy, text-heavy, and sluggish compared to modern streaming boxes and smart TVs.

Both services claim to intelligently surface content you might be interested in. We’ll have to wait and see, but the new Sky Q attempt at this seems more transparent and visually alluring. 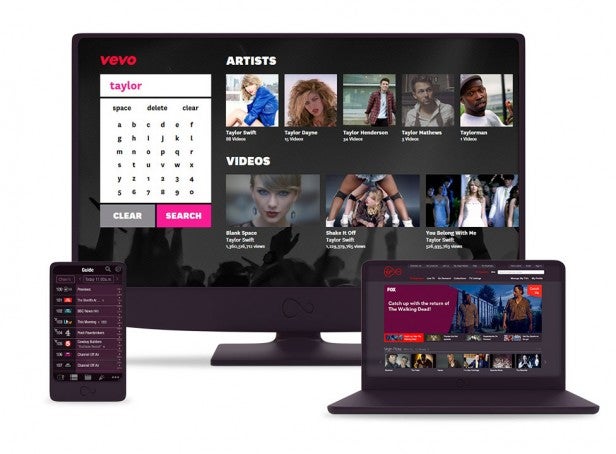 Both services have accompanying apps for your mobile devices in the Sky Q app and Virgin TV Anywhere.

Both allow you to check out TV listings and set recording schedules remotely, and both have the facility for streaming live TV content onto your mobile device. However, Virgin TV Anywhere only offers a limited selection of channels on two registered devices.

Meanwhile the Sky Q app will allow you to download shows for later offline viewing. You’ll also be able to use your phone or tablet to activate voice search, pause viewing on your Sky Q box and resume on a Sky Q app-running device.

There’s no doubting that Sky Q has the potential to be a great next generation TV box. We’ll have to spend some quality time with finished hardware to be sure, but it’s already looking likely to outshine Virgin’s offering in most core areas.

Of course, the two aren’t from the same generation, and you can bet that Virgin is working on its own Sky Q rival for some time in 2016. We sincerely hope so anyway, for the sake of Virgin and its customers.

There’s also a question mark over the price of Sky Q. You can have all the fancy features in the world, but if it’s priced beyond the reach of a large swathe of people, it’ll have limited appeal.

Buy or upgrade now at Sky.com

Would you switch from Virgin to Sky? Let us know in the comments section below