CES
has always been an event for the faintly ridiculous (just look where it
takes place) and the 2013 show was no different.
Ultra High Definition 4k screens were promoted with no solution to
content and astronomical prices,
virtual reality glasses were pushed years ahead of practical viability
and phones are now ridiculously thin when any sane consumer would
rather they had a few more millimetres and decent battery life. Then
again what is currently being derided in many quarters as the most
ridiculous trend of CES 2013, 5in smartphones, is actually one of the
most sensible. But to understand it requires a fundamental change of
perspective. 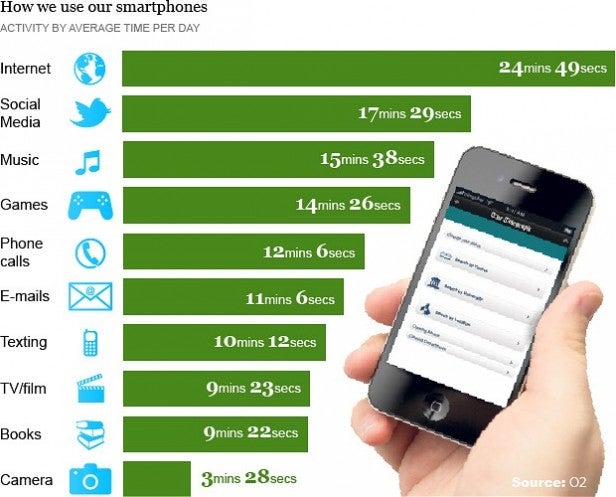 Why is a smartphone a ‘smartPhone’?

‘Smartphone’…
‘smart-phone’… the name is so misleading advertising standards really
should step in and hunt down those responsible because the emphasis is
completely wrong. Just look at the ingredients: a sat nav, MP3 player,
PMP, web browser, digital camera and mobile phone are combined and the
term ‘phone’ is the one that is kept. Time for a reality check.

Back
in June 2012
O2 reported making phone calls had become only the fifth most popular
activity on a smartphone. Above it came web browsing, social media,
listening to music and playing games, suggesting
‘smart-any-ending-but-phone’ would have been a better name. In fact
phone calls are predicted to drop even further with emails, texting,
video and eBook reading all just a few minutes behind daily phone usage
in the research. Quite simply the device in your pocket is a small
computer that just happens to make phone calls and it even does this
badly due to the number of competing antennas inside which enable its
wide ranging functionality. These days we should simply use the term
‘mobile’, after all position (‘desktop’, ‘laptop’) hasn’t done badly so
far. 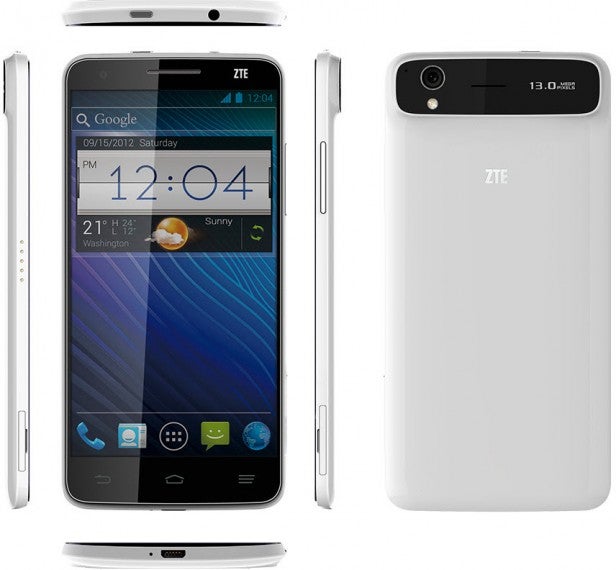 Which
brings us back to the five inch handsets unveiled at CES. The
Sony Xperia Z,
Huawei Ascend D2 and
ZTE Grand S (above) all took centre stage and will be joined by the
M7,
LG Optimus G2 and possibly the
Samsung Galaxy S4 when they are officially unveiled at Mobile World
Congress next month. They can hardly be described as phones and we
shouldn’t worry trying to shoebox them as such. Just look at the
details: commonalities other than their screen size include Full HD
1080p resolutions, quad core processors, LTE support and while Huawei
admitted its D2 was a little chunky (9.4mm thick, 170g) both the Xperia Z
and Grand S are substantially slimmer than a 3.5in iPhone 4S (7.9mm and
6.9mm vs 9.3mm) and roughly the same weight (circa 140g). Each is light
years on from the once comical
Dell Streak.

Why have mobiles gone in this direction? Easy:
they are designed to specialise at the things O2 explained we do most at
the expense of phone calls. In fact they will be better at everything
on O2’s list with the debateable exception of texting. Manufacturers
have made mobiles in response to our usage habits even if we hadn’t
recognised them yet. Calls were already beginning to take a back seat,
enlarging handsets just expedites it.

Hello! I’m in the library. The LIBRARY!

Or
will it? When critics attack ever larger mobiles the most common
stereotype harks back to images of the giant phone sketches from Trigger
Happy TV with a comically oversized handset held up to our ear looking
ridiculous while we are obnoxious. Tackling the obnoxiousness remains a
challenge, but on the move – where large mobiles are most inconvenient –
headsets and earphones with integrated mics are now prevalent.

At
home we have these options as well as switching to the speakerphone.
Putting a phone to our ears has never been ideal, it leaves us
one-handed with arm ache and is nothing to be held onto at the expense
of progress. Again bigger phones simply expedite this.

If
there is a genuine criticism of this shift to larger screen sizes,
however, it is the inability to use them with one hand. The counter
argument once more is this is only really a nuisance on the move,
but it is inconvenient nonetheless. Still the solution should come this
year through smartphone companions: second screens which deliver key
notifications and control of core functionality. And interestingly the
most popular form factor for such a device looks to be the humble
wristwatch.

The demand for such a
product is certainly there. Kickstarter records were shattered when
Pebble‘s “e-paper watch for iPhone and Android” set a funding goal of
$100,000 and received $10,266,845 and we were highly impressed in our
preview of fellow Kickstarter success story the
MetaWatch with a full review due in a few weeks time. An Apple
‘iWatch’ is also expected before the end of the year,
I’m Watch has set pulses racing and
it can’t be long before the major manufacturers unveil competing smart
watches for their Android handsets.

Of course long term the
vision is even more ambitious as devices move from our wrists to our
eyes like
Google Glass. It is only then that big phone screens will disappear,
as will the need for their screens entirely, as they become small
computers left in our pocket or bag streaming all their information to
us and delivering months of battery life at a time.

Until
then though ‘mobiles’ will simply keep getting bigger as manufacturers
cater towards our primary uses and the so-called ‘phablet’ becomes
normal as ever thinner, lighter mobiles with larger footprints creep to
within an inch of tablets. Perhaps when they
eventually bend we will fold them…
http://www.youtube.com/watch?v=A1Rc4MDmr8o

All
of which leaves us suddenly questioning where Apple fits into this?
Arguably the company which invented and inspired the modern
computer-which-happens-to-make-phone-calls seems somewhat out of touch
as it lectures about the length of our thumbs and touts the 4in iPhone 5
as “the biggest thing to happen to the iPhone since the iPhone”. In
fact even the brand which pushes the fading ‘phone’ aspect of the device
to the forefront may soon have a detrimental effect.

But of
course Apple is right. The iPhone 5 is the biggest thing to happen to
the iPhone since the first iPhone. The trouble is a much bigger thing
happened to everyone else…