The recent discovery of the elusive SNES PlayStation prototype has sent the gaming world into overdrive, with fans of both Sony and Nintendo loudly hypothesizing what could have been had the little-known hybrid system actually made it to market.

This is what makes the vast majority of prototype hardware so fascinating; those which didn’t make it to market represent a tantalising “what if” – a reality which almost excited.

Of course, the SNES PlayStation is merely one example in a vast ocean of rare and unreleased experiments – some of which led to actual consumer tech while others weren’t quite so lucky. Join us for a run-down of some of the tech world’s most enduring and iconic prototypes and enter a world of tantalizing gadget-based fantasy. 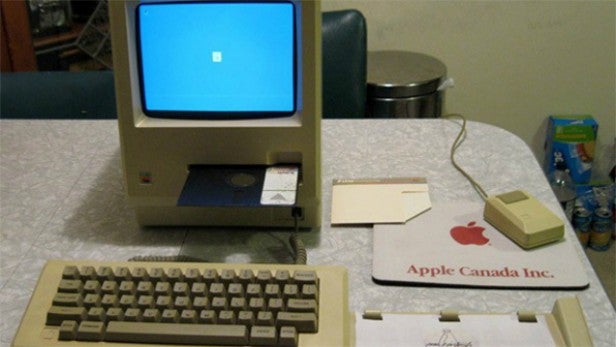 When Apple launched the first Macintosh computer back in 1984, it came equipped with a 3.5-inch floppy drive at a time when 5.25-inch was the norm. That wasn’t the original plan, as Apple came up with its own “Twiggy” disk drive – but it was buggy and prone to high failure rates during production, and was therefore replaced.

The switch to a Sony 3.5-inch drive was made at the very last minute, but at least one prototype was constructed with the Twiggy drive, and it went up on eBay in 2012 with a starting bid of $99.999.99.

Described by the seller as a true one-of-a-kind, this Macintosh – dating from around 1982-83 – is complete with all of its original parts. The auction ended without a bidder, but there’s no denying that this is a pretty significant piece of Apple history; not only is it the oldest Macintosh, it’s unique thanks to that infamous Twiggy drive being present.

Commodore 65
One of the most popular home micros of the 1980s, the Commodore 64 was intended as a business machine but became something of a bastion for gamers thanks to its wide range of software and excellent audio capabilities. 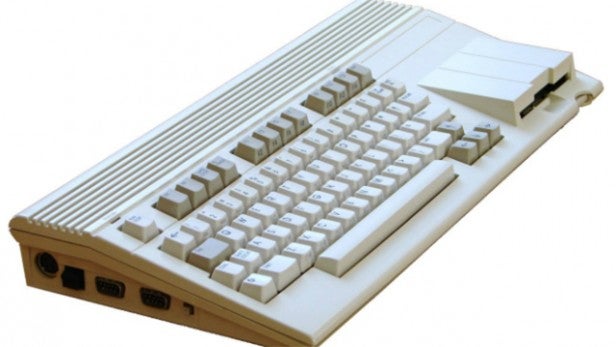 The Commodore 65 was intended to be the successor to this legendary machine and would be backwards compatible with the C64 yet offer technological advances which brought it in line with its stable mate, the more expensive 16-bit Commodore Amiga. Another reason for the machine’s inception was the rising threat of powerful Japanese home consoles, like the NES and Mega Drive, both of which were cheaper than the Amiga.

However, the C65 project was canned in the early ’90s when it became apparent that the system just wasn’t powerful enough to compete, and when Commodore was liquidated in 1994, the prototype C65 units were all sold off. In 2013, a non-working prototype was sold on eBay for $7,625.

Leica Telephoto Assembly Rifle
When you take a photo it’s sometimes referred to as “shooting”, and given this connection it’s amazing that we haven’t seen more cameras designed to look and act like rifles. This super-rare 1937 prototype was made by German camera maker Ernst Leitz – founder of Leica – and features a standard Leica camera housed in a rifle-like chassis. 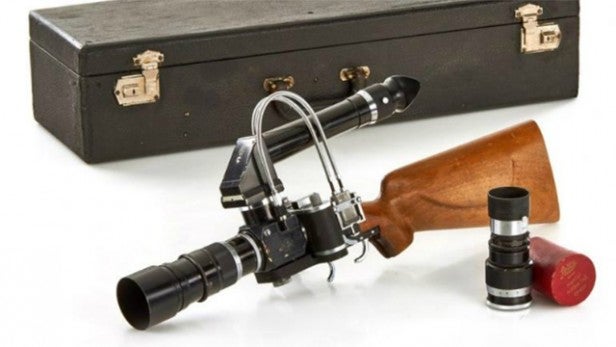 This allowed the snapper to steady the camera for the ultimate precision shot. In 2011, one of the Leica-Gewehr (as it’s known in its native Germany) prototypes sold for a cool $104,000, and last month another went up for auction with a starting bid of $170,000.

Sega VR
Back in the early ’90s, Virtual Reality was tipped to be the next big thing – very much as it is now – and leading lights such as Atari and Sega were keen to harness the tech in the domestic arena.

Atari’s VR headset – made in conjunction with UK firm Virtuality, who specialised in location-based VR pods – died when the Atari Jaguar’s market share evaporated, but Sega’s unit had a much better shot at making retail thanks to the company’s strong position in North America and Europe. 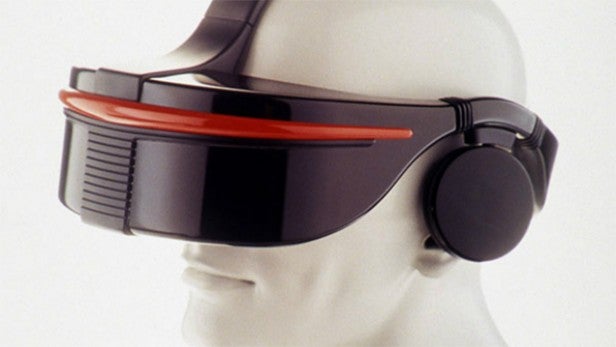 Designed to work with the 16-bit Mega Drive, Sega’s VR headset was demoed at the 1993 Winter Consumer Electronics Show along with software which made use of its immersive capabilities, and was expected to launch in 1994. Sadly the unit never made it into full production. According to source within Sega at the time, the prototype created motion sickness in those who used it for prolonged periods of time. It is thought that Sega would have also used the headset on its 32-bit Saturn console, but by the time it launched at the end of 1994, the public’s appetite for VR had all but vanished.

Motorola DynaTAC
Even those of us old enough to remember a time before mobiles became commonplace struggle to imagine what a world without the humble blower would be like, but back in the 1970s the notion of making a call away from a wired telephone was the stuff of a madman’s dreams.

However, it was during this decade that Motorola employee Martin Cooper created the world’s first mobile telephone. The prototype DynaTAC – which stands for “Dynamic Adaptive Total Area Coverage” – was completed in 1973, and Copper made the first mobile phone call in the same year.

However, it wouldn’t enter commercial production until 1984 – more than 10 years later – as the DynaTAC 8000X. It cost almost $4,000 at the time of launch and would eventually be surpassed by the MicroTAC and StarTAC, the latter of which was the world’s first clamshell phone. 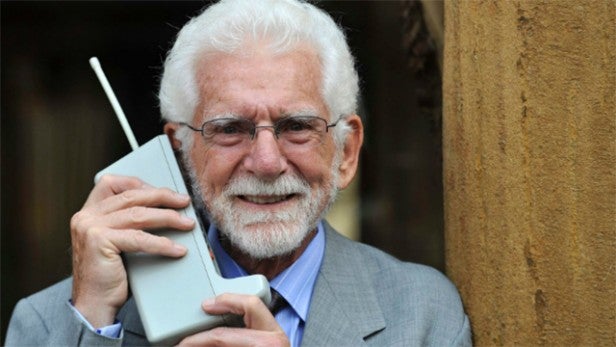 iPad
During Apple’s 2012 court battle with Samsung the company was forced to admit that it was working on an iPad-like device as early as 2002. The prototype – images of which were shown in court proceedings – looks incredibly similar to the unit which actually made it to market in 2010, boasting the same rounded edges and general profile. It’s a bit thicker and is made from the white plastic material so common in Apple’s laptops at the time, but it’s still unmistakably an iPad.

The project was apparently shelved because capacitive touchscreens were still very expensive at the start of the decade and it was thought that the product would be too high-end for the consumer sector.

Instead, Apple focused its efforts on the iPhone, but would return to the tablet concept shortly afterwards.

Do you remember any great rare tech prototypes? Let us know in the comments section below.