Using Sapphire displays is one of the most talked-about advancements we’re seeing in phones this year. But it’s not something you’ll notice unless you know about it – and that’s really the idea.

It’s a toughened kind of glass-like substance that sits on top of the screens of some of the latest, greatest mobile phones. The most recent to make a big deal of it was the Huawei Ascend P7, but it is also one of the most common rumours surrounding the iPhone 6.

Sapphire glass may not have the gimmick factor of a 3D camera or a screen with more pixels than there are hours in the average lifetime, but it is important. Why? A survey by warranty provider Squaretrade found that a smashed screen is the most common game-ending fault among mobile phones. It’s a billion dollar issue.

Why you need toughened glass

You may not know it, but if you have a phone that’s anything but entry-level, it’s likely to have a toughened glass screen. It’s why most phones don’t really need screen protectors these days. And it also stops the display from getting damaged should something (even a finger) poke the display a bit too hard.

The most famous kind of toughened glass in the phone world is Gorilla Glass. There are several generations of the stuff, and the latest is Gorilla Glass 3. It’s used in a vast array of phones, including very famous ones like the Samsung Galaxy S5.

Its maker Corning has done a great job of making Gorilla Glass a selling point of a phone. But Sapphire is sold as a sort of next-generation alternative. It’s causing quite a stir, especially as there’s currently no Gorilla Glass 4 alternative on the horizon. 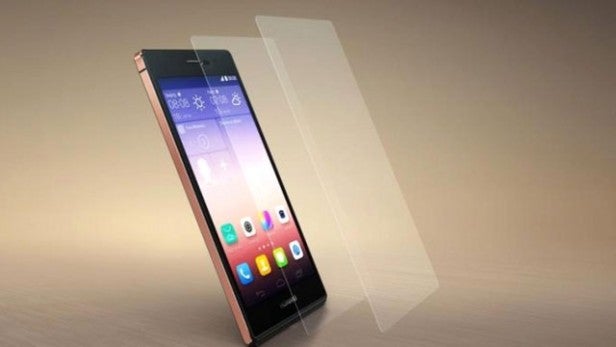 So, is Sapphire glass really better than Gorilla Glass? And if so, why?

There are a couple of different properties of toughened glass, and the two types excel in different areas. Sapphire offers far superior scratch-resistance while Gorilla Glass 3 has amazing tensile strength – its ability to withstand pressure without failing/shattering.

To simplify the comparison, Gorilla Glass 3 is stronger while Sapphire is harder. That probably makes Gorilla Glass 3 sound better, doesn’t it? Corning’s own video comparison is also a pretty convincing endorsement of the more popular glass.

However, it’s not quite that simple. For now, though, take a look at Corning’s comparison.

The glass screens of phones often shatter because they have weakened after being scratched, effectively creating a weak point in a display that won’t actually require that much force to turn – chain-reaction style – into a shattered screen.

Sapphire is out to stop these weak points from developing – to stop little scratches from happening in the first place.

It also means that a Sapphire phone will stay better-looking for a lot longer than a Gorilla Glass one. Those little scratches that show up in certain light should be much less apparent, less common, with Sapphire.

It’s not all good, though. Being so much harder than Gorilla Glass 3 also makes Sapphire a lot less flexible. Corning’s SVP Jeff Evenson event went as far as to call it “brittle”. Doesn’t sound good, does it?

Sure enough, a test performed by UBreakIFix found that without any extra protection, a sheet is Sapphire glass is much, much more likely to shatter on being dropped than a sheet of Gorilla Glass 3. This will mean the force of such impacts will have to be much more carefully managed by the phone – with shock protection in the screen bezel.

Sapphire is special, but also needs some special treatment.

In more practical terms, it means you need to be quite careful when buying a phone with Sapphire – if not carefully designed it could actually be a good deal more shatter-prone than normal. 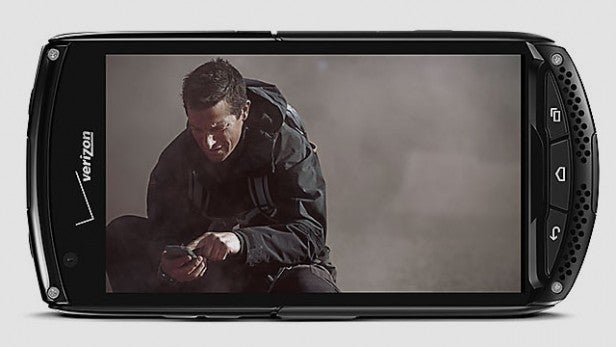 – The Kyocera Brigadier is a rugged 4.5-inch Android phone with a Sapphire display

Which phones already use Sapphire?

The first phone released to make a real big deal of Sapphire glass is the Huawei Ascend P7. There’s a limited edition version of the phone with a Sapphire front.

A Huawei event where the phone was shown off even went as far as to encourage people to attack the phone with a penknife. That’s how hard Sapphire is.

Sapphire has also been used without so much ceremony in the past too. In the iPhone 5 and iPhone 5S, the outer covering of the camera lens is made of Sapphire glass, and it covers the iPhone 5S’s TouchID sensor. The camera lens is a sensible place to use it, ensuring scratches won’t spoil the quality of your pics. And it’s successful, to the extent that tiny bits of dust getting into the iPhone’s frame and onto the camera sensor has actually become more of an issue than lens scratches.

Apple is currently working with GT Advanced Industries to bring Sapphire to future iPhones, and potentially iPads. It seems like a good fit, as Apple has the requisite attention to detail to make sure Sapphire is implemented properly.

Sapphire: How the magic is made

One of the reasons why we’ve not seen Sapphire implemented more widely to date is that it’s not very easy to produce. Arguments around whether the iPhone 6 would feature a Sapphire glass screen covering or not tend to centre around the issue of yield – that producing enough pieces of glass for something as popular as the iPhone 6 is too difficult, too expensive.

To produce Sapphire glass, extreme pressure and around 2,100 degrees Celsius heat are applied to aluminium oxide and an unrefined form of Sapphire called “crackle”, in a large furnace – at the bottom of which is a small puck of Sapphire glass around which the larger piece forms.

The cooling process then takes around two weeks, required to make sure the Sapphire forms properly. Sapphire is actually a transparent form of aluminium oxide, rather than silica dioxide – the main component of traditional glass.

You end up with a great big block of Sapphire that needs to be cut into wafer-thin slices if it’s to be used in things such as phones – Gorilla Glass 3 can be produced as thin as just 0.5mm.

The answer to producing super skinny panes of Sapphire relatively cheaply has been found: a hydrogen ion cannon used by GT Advanced Industries, the company currently partnered-up with Apple for production of Sapphire. This cannon fires hydrogen ions at the large block of Sapphire, embedding them 26 micrometers underneath the surface. 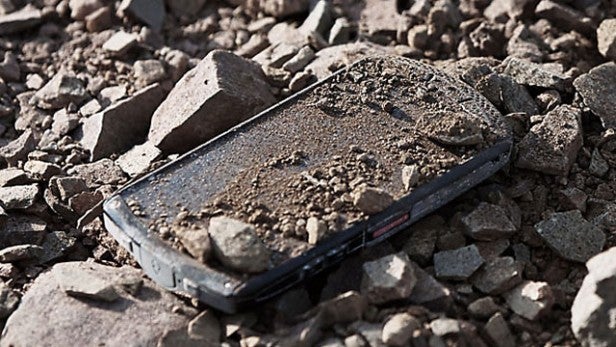 When heated, these hydrogen ions form hydrogen atoms, creating a gas pocket that lifts an ultra-thin sheet of Sapphire off the main block. Of course, these sheets are 26 micrometers thick – that’s 0.026mm: extremely thin.

We’re not sure exactly how thick a pane this production method is able to create. Of course, it reveals what we may well end up with – a layer of toughened glass ‘laminated’ with Sapphire to act as a scratch-proof coating.

Without this hydrogen ion machine, Sapphire ingots have to sawed multiple times and then ground down and polished to create the final panes. This process is much more time-consuming, wastes raw Sapphire, and therefore is much more costly.

It’s estimated that the ‘part’ cost of the older Sapphire method is upwards of $40 a mobile phone-size pane, but $6 for the newer procedure. Gorilla Glass 3 costs roughly $3 per unit to implement at present. However, unlike the prohibitively expensive older method, the hydrogen ion-aided laminate idea seems viable for higher-end phones. And it may also let phone manufacturers route impact damage away from the “brittle” layer of Sapphire.

While we’ve not stumbled onto the equation for the future of Sapphire, once phone makers have really gotten used to using it, we’ll be looking at mobiles that are almost impossible to scratch. If only we could say about the aluminium and plastic used on the backs of most phones.

Next, read all the latest on the iPhone 6