Opinion: When you’re number one, you don’t waste your energy mouthing off about number two because it’s rather unbecoming.

Instead you crow about your supremacy to anyone who will listen, while acting like the competition doesn’t exist.

Unless you’re Samsung, that is.

The Korean company’s unhealthy obsession with Apple continued this week with a series of ads that are, in theory, designed to promote the Galaxy Note 4. Except they’re not. In at least one of the TV spots, the Note 4 is not mentioned until the last few seconds. In reality, they are designed to troll Apple.

In the build up to the iPhone 6 Plus release this week, Samsung has gone to huge lengths to ensure everyone knows they’ve been “excelling at phablets for years,” while Apple is the Jonny-Ive-Come-Lately.

In another commercial aired in the United States, the firm rips into the hypocrisy of some in the technology media for calling the original Galaxy Note “an unwieldy beast,” in 2011, while heralding Apple’s “imitation” in 2014. That’s fair enough, but tastes and trends change. 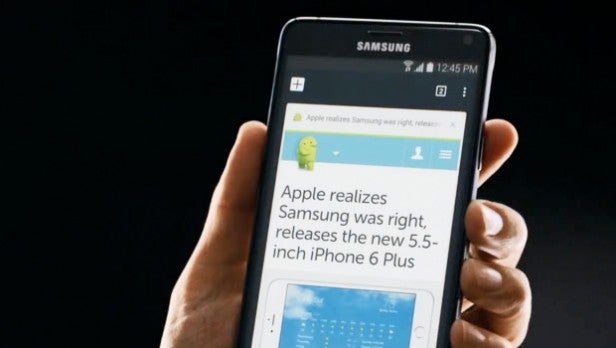 In both commercials, the firm is practically jumping up and down waving its arms, yelling “we did it first!” That’s pretty ironic for a company that launched into its current period of exorbitant wealth by copying the iPhone (Don’t take my word for that. Take the word of seasoned judges in courts around the world) and leeching off Google’s operating system (Remember those hideous pre-Android Tocco phones?).

Right now Samsung reminds me of the fabled little brother who clawed and fought to surpass the achievements of the older favourite son, yet can’t let go of that inferiority complex.

In case Samsung didn’t realise, it’s their world now. According to IDC it has more than double the global smartphone market share of Apple (24.9% to 11.7% after Q2 2014).

The Galaxy Note series is widely accepted as the standard bearer for the phablet sector Samsung pioneered. Consumers agree too, the devices sell in huge numbers and have become almost as anticipated as the flagship Galaxy S series. 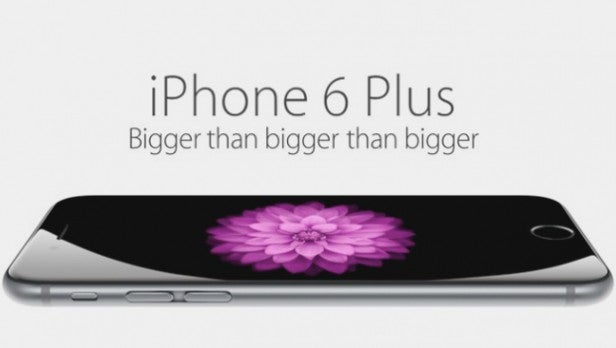 So why is the Korean firm wasting its energy on Apple’s efforts to, in Samsung’s words, “imitate” the Galaxy Note series with the iPhone 6 Plus?

Well, deep down, I’ve got to believe it’s because the company is still intimidated by Apple.

It is worried that Apple, with its slick marketing, fancy design language, awesome industrial build and better-than-ever software, is going to arrive late to the party and steal the Note 4’s thunder, like the archetypal college quarterback showing up at midnight in his Ford Mustang to whisk away the girl you’ve been chatting to all night.

In a way I get it. It must be so satisfying to see Apple follow its lead into bigger screens after years of shouting “the Next Big Thing is already here” into the face of Apple fans it believed were missing out by lining up for the iPhone every year.

Samsung has spotted an opportunity to score points from its lofty position, a position it has a right to defend. However, correct me if I’m wrong, but do any of you recall Apple mocking Samsung or accusing it of imitation in its advertising campaigns during its time as the mobile overlord? No, it left that stuff to the lawyers, who did a pretty good job of proving it and securing billions of dollars in compensation.

Samsung’s entire advertising strategy seems to revolve around disparaging Apple, which was funny and cute when Samsung was a plucky up-and-comer, but now it leads the way, Samsung should be above all that. 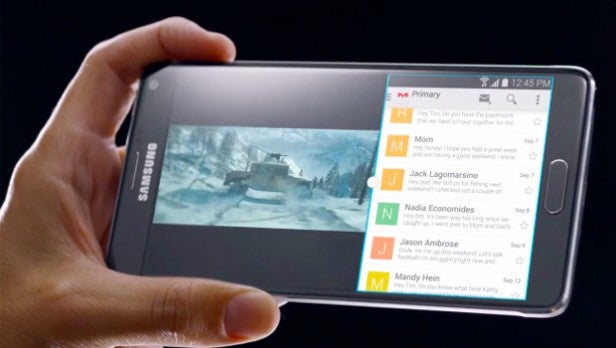 I’m not even backing the iPhone 6 Plus’ merits over the Galaxy Note 4, both are too unwieldy for me, especially as someone who is a little disappointed to be giving up his 4-inch handset. Plus, I wear Levis 511 jeans and neither of them will fit in those skinny pockets.

Hand on heart, I think it’s great that Samsung’s bet on the future of display trends is paying dividends and that, because of its trailblazing foresight, smartphone owners finally have a choice of a brilliant phablet on both of the major operating systems.

Samsung is setting the agenda now. It is the king of the mobile world. Maybe someone should tell Samsung that. Perhaps then it’ll start acting like royalty, rather than a jealous, insecure usurper who can’t shake the legacy of the old monarch.

Next, read a photographer’s perspective on the iPhone 6 camera