Samsung Galaxy S6 Edge or S6 Edge+? We take a look at how the specs match up

Yes, you read that right. Just as many of the leaks suggested, Samsung has super-sized the S6 Edge and officially unveiled the S6 Edge+.

Unlike the Note 5, which isn’t going on sale in the UK, the S6 Edge+ will be the phablet you can get your hands on when it lands.

Essentially, it sounds like it’s just a bigger S6 Edge. But there are slight differences that set these two Samsung phones apart.

Let’s a take a look.

The screen is the same QHD Super AMOLED panel, offering up vibrant, punchy colours, deep black levels and excellent contrast ratios. Having that bigger screen also unlocks some of the features that only really work well on a phablet. That includes more room for better S-Pen support and getting more from the multi-tasking, multi-window mode that’s also available on the S6 Edge.

The amount of RAM plays a part in how intensively you can use your phone on a daily basis. That could be running multiple apps concurrently or switching between multiple tabs in your web browser. With the help of a powerful processor, a decent amount of RAM can ensure your device runs smoothly.

With the S6 Edge, you get a decent 3GB of RAM; the S6 Edge+ boosts this to 4GB. Both utilise Samsung’s more efficient, 64-bit octa-core Exynos 7420 processors, which use an improved 14nm manufacturing process. 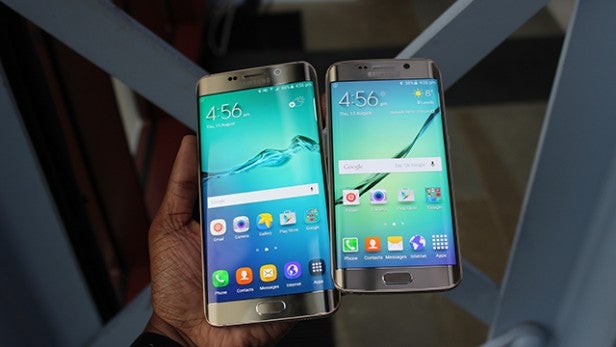 While the S6 Edge Plus clearly has more RAM to play with and is more equipped for multitasking, both should offer a slick performance.

Both phones have glass rears, so that means you can wave bye-bye to the removable battery and micro SD card support. You do, however, benefit from wireless charging, which will be great news for some – not so much for others.

Samsung covers the two most common wireless-charging standards, so you should be able to use it with all first-party chargers and the majority of third-party ones. It will also work with IKEA’s new wireless-charging furniture.

Related: What can the curved screen on the S6 Edge actually do? 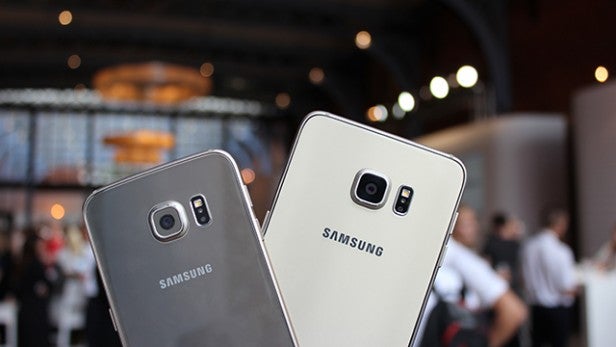 While they share the same charging method, Samsung claims the S6 Edge+ – and the Note 5 – can power up faster in comparison to the S6 and S6 Edge. Apparently the S6 Edge+ charges 27 per cent faster and will be around one hour quicker in general.

There are only 32GB and 64GB options available for the S6 Edge+, which makes the
decision to drop the micro SD card support featured in the Note 4 all
the more disappointing.

The dual curved-edge screen is a feature that has the TR team divided, particularly on whether it adds to the overall look and feel of the S6 and the new Note 5. Clearly, there are a number of fans out there who want it. For fans, the good news is that the curved screen will become more useful on the S6 Edge+.

SEE ALSO: Note 5 vs iPhone 6 Plus: Which should you pick 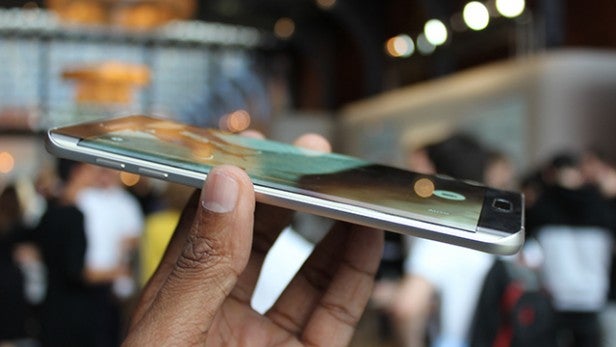 With the S6 Edge you can assign contacts to either of the curved edges, quickly view notifications, see streams of information from a selection of apps, and use it as a bedside clock. With the S6 Edge+, you’ll get many of those same features and more.

The People and App modes have been improved, so you can now swipe the edge to access favourite apps and contacts. If you’re into emojis, you can send those along with messages to other users – only if they too have an S6 Edge+, however.

The Samsung Galaxy Alpha was the first to add a more elegant aluminium trim around the sides of Samsung’s pricier handsets, and this has been carried through to the S6 Edge and the S6 Edge+.

Although the trim adds roughly the same 7mm thickness to the handsets, they are different. The one on the S6 Edge+ features an aluminium alloy that’s 70 per cent tougher and 30% more scratch-resistant than the trim on the S6 Edge.

Hopefully that should give the big curved phablet the upper hand when it comes to robustness. Plus, it just looks so much nicer than the plastic trims we’ve had to contend with in the past.

The Samsung Galaxy S6 Edge+ will be available in the UK starting September 4, there’s no current release plans for the Note 5.