The Samsung Galaxy S6 has one of the best smartphone cameras of all time. You get great images, with none of the performance cost of something like the Nokia Lumia 1020.

It’s an amazing tool, whether you’re a camera novice or an outright snob. However, you still need to take a few techniques and tips into account to get the most out of the Galaxy S6 camera, easy-to-use as it may be.

We’ve been out on the streets shooting with the Galaxy S6 camera for the past week. Here’s what we’ve learnt about Samsung’s latest little camera star. 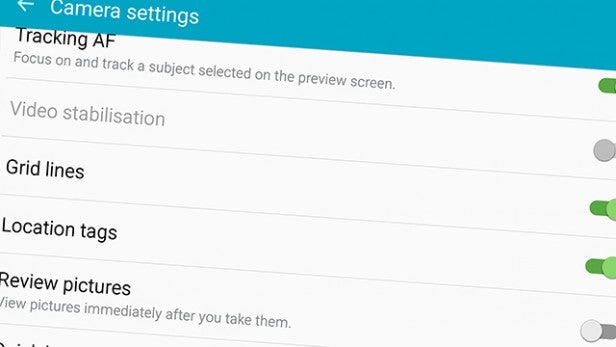 The best way to get rid of the wonkiness in your photos is to turn on gridlines. What this does is to simply draw four lines on the preview screen to divide it into nine rectangles.

It may not look great if you’re not used to a traditional camera view, but makes it much easier to compose your photos in-line with the Rule of Thirds. This is one of the first lessons of composition. It’s all about not just plonking your subject in the middle of the frame, because it’s boring and rarely ends up with the best-looking photos.

By getting a primary subject around a third into the frame, with a secondary point of interest two-thirds in, you’ll end up with much more interesting-looking photos. Of course, this won’t always work for portraits, but gridlines are also dead useful for making sure your shots are simply straight. Just line up one of the lines with the horizon: not necessarily on it, just parallel to it.

HDR Auto mode is great, use it 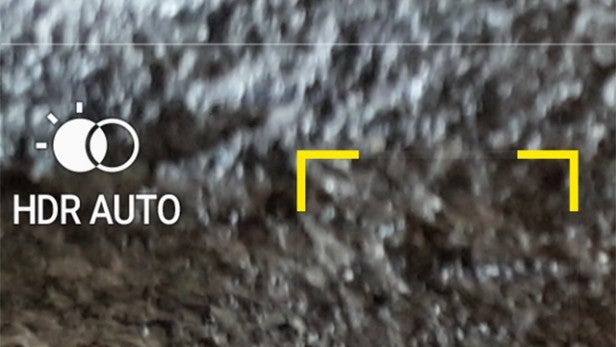 The HDR Auto mode is one of the more recent additions to the Samsung camera app. In the Samsung Galaxy S6, what it does is to offer some dynamic range optimisation without going the whole way unless needed, which can result in some larger-than-life, slightly artificial-looking shots.

In our time with the Galaxy S6, we’ve used either Auto HDR mode or full-blown HDR more often than standard shooting. Granted, at times full-blown HDR can go over the top, but limited dynamic range is one of the key issues with smartphone cameras.

Replacing it artificially may seem like cheating, but then does it matter when we’re dealing with the limitations of phone cameras? We don’t think so.

You’ll find the HDR switcher button to the left hand-side of the Galaxy S6 camera app screen. One of the great things about the app is that you get to see a fairly accurate preview of the effect of the HDR modes in the preview window. We find that it’s often closer to what our eyes see. They’re a bit better than phone camera sensors.

Use the Pro mode for macro shots 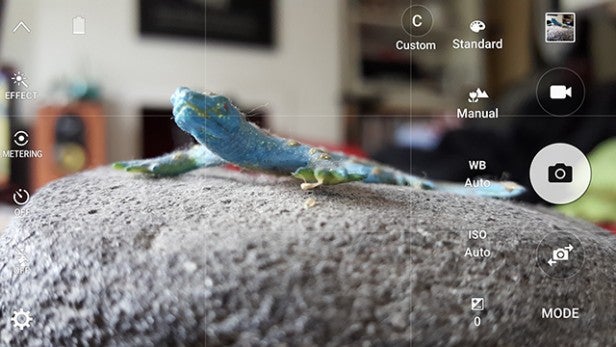 One other neat extra modes of the Galaxy S6 is Pro mode. What this does is to give you thumb-friendly control of the manual settings that might otherwise be hidden in a menu system.

Exposure, white balance and ISO are all there. But the most interesting one is manual focus.

It gives you a vertical slider that works through the AF range, right from macro-style distances to landscape distance focusing. This comes in very handy when shooting very close-up subjects, especially if you’re shooting a small object.

Just about every focusing system will struggle in this instance, because it won’t always know whether you want it to focus on the close-up foreground or the background. In fairness to Samsung, the Galaxy S6 is more-than solid in this regard, but manual control snips out any focus seeking.

Sadly there’s no focus peaking, which is where in-focus parts of an image are highlighted for clarity. However, the Samsung Galaxy S6 has a better screen than any dedicated camera in the whole world, so we won’t complain too much.

When in lower-light environments, always take 2-3 shots, not one 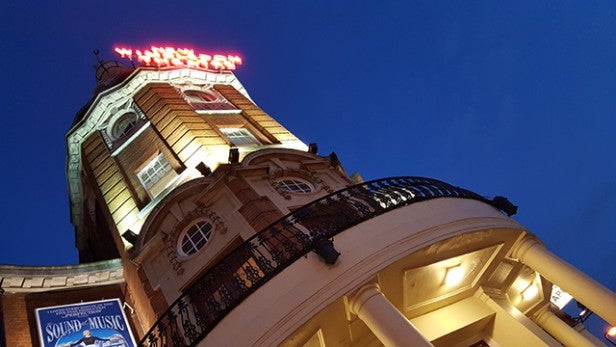 The
Samsung Galaxy S6 has optical image stabilisation. This is used to
stabilise the lens so that you don’t get so much image blur when
shooting without the optimum amount of light to work with.

Our top tip is to take multiple shots
whenever you’re dealing with slightly lower-light conditions. 2-3
instead of one is a good policy. This gets you more of a chance to
capture a perfectly sharp image, especially as you’re more likely to be
that bit more still on your second or third attempt.

Also, avoid using the flash unless you have to. The Samsung Galaxy S6 is good at low-light shooting and a full-on, non-diffused flash is never flattering.

Make the most of that lens aperture for arty results 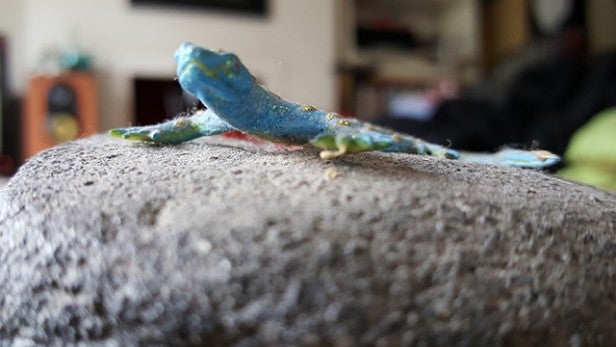 Compared to the Galaxy Note 4, the main camera hardware upgrade in the Galaxy S6 is an improved lens. Where the Note 4 has lens aperture of f/2.2, the Galaxy S6 has a super-fast f/1.9 lens.

The primary function of such a fast lens is to increase natural light sensitivity for lower-light shots. A wider aperture (the lower the f-stop rating, the wider the aperture) means a lens lets in more light relative to the exposure time. More light equals better photos when shooting at night.

However, there’s a secondary benefit. The wide lens aperture also gives the Galaxy S6 a shallower depth of field than most phones. That may sound like a negative thing, but it’s actually a superb bonus.

Shallow depth of field is what gives high-end camera lenses a blurry background effect that provides that real artsy look. In this respect the Samsung Galaxy S6 is one of the best we’ve seen in quite a while. For a phone, it has a very nice lens.

Use full HDR mode for sunsets 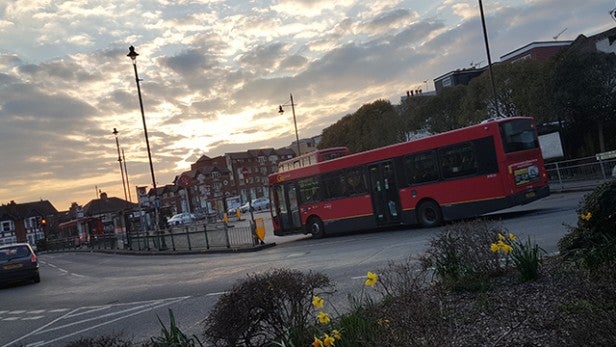 When shooting a sunset, especially a cloudy one, make sure you turn on full HDR mode. It’s perhaps the shooting situation that benefits from high dynamic range processing more than anything else. Why? Well, it’s the perfect example of a scene that has big variances of light level.

With standard shooting, exposing for either the sky or foreground will ruin the look of the other part of the scene. Of course, sometimes that is what you’ll want.

Shooting without HDR will let you get a silhouette effect where the foreground looks almost totally black (if the sunset is bright enough that is). However, with HDR you can get some quite magical, larger-than-life looking shots out of the Galaxy S6. 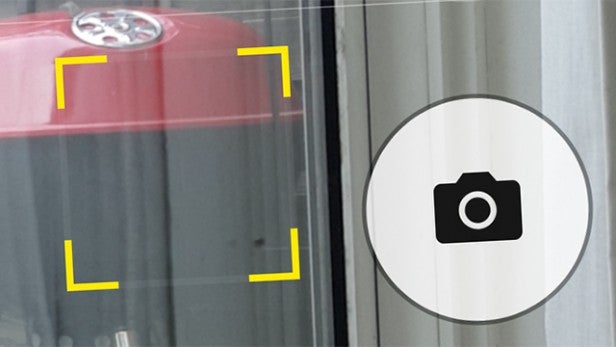 Until phone camera tech gets an awful lot better, phones aren’t going to be anywhere near as good as a DSLR for action photography. However, Samsung’s having a crack at levelling this up with the Galaxy S6.

It has a focus tracking mode. What this does it to hole focus on that object even if it, or you, moves.

The best bit is that it doesn’t just work with faces. It works with anything. It does so by analysing the object’s visual characteristics and, well, just hooking onto them. The actual focusing performance is still limited by the Galaxy S6’s contrast detection autofocus system, but it’s a neat extra to use if, for example, snapping a pooch in the park.

How to deal with focus issues in lower light 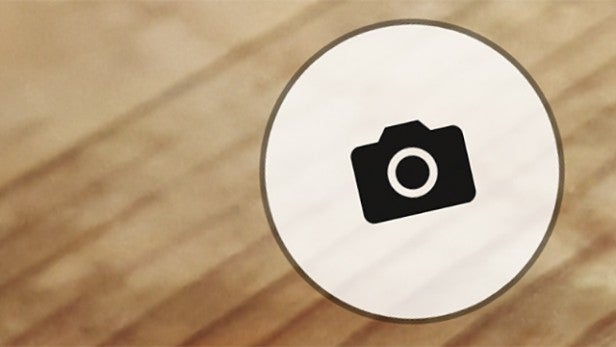 One of the few issues we encountered with the Samsung Galaxy S6 is that it can struggle with focus when working with indoors lighting. It’s where there’s the biggest disparity between what your eyes can see/focus on and what the Galaxy S6 can focus on.

You can always switch on Pro mode and use manual focusing. However, there is another tip to consider.

Issues usually arise when you’re shooting an object with limited contrast, which is only compounded when there’s not much light to work with. One way around this is to focus on something else that’s in the same focal plane, something that’s roughly the same distance away relative to the lens’s curvature, but has greater contrast.

A contrast detection system works simply by looking at what the lens sees and working out where the focus is sharpest, causing the most pronounced contrast between the rendering of an object’s details. Work within its limitaitons and you’ll get better results. 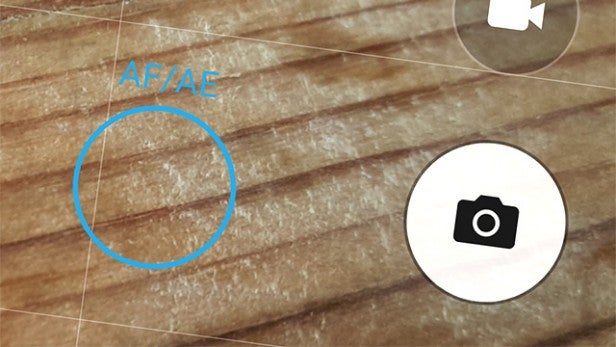 One lesser-known camera feature of the Samsung Galaxy S6 is that you can lock focus and exposure by holding down any point on the camera app preview window until a blue circle appears.

What this does is to tailor the shot for that exact point: its brightness and its position in the focal plane. Then, even if you move the phone, it’ll stick with those settings. It’ll come in particularly handy in situations where the phone might otherwise frantically struggle between settings because it can’t work out what it needs.

One of the best examples of this is when shooting fireworks, where you’re rapidly cycling between brightness levels.