The Sony Xperia Z3 is a top-end Android phone for late 2014 and 2015, set to sell by the million. It takes over from the Xperia Z2, and offers a tweaked design, new specs and some camera alterations.

But is it enough to make the Sony Xperia Z3 significantly better than the Samsung Galaxy S5, the best-selling top-end Android phone?

We’re going to take a closer look at both phones to see which offers the benefits you should really care about.

For phones that initially sound like they’re very similar, the Samsung Galaxy S5 and Sony Xperia Z3 are very different in terms of their approach to design. Yes, they’re both Android phones with 5-inch-odd screens, but first impressions are very different.

The Samsung Galaxy S5 is a mostly plastic phone, where the Sony Xperia Z3 uses an awful lot of glass and metal. As a result, their in-hand feel is quite different.

The Galaxy S5 is slightly cheaper-feeling, but very light. It’s also a bit unusual, with a dimpled soft touch rear – something you don’t see in other phones.

Sony’s Xperia Z3 is dressed to impress in a much more conspicuous way. Where only the front of the Galaxy S5 is Gorilla Glass 3, the back and front of the Xperia Z3 are made of the stuff, while the sides are aluminium. Plastic is kept to a minimum.

We find the Galaxy S5 a tiny bit easier to handle, but if you want a phone that really feels as expensive as it is, the Xperia Z3 is probably the way to go.

The style of the constructions is different too. Where the back of the Galaxy S5 pops off easily, the Xperia Z3 uses a unibody design – meaning the back does not come off and you don’t have access to the battery.

Both phones come in a few different colours as well as black and white. The Galaxy S5 is widely available in blue and gold in the UK, and the Xperia Z3 comes in copper and silver-green. 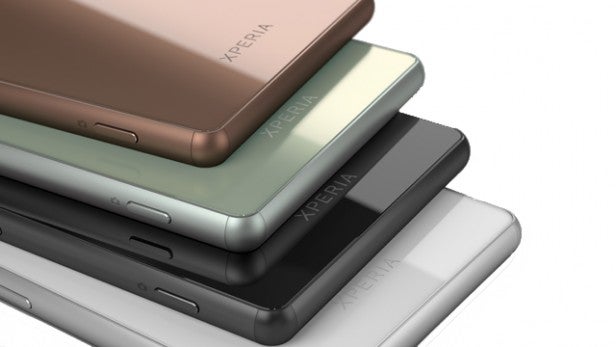 Both of these phones offer water resistance. In the Sony Xperia Z3, rubber-sealed flaps are used to keep water and dust out. In the Galaxy S5, there’s a flap for the bottom USB 3.0 port and there’s a rubber border on the inside part of the battery cover, in order to keep the insides moisture-free.

The way you judge the exact level a device’s water resistance is by its level of IP certification. The Galaxy S5 offers IP67, the Xperia Z3 IP65 and IP68.

To explain, the first ‘6’ in these ratings means the phones are completely dust tight. The stuff cannot get in.

The second number is the one we’re really interested in. It’s what tells us how water resistant these phones are.

Of the two, the Xperia Z3 wins. IPx5 means a phone can withstand water jets, the IPx8 that it can be submerged indefinitely in water in depths beyond 1m.

The Samsung Galaxy S5 is slightly less ambitious. It is only rated to IPx7, meaning it has been tested to withstand submersion in water up to 1m deep for 30 minutes. Of course, for most people there’ll be very little practical difference in the water resistance skills of these phones. Like to snorkel with your mobile? Pay attention.

The battle between the Xperia Z3 and Galaxy S5 screens is all about the different technologies used. Because in terms of spec, they’re very similar.

So how to we pick between them? The Galaxy S5 uses a Super AMOLED screen, the Sony Xperia Z3 an LCD one. However, Sony has packed its LCD with extra bits of Sony tech – you’ll see the names X-reality and Triluminous on its spec list.

These are technologies used in Sony’s TVs that have now made they way to mobile. The most important bit is that the screen’s backlight uses blue LEDs rather than white ones. With the help of colour filters, this lets the Xperia Z3 provide punchier colours than most other LCD screens.

Sony has been careful to bring good colour accuracy to the table too.

So has Samsung, though. Its earlier Super AMOLED phones were oversaturated, but the Galaxy S5 has screen modes that provide very accurate tones. It’s a top performer.

And despite the Xperia Z3’s excellent performance for an LCD, it can’t match the black level and contrast on offer in the Samsung Galaxy S5. OLEDs use self-emitting pixels, meaning that areas that are meant to be totally black are totally black.

The Galaxy S5 also offers very good outdoors visibility. Its Super AMOLED screen uses a very skinny screen architecture, with low reflectivity for a glossy screen and high brightness. We’ve not yet used the Xperia Z3 outdoors yet, but it may struggle to keep up.

The Sony Xperia Z3 and Samsung Galaxy S5 have the same CPU, even though the Xperia Z3 was announced a good half-year after the Samsung phone. They both use the Snapdragon 801 chipset, the 2.5GHz variant.

It’s a very powerful CPU, but it’ll soon seem a little bit out of date. We’re on the eve of the rise of the 64-bit mobile phone CPU, and the Snapdragon 801 is a 32-bit processor.

It may not mean a great deal right now for the average person, but does mean neither phone is completely future-proof. We have no beef with the Samsung Galaxy S5 here – when it arrived 64-bit Android CPUs seemed quite a way off. However, the Sony Xperia Z3 is new and we’re starting to see 64-bit phones pop up here and there. It’s not going to seem top of its game for all that long.

The Sony Xperia Z3 does have an advantage, though. It has 3GB of RAM where the Samsung Galaxy S5 has just 2GB.

We’re yet to use the Sony Xperia Z3 for an extended period, but its general performance may well be better than the Galaxy S5, whose UI still causes the occasional little glitch or trip-up. 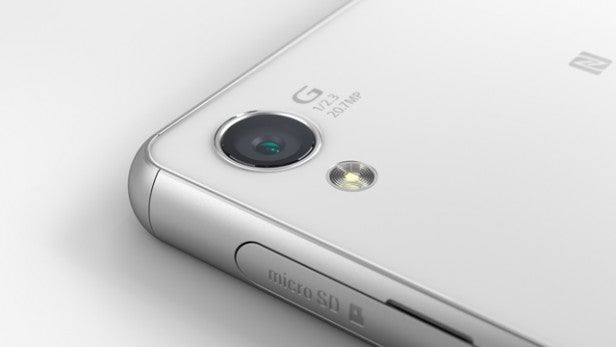 The Sony Xperia Z3 and Samsung Galaxy S5 have a pretty similar approach to storage. They don’t pack an inordinate amount in for top-end phones – the Z3 has 16GB, and the vast majority of Galaxy S5s in the UK use 16GB. Higher storage versions exist, but it’s not always easy to get hold of them.

However, both phone use a microSD memory card slot to let you add to the memory. Until we see 128GB phones become common, it’s the only way to get a phone that can store a chunky music library – you can now get microSD cards up to 128GB

Both phones run a version of Android 4.4 KitKat, with a custom UI made by the phone’s creators. Sony’s is the more easy-going of the two, even if it does still pack in loads of apps that try to hook you into Sony’s digital services like Music Unlimited.

We’re yet to spend a great deal of time with the Xperia Z3, but we wouldn’t be surprised if it feels a bit snappier and cleaner than the Galaxy S5.

While Samsung tried to clean up its act with the Galaxy S5 by simplifying the interface and how much it tries to change Android, there are still clumsy-feeling elements than just aren’t an issue in the Sony UI.

These are two phones at the top of the phone camera game. Only the Nokia Lumia 1020 really keeps ahead by using a gigantic 41-megapixel sensor. The Xperia Z3 and Galaxy S5 have 20.7 megapixels and 16 megapixels a piece respectively.

But which is better? The two have their benefits.

For example, the Sony Xperia Z3 camera sensor is a bit bigger at 1/2.3 of an inch to the Galaxy S5’s 1/2.5-inch. However, Samsung makes up for this by using a new sensor type developed by Samsung – called ISOCELL.

This involves increasing full well capacity of the sensor, meaning you get more performance out of it per square millimetre. It arguably negates the benefit of the size difference.

We also prefer the Samsung Galaxy S5’s lens style. It has a much less wide angle lens, with a focal length equivalent to 31mm, where the Xperia Z3 has a rather wide 25mm lens. While it’ll no doubt be sold as a benefit, we think the more zoomed in style of the S5 is actually better for all-round mobile photography.

Where the Xperia Z3 really excels, though, is performance when the lights go down low. The Xperia Z3 is the first phone to offer 12800 ISO, an extremely high-sensitivity mode that lets the phone make the most of very low levels of light.

Even the former model, the Xperia Z2, was a star at really ramping-up sensitivity and brightness to bolster extreme low-light performance. The Galaxy S5 uses a mode that takes multiple exposures to improve low-light photos rather than using hyper-sensitivity. As a result, it’s quite slow in low light. The Xperia Z3 will stay pretty fast.

The results with the Samsung can be good, but we’d rather shoot with the Xperia Z3 at night-time.

The Sony Xperia Z3 has a slightly larger battery than the Samsung Galaxy S5 – with 3100mAh capacity to the Samsung’s 2800mAh. We’re yet to give the Xperia Z3 a full battery test, but Sony is talking big about its latest phones powers.

For example, the Xperia Z3 has a slightly smaller battery than the former Xperia Z2, but Sony says you’ll get an extra half day’s use out of a charge. It says you’ll get two days’ use without any drastic battery-saving measures.

We found that you can get two days out of the Galaxy S5’s battery, but you do need to be quite careful with your mobile data use. We’ll be looking further into this part of the competition soon.

While the Sony Xperia Z3 is actually a release or half-generation on from the Samsung Galaxy S5, it doesn’t really offer any dramatic benefits. The designs are really quite different, both have water resistance, and each offers benefits in both the areas of camera and screen.

If you’re thinking that the Xperia Z3 should blow the Galaxy S5 out of the water because it’s newer, it doesn’t. However, many will appreciate the clean and clear style to the Sony interface, which works that bit better than Samsung’s TouchWiz interface.