What’s wrong with the Galaxy S5?

The Samsung Galaxy S5 is almost certain to be one of the best, most popular phones of the year. However, every device has little gremlins, or missing features that you wish were included.

Here are the things we think are the Galaxy S5’s most serious issues. We’ll also update this article with any known faults that crop up upon full release, so check back to see if there are any reported problems post-launch.

Its waterproofing does not extend to the sea

The Samsung Galaxy S5 is the first S-series flagship to have a water resistant body – like other phones of this class, it uses rubber-sealed ports to keep moisture out.

However, the phone is not certified to withstand being dunked in salt water. It’s likely down to salt water accelerating the deterioration of the rubber seals that make the phone water resistant in the first place.

That rules out being able to take photos in the sea with the phone if you want to stay within Samsung’s guidelines.

How to fix it – Your Samsung Galaxy S5 probably won’t die if you take it in the sea. It’s not as if sea water particles are smaller, and able to break through the phone’s seals. However, do be careful and try wash the phone in clean, fresh water immediately after use. And don’t take it in the sea unless you have to. The pics will probably look rubbish anyway, unless you’re on Hawaii.

TouchWiz may make it the slowest 2014 flagship

Another year, another set of mobile phone CPUs arrives and the Galaxy S5 will be by far the most powerful S-series phone yet.

However, if its TouchWiz software hasn’t made some pretty serious changes, it may well be the slowest of the 2014 flagships – the others being the HTC One M8 and Xperia Z2. The bloat and lack of optimisation of Samsung’s custom Android interface often slows its phones down. A vanilla Android version of the Galaxy S5 would almost undoubtedly be a lot snappier.

It becomes a problem if the Xperia Z2 and HTC One M8 end up being noticeably faster than the Galaxy S5 – such a thing is possible.

How to fix it – With a bit of tech know-how you can root your phone and install a vanilla version of the Android OS on the Galaxy S5 – or at least you will be able to once the right ROM is released online. Alternatively, you can download custom launcher apps, which just bung a different interface layer on top of Android. There’s no rooting involved with this solution, and they can improve the response times of a phone considerably.

Its camera may cause production issues

The Samsung Galaxy S5 has a brand new camera that’s interesting in a great many respects. However, it is reportedly causing some production issues ahead of the phone’s launch.

Apparently there are issues fitting the new 6-element lens system in next to the 16-megapixel sensor module without causing damage – there’s more hardware to squeeze in and no more space to play with. Samsung has said that these rumours are groundless, but it seems perfectly possible that a new-design camera could cause these sorts of practical issues.

How to fix it – No fix is needed here. We just have to hope that the rumours are, as Samsung says, basically fabricated.

Android fans are ravenous for updates in our experience. However, the heavily involved TouchWiz interface is likely to delay the release of updates, just as it has in previous Samsung phones.

So why mention it now? It seems like more manufacturers are starting to take measures to try and speed-up the update process. Motorola phones like the Moto X are almost stock Android to start with, while HTC Sense 6 takes a modular approach to things like the gallery and camera app that means the company needs to make fewer tweaks in order to get a new version of Android working.

To our knowledge, the latest version of TouchWiz doesn’t make any similar moves. 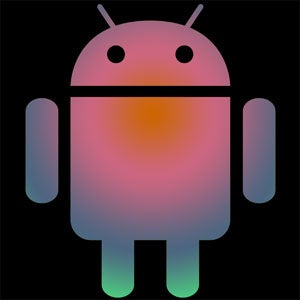 How to fix it – The techier among you can root your phone in order to be able to install ‘homebrew’ versions of the latest version of Android, but these are often a bit less stable than the official releases.

To get the quickest updates, you can wait for a Google Play edition – which runs vanilla Android (although these aren’t generally sold in the UK). Also, buy an unlocked, unbranded version, rather than one from a network, if you can. The latter doesn’t stop the update issue, but avoids having to wait a second time as the software goes through carrier approvals.

Aside from its intriguing camera technology, the Galaxy S5 doesn’t really offer many tech advances over the top phones of late 2013, such as the LG G2. It has a 1080p screen and a Snapdragon 801 processor that isn’t really light years ahead of the Snapdragon 800 common among the last wave of phones.

The issue here is that we’re going to see some more serious spec advances within the next nine months. 2K-resolution screens will be doing the rounds before too long and the Snapdragon 805 chip will be seen in phones soon. It offers a greater power upgrade than the Snapdragon 801.

How to fix it – Our advice is not to worry about this one. The Samsung Galaxy S5 doesn’t need more pixels or more power. The only concern is one with a different angle – that when 2K-resolution screens arrive, 1080p ones will sink down to the mid-range level. And the Galaxy S5 certainly doesn’t sell at a mid-range price at present.

This one is a personal point, something that many of you may not be bothered by at all. However, having used its key 2014 rivals, the Samsung Galaxy S5 does feel a bit cheap. The HTC One M8 is metal, and the glass rear of the Xperia Z2 too feels much snazzier than the S5’s plastic back.

The look is also something that may count against the S5. A strange-looking dotted back doesn’t quite fit with a phone that costs as much as this one.

How to fix it – Put a phone in a case and it’s the finish of the case that determines the feel of phone, not the mobile itself. Simple.

Next, read our list of five reasons not to buy the Galaxy S5