Galaxy S4 owners, do you step up to an S5 or an S6? We look at the key features that should help you decide whether to go for the cheaper upgrade or skip a Galaxy phone iteration.

There’s a good chance many of you who signed two-year contracts are still packing that plastic Galaxy S4 in your pocket. So you’re probably considering making the upgrade to Samsung’s latest flagship.

The Galaxy S6 and the S6 Edge are fantastic phones, but if you grab them SIM-free right now they don’t come cheap. If you have no interest in the HTC One M9 and the iPhone 6 and want to stick with Samsung then there’s always the option to go for the Samsung Galaxy S5 instead.

But what do you miss out on if you don’t make the jump to the S6 or S6 Edge? These are the areas that should influence which of the Galaxy flagship smartphones is for you.

Screen – Is 2K really worth it?

If there’s one thing you don’t have to worry about when you’re choosing between the S5 and the S6, it’s the jump up in screen size. Going from a 5-inch to a slightly larger 5.1-inch is something you’re barely going to notice in day-to-day use. The S6 Edge, however, is a slightly different proposition, as it swaps the new aluminium trim for curved screen edges. It’s a feature that divides the TR team. Some will love it, others will hate it. We suggest trying it in the shop before taking it home with you.

So the big difference here is the screen resolution. The S5 is Full HD 1080p, while the S6 has a class-leading 2K QHD screen. Now if you’ve read our S6 and S6 Edge reviews, you’ll know how we feel about the screen. It’s fantastic. It’s super-sharp and has all the benefits of an AMOLED display, including those deep black levels for watching films.

But rewind 18 months and weren’t we saying the same about those Full HD 1080p displays that graced the top-end smartphones in 2014? They’re also bright, vibrant and so packed with pixels that we had to pull out the magnifying glass to spot one.

We loved the 1080p Super AMOLED panel on the S5 and the S4 before it, even if it did have a tendency to look a little oversaturated, and in many ways we still do. The screen still looks great, but put it side by side with the S6 and you can definitely notice the difference. Take the S6 away, though, and we’d still have no qualms about using the 1080p display on a daily basis.

So we wouldn’t upgrade if the sole reason was the improved display. It’s great, but 1080p screens are still good enough for most of us. 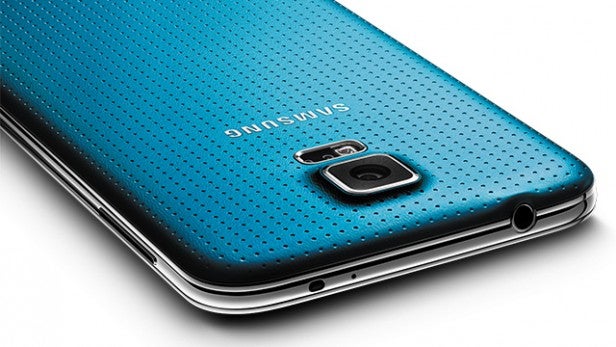 Camera – Does the camera on the S5 still hold up?

If there’s one area where we would upgrade solely for the improvements on the S6, it would be the camera.

The S6’s 16-megapixel sensor actually packs the same pixel count as its predecessor, but it’s not all the about the number; the S6 improves in other important areas. For one, it’s much faster. Faster to open the app – we especially love the home button double-tap to jump straight into shooting mode – and faster to focus and faster to snap a shot.

There’s also optical image stabilisation, so your after-dark snaps look much better than before. Actually, low-light shots are dramatically better on the S6, which is always a good thing.

Samsung is known for adding a lot of post-processing to photos – we often complained that images captured from the S5 looked like they’d been vigorously run through an editing app’s ‘Sharpening’ tool. While there’s still some of this present in the S6, you have much more control with additional manual controls.

If you take a lot of photos, especially in varied environments, you’re going to see a lot of benefits with the S6 over the S5. Still got the S4? That 13MP was great for its time, but it’s easily outclassed by both of its older brothers. 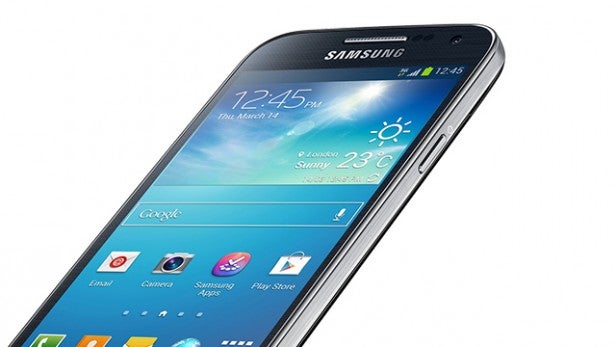 Design – Samsung finally plays the design game, but that leads to compromises

If your primary concern is looks, then the S6 is the one. It even looks a bit like an S4 from the front, but it’s the addition of a glass back and an aluminium metal trim that helps bring it line with its rival flagships. The S6 feels much sturdier than the S5, less creaky and less prone to making unusual sounds when you press down hard on the touchscreen or back

That’s not to say the S5 is a bad-looking phone. If you can look beyond the naff faux metal trim, we’re actually fans of the soft-touch back after being so critical of Samsung’s glossy plastic approach in previous Galaxy handsets.

With those more attractive design changes comes some compromises. They’ll matter more to others but it could be a big reason why you might hold off going for the S6.

First off there’s the lack of a removable battery – more about this later – which, having used a few iterations of the Galaxy S series without ever picking up or thinking about getting a second battery, we don’t think is much of an issue. However if you frequently pack multiple cells, the fixed back and sealed-in battery are probably not going to go over well.

Next, and this is slightly more annoying, is the lack of MicroSD expansion. Yes – Samsung has released the S6 in multiple capacities ranging from 32GB to 128GB, but being able to stick in a cheap MicroSD card full of tunes or movies was always something we loved about Samsung’s phones. Even HTC managed to combine both in an all-metal design with an expansion slot, so why couldn’t Samsung?

Finally, the switch to a metal and glass build has seen the device lose it waterproofing abilities boasted by the S5. While it was nice to watch YouTube in the shower, the novelty soon wore off. But, not having to worry about whipping the device out to look for directions when the skies opened and pellets of water pitter-pattered on the screen was something far more useful.

Both the S5 and S4 really felt like phones that could take a beating; the S6 feels quite the opposite. It’s a precious jewel, rather than a hardy block of plastic. 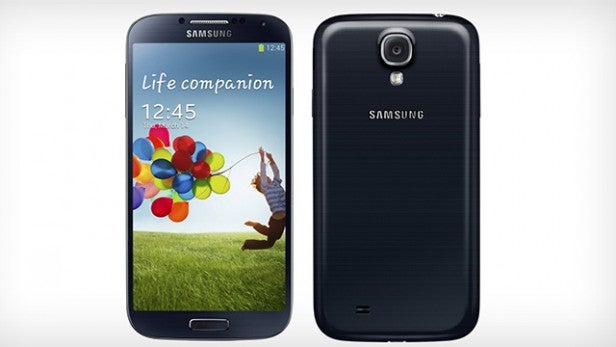 Battery life – You lose some, but win some

Now, we’re not sure about you but we would prefer phones to be slightly thicker but make it through the entire day without us reaching for the charger.

The Galaxy S5 has great battery life, as does the S4, so if that’s something you value, then go for the S5. Samsung decided this year to kit the S6 out with a smaller capacity cell with the task of powering a display that packs 4 times the number of pixels of the S5 and the S4. This was never going to end well. But, that’s not really the whole story.

What you do gain in the S6 is wireless charging. It works without a clip-on case and supports both Qi (the big hitter) and PMA (a slightly less common method) wireless charging standards, so you can juice up the device just by dropping it on a compatible pad. Or even a bedside lamp, thanks to IKEA’s new range.

There’s also Fast Charging, one of our favourite additions to the S6. When you plug in from the included adaptor, you’ll bag a couple of hours’ use from about a 30-minute charge. That means that even if you’re hitting the red by 6PM, 10 minutes on charge will easily get you through the rest of the day. 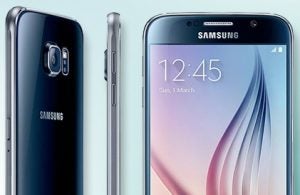 On the performance front, both the S5 and S6 are slick performers, but there’s one crucial thing that separates the two and that’s the presence of TouchWiz. If you can tolerate it, then with the help of the latest Android Lollipop update, the S5 is definitely an option here. If you hate Samsung’s Android overlay, then the S6 strips away the bloatware and leaves the bare bones to keep the software running silkily smooth.

Both the S5 and the S6 have fingerprint recognition sensors built into the home button where the S4 doesn’t. How useful is it? Well, not that useful until Samsung Pay mobile payments gets off the ground. For the time being it’s more about offering an alternative method of unlocking your phone. It was terrible to do on the S5 until the latest Android Lollipop update improved things immensely. Similarly, it works well on the S6 but it still sits inside the ‘gimmick’ box until the more interesting integration is added.

It’s a similar story with the heart-rate sensor built into the camera module. If you’re serious about your fitness, then stick to a dedicated tracker or sports watch. The whole S Health platform looks good, but ultimately it still needs a lot of work. 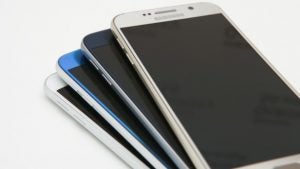 Should you upgrade to the S5 or S6?

This is a decision that is going to rest on price and whether you’re willing to give up some of Samsung’s staple phone features.

To put things into perspective, you can pick up an S4 for around £250, which is OnePlus One territory. The S5 has a going rate of just above £300, depending on where you look, which is not a major drop from its SIM-free launch price. Contracts are closer to £20 month, which is significantly more affordable than the S6.

S6 prices are floating around the £560-£600 mark for an unlocked handset, while you’re looking at about £40-50 a month, plus £50-100 for the phone, if you want to kick-off a new contract. Obviously prices increase as you add more storage with 3 currently selling the 128GB version for a wallet-busting £739.99.

On the features front, if you go from S4 to S5, you’ll get stuck with a similar design and screen, but you’ll gain a better camera, improved battery life and microSD card support to expand storage. Swap the S4 for an S6, and you’re sacrificing battery life and expandable storage for a significantly better-looking handset, an all-round better battery camera and a TouchWiz life that’s not so overbearing.

If you value less restrictive storage options and tinkering with the battery, then you can live with the S5’s shortcomings elsewhere. With the S6, you’ll be paying more and probably charging it more frequently, but you’ll be gaining one of the best phones available. Either way, you’re going to get one of two great, but not perfect, handsets.