The Samsung Galaxy S4 is the most famous Samsung phone of 2013, and probably the best-known Android of the year too. But is it the best?

The Samsung Galaxy Note 3 makes a pretty convincing argument for itself. It has a clever stylus and larger screen, but is it really the better phone? Let’s find out. 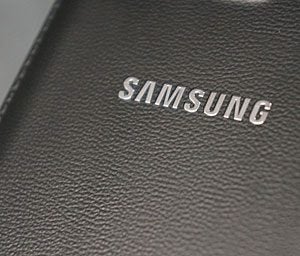 With an extra 0.7 inches of screen, the Note 3 was always going to be a bit bigger than the Galaxy S4. It’s roughly 10mm wider, which is undoubtedly the most important consideration here. The Note 3 isn’t ridiculously large like the 88m-wide Galaxy Mega 6.3, but it is a handful.

Samsung has also changed its design style a little with the Note 3. Where the earlier Galaxy S4 uses a glossy plastic finish (occasionally with a faux brushed metal look, depending on the phone’s colour), the Note 3 has a faux-leather effect rear with fake stitching. As it’s all a fakery, we imagine it’ll turn some people off, but it does afford the Note a less slippy finish than the Galaxy S4.

It’s not as dramatic a change as some people will assume, though. The Note 3’s back cover is still plastic – it just has a different, soft touch finish.

The Galaxy S4 is also significantly lighter than the Note 3 – at 130g instead of 163g. While the Note 3 isn’t a pain to live with, the lighter weight and less wide body make it a bit easier to live with.

The Galaxy Note 3’s display is basically a blown-up version of the display of the Galaxy S4. They both use high-quality Super AMOLED panels of 1080p resolution, but one has a 5-inch screen, the other a 5.7-inch screen. 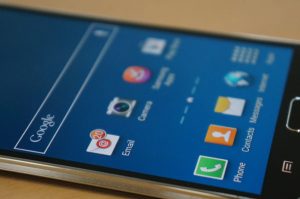 The similarities continue as you look further into the tech. Both phones use a diamond-shaped PenTile sub-pixel array, where the pixels share red and blue sub-pixels. In a lower-resolution screen this would cause text to look a bit fuzzy, but pixel density is high enough in both of these phones to make text and images appear sharp.

Look very close indeed and you can see a tiny, tiny bit of fuzziness in the Note 3’s text, but it’s minor enough to be considered a non-issue.

Image quality in these phones is roughly comparable – both are very good indeed. You also get some control over colour temperature. Within the Settings menus of these phones are options to cool down the temperature and saturation of the colours, in order to make them appear more natural. The default setting is slightly oversaturated.

The Galaxy Note 3 has a slightly more up-to-date version of Android than the Galaxy S4 at present – Android 4.3 rather than Android 4.2. However, aside from the additional functionality the S Pen brings, the phones are very similar indeed, software-wise.

TouchWiz brings a bucketload of features that you don’t get in vanilla Android, many of which aren’t all that useful – if we’re honest. You can scroll through text using a tilt of your head, or flick through pictures with a wave of your hand across the screen. You can, however, switch off the majority of the additional features if you find they get in the way.

The neatest extra you get with the stylus-equipped Note 3 is optical character recognition, which lets you write texts and emails with the pen on-screen as you would if you were actually writing on a notepad. It takes a little while to get used to, but works well.

The action memo feature also lets you search the web by writing a term, or call a number by writing it out and giving it a tap. Although it demonstrates Samsung’s usual approach of bunging in as many extra bits and bobs as will fit, we like Samsung’s execution of the Note 3’s S Pen stylus. It’s the best reason to buy a Note 3 over an S4.

Where the 2012 Note 2 shared its CPU with the Galaxy S3, the Note 3 does not have the same processor as the S4. It has a more powerful one.

The Galaxy S4 has a Snapdragon 600 processor running at up to 1.9GHz. The Note 3 has the next-generation model, a Snapdragon 800. It’s clocked at 2.3GHz, giving it that extra injection of speed, and has a faster GPU – the Adreno 330 in place of the Adreno 320.

The Snapdragon 800 is a pretty standard sequential upgrade rather than something like the Apple A7 chip of the iPhone 5S – which is a 64-bit CPU (these others are 32-bit chips) – but it is undoubtedly faster. In Geekbench it scores around 3000 points to the S4’s 2000.

As it common to all current Galaxy-series Android phones, the Note 3 and Galaxy S4 both have a memory card slot to let you add to the internal memory. The slots live under the phone’s battery covers, keeping them away from sight.

Samsung has made versions of both the Galaxy S4 and Note 3 topping out at 64GB, however, they’re not widely available in the UK.  The vast majority of Galaxy S4s here in the UK are the 16GB edition, and most retailers are stocking the 32GB edition of the Note 3.

Both of these phones have 13-megapixel cameras with single-LED flashes. They both have f/2.2 lenses too – a significant upgrade over Samsung’s f/2.6 lenses used in its top 2012 phones.

We thought these cameras would perform almost identically, but the Galaxy S4 has a slight edge in most situations. General image sharpness is slightly better (not by much) and macro performance is a shade better. 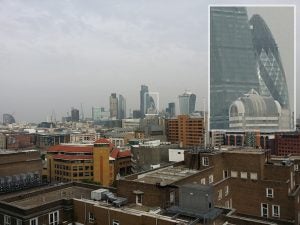 Low-light performance in the Note 3 is significantly worse. Samsung has removed the dedicated Night mode, and in our testing the Auto mode didn’t sufficiently compensate for low-light conditions. Dark shots appear pitch black until you substantially edit them with a photo program.

Which is better, the Note 3 or Galaxy S4?

The Note 3 is a more advanced phone than the Samsung Galaxy S4 in a number of respects. It has a slightly faster CPU, more RAM and a well-implemented digitiser and stylus combo. However, it costs a good deal more than the S4 at present and the larger body makes it a bit trickier to use. The Note 3 is great, but it’s not an all-out victory this time.