The Samsung Galaxy S4 was the most anticipated phone of the year so far. And now it’s here.

Its launch hasn’t been a disaster, but there are a bunch of issues that have cramped its style, or left some buyers a bit disappointed. Here’s the run-down of the most important problems.

The main version of the
Galaxy S4 sold in the UK is the 16GB edition. And thanks to all the
extra software Samsung has packed into the phone, the actual figure left
on is significantly cut down – just over 9GB.

Update: This issue has caused the Samsung Galaxy S4 a serious PR problem. It was flagged for investigation by Watchdog, the consumer interest TV show.

Knowing it could no longer just coast on by, Samsung responded to the criticisms suggesting it may be able to free-up some extra memory with software optimisation.

What this will entail in reality is a software update that will make some of the Galaxy S4’s extras optional, rather than installing the lot from the off.

All smartphones
have less user-accessible memory than the figure stated on the specs
list, but this is a particularly bad ratio for an Android phone. As the
Galaxy S4 has a microSD memory card slot, it’s hardly a deal-breaker for
most people, but remains an annoyance as the phone treats memory card
storage slightly differently to native internal storage.

However, some other platforms suffer just as bad as the Galaxy S4. All Windows 8 tablets have a similar chunk bitten out of their internal memory, thanks to the storage needs of the OS. 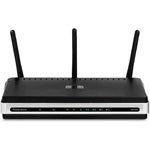 If you use a D-Link router, there’s a good chance your Galaxy S4 may experience Wi-Fi issues. Samsung has publicly admitted that the phone has a problem connecting with some models from the popular router manufacturer.

A Samsung spokesperson said, “This is a problem caused by firmware stored on a specific access point
in D-Link routers. Customers should update their firmware to the latest
version or reboot the access point.”

The specific routers that are most commonly cited as troublesome are the D-Link DIR-655 and DIR-855. If you’ve experienced Wi-Fi connectivity problems with the Galaxy S4, drop us a comment below.

Supply issues
The launch of the Galaxy S4 has been set back by supply issues, as is common with super-hyped tech gadgets these days. Samsung went as far as a release an official statement on the issue pre-launch – an exercise in damage control.

It said, “due to overwhelming global demand for Galaxy S4, the initial supply may be limited. We expect to fulfil inventory to meet demands in the coming weeks.” It’s a bit early to judge whether the supply issues will be irritating or catastrophic, but we doubt they’ll be anywhere near as severe as those that afflicted the Nexus 4, whose stock batches sold out in minutes for months.

No FM radio
A feature that most people don’t care about too much, yet some hate to see missed out of a phone is an FM radio. The Samsung Galaxy S4 does not have one. Following criticism from some fans about the move, Samsung actually commented on its decision shortly after the phone’s releae. It said that it had seen a trend toward digital consumption of content and that this is what the Samsung Galaxy S4 is all about.

So if you want an FM radio, you’re behind the times according to Samsung. Your best option is to use te BBC iPlayer radio app, although this will use up some of your mobile data allowance.

Its plastic rear is flimsy

By far the most common complaint about the Galaxy S4 is that it doesn’t feel all that high-end – in this respect it’s just like the Samsung Galaxy S3. It uses a thin plastic battery cover, rather than a closed unibody design like the HTC One or Xperia Z.

Most of the phone’s reviews – including ours – highlight how much more swanky an HTC One feels than the Galaxy S4. And Samsung finally seems to be taking notice. There are rumours that the Galaxy Note 3 will have a metal body, and even whispers that Samsung will make a metal version of the Galaxy S4.

Its camera is slow – and not a big improvement
The Samsung Galaxy S4 has an impressive-sounding camera, and it offers masses of features. However, we found that in use it can be slow to respond when changing modes, and occasionally glitched out in the heat of the moment.

It’s also not much of an improvement over the Galaxy S3’s camera. Its increase in sensor megapixels makes it sound like a huge step up over the 8-megapixel S3, but as they use the same size of sensor, performance is roughly comparable. As we saw in our comparison of the Galaxy S4 and HTC One, low-light performance is not good.

Here, you can only get hold of the Snapdragon 600 quad-core version. And benchmarks show that the eight-core edition is significantly faster.

Software glitches causing battery life issues
Although we haven’t experienced this problem ourselves, some Galaxy S4 owners have reported that the battery drains down quickly, even when the phone’s not being used. This is due to rogue background processes forcing the phone to work when it should be sleeping.

It’s a software issue, and one that’s fairly common in Android devices.

There are ways to combat this yourself, such as turning off Wi-Fi and 3G connections when you go to bed. However, what’s really required is a software update that puts these glitches to rest. During our review time with the Galaxy S4 we received an update – so Samsung is clearly working more-or-less constantly on S4 fixes.

Its display comes with niggles

The Samsung Galaxy S4 display is much, much better than the Galaxy S3’s. Its predecessor looks seriously sub-Retina in resolution despite having a 720p screen, top brightness isn’t that great and colours are oversaturated.

Samsung’s Galaxy S4 solves most of these issues, but it’s not perfect. The screen goes blue-ish when the phone is tilted, colours look oversaturated unless you change the colour settings and there have been some reports of the screen blurring with fast motion. This not something we noticed in our review sample, though.

Several features prove annoyances in use
Samsung’s strategy with the Galaxy S4 was to make the phone bigger and better – without making the thing any… larger. This entailed ramming as many features into the thing as it could.

However, in use this backfires a bit. Several of the features trip us normal phone use. For example, Air View – the feature that senses when your finger is hovering above the screen – tends to kick in accidentally, because where do you keep your finger when browsing? Yep, that’s right, hovering above the screen. Air View is largely irritating too – it lets you scroll through text by nodding your head, or the phone, up and down. It comes across as a superfluous gimmick. They’re just two offenders in the correctional facility that is the Galaxy S4.

These features can be turned off, but doing so robs the phone of its supposedly “new and exciting” features.

Do you think we’re being too picky? Or is there another issue we’ve missed out? Drop us a line in the comments.

Check out our top 50 Samsung Galaxy S4 tips and tricks.