The most important device to come out of IFA 2013 is the Samsung Galaxy Note 3. It’s a large-screen phone that doesn’t trip into the ridiculous size territory occupied phones like the Galaxy Mega 6.3.

It seems a pretty great alternative to the Samsung Galaxy S4. But how much of an upgrade is it over the Galaxy Note 2?

The Note 3 ditches the glossy plastic

Every recent high-end Galaxy device has used a glossy plastic rear. And it doesn’t feel too great, if you like your gadgets to feel like they cost the astronomical wedge you paid for them.

To combat this, Samsung uses a new leather-effect design in the Note 3. A faux-leather textured rear and stitching on the edges of the back panel make the phone much less shiny and slippy than the last model. It’s likely to be an acquired taste, but it is a step in the right direction.

The Galaxy Note 3 has a larger screen

With a bit of clever engineering, Samsung has managed to make the two phones feel roughly the same size, though, by cutting down the screen bezel and body bloom a little bit. Both phones are a wider than the Galaxy S4, though.

The size is particularly useful in these Note phones, as they both use a pressure sensitive S-pen that is based on Wacom technology. With it, you can use the Note 2 and Note 3 like – you guessed it – a paper notepad.

And it’s much higher-res

What’s a more important upgrade for image quality is resolution. The 720p screen of the Note 2 has been traded for a full 1080p screen.

However, both use the same screen type

The pixel density upgrade matters too, as the Note 2 was a little under what could be considered the ‘Retina’ standard, where pixels are so small you can’t see them unless you use some kind of magnifying tool.

The Note 3 is well into this territory. Both phones use the Super AMOLED screen type, which uses light-emitting pixels rather than a universal backlight. This lets the phones achieve excellent black levels and contrast, well in excess of what an IPS screen is capable of.

Super AMOLED screens are a Samsung staple, so it’s no surprise to see this tech used once again.

The S Pen Interface has been redesigned 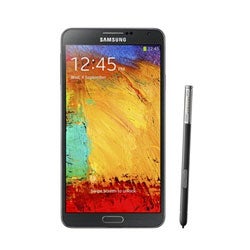 What makes best use of a large screen like the Galaxy Note 3’s is the S Pen stylus common to all Note devices. However, this time around Samsung has reworked the software that it uses.

It’s now based around something called Air Command. This is a little nav wheel you can pull up right by the stylus when it’s close to the screen, and it gives you easy access to the phone’s most stylus-friendly features. We’d like to see this added to the Note 2. But at the moment we’re not sure whether it’ll be transferred over.

Another standard Samsung feature is the microSD memory card slot used in all of the Galaxy-series phones. This’ll let you boost the phones’ memory without spending too much cash. Both Note phones have one.

The most common storage variant of the Note 2 seen in the UK is the 16GB edition, but Samsung is to drop this storage capacity in the Note 3. It’ll start at 32GB, cementing the phone as a true high-end device.

But the Note 3 is revved-up with 4G mobile internet

One other top-tier feature in the Note 3 is 4G (LTE) connectivity. The second Note arrived before this was common in phones, and it maxes-out at 21Mbps HSDPA internet. There was a 4G version of the Note 2 released later down the line, though. If you want this, make sure to pick up the N7105 edition rather than the 3G-only N7100.

As far as we know at present, all versions of the Note 3 will be 4G-compliant.

And it has a higher-end camera

Mirroring the transition from the Galaxy S3 to the Galaxy S4, the Note 3 has a 13-megapixel camera while the Note 2 uses an 8-megapixel one. Both use Sony sensors, both have LED flashes.

Although we haven’t had a chance to test the Note 3’s camera first-hand yet, we expect it’ll be able to produce much more detail-filled photos in good lighting than its predecessor. However, both will struggle in low light conditions as neither has optical image stabilisation or a particularly large sensor.

They’re solid snappers, but cameras were never a huge focus for the Note range. 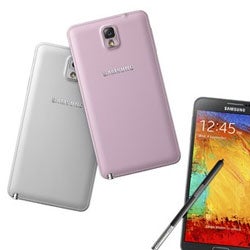 Core specs also show the kind of generational shift you’d expect with a year between product launches. The Note 2 uses an Exynos-series processor,  a quad-core 1.6GHz chip with 2GB of RAM. The Note 3 has been boosted up to Snapdragon 800 chipset running at 2.3GHz with 3GB of RAM.

Although the 2.5GB of RAM is an aberration – top-end Androids still use 2GB – the Snapdragon 800 chipset is starting to be used by several manufacturers. You’ll find it in the LG G2 and the Sony Xperia Z Ultra, for example. It’s progress by the numbers.

However, it is necessary. The higher-resolution of the Note 3 requires a bit more power – especially for games – and the Note 2 will really start to show its age over the next year.

There’s nothing jaw-dropping about the Note 3. It takes a successful formula and refines it, packing a more advanced screen into a body that’s functionally no larger than the previous model’s. We’re not convinced Note 2 owners need to chuck their phone in the bin just yet, though.

Next, read our Samsung Galaxy S4 vs Note 2 comparison