The Samsung Galaxy Alpha has finally been unveiled, and the timing and design make it clear that Samsung is gunning directly for Apple’s forthcoming iPhone 6.

But how does the Samsung Galaxy Alpha stack up to Apple’s current flagship smartphone, the iPhone 5S?

We compare the two phones to see how the metal handsets match up.

The Samsung Galaxy Alpha’s biggest talking point – indeed its very reason for existing is its design. It’s the first Samsung phone to adopt metal as one of its primary materials.

It still doesn’t match the iPhone’s premium design, though. The Alpha’s metallic chassis shows through in an exposed flat rim, which is a pretty blatant lift from the iPhone 5S itself.

Around the back, you get the same divisive soft-touch plastic material as we’ve seen on Samsung’s other efforts in recent years.

The iPhone 5S, for its part, still looks classy with an all-metal-and-glass construction. It’s a two-year-old design that has its roots in 2010’s iPhone 4, but it’s still one of the best around. 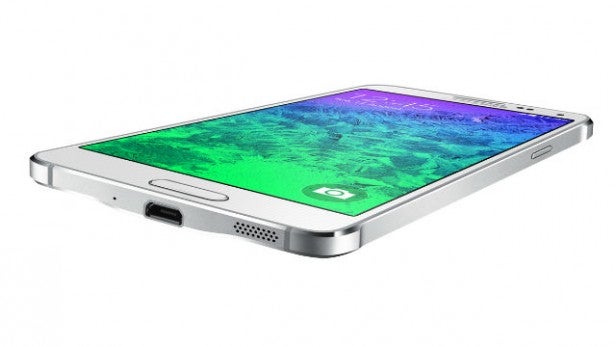 The Samsung Galaxy Alpha might be larger head-on, and with a much larger display (more on that in a bit), but it makes up for it elsewhere.

The Alpha is almost a millimetre thinner than the iPhone 5S, which is a significant amount, and it’s three grams heavier, which isn’t.

Samsung is evidently putting everything into creating a slim, light device without resorting to its usual mastery of plastic. Whether you like this approach or not, it’s good to see the world’s biggest smartphone manufacturer trying something different.

Here’s the first big sign of compromise on Samsung’s part. The company has scaled back on its large but beautiful 1080p displays to produce a 4.7-inch 720p Super AMOLED screen.

Of course, that still makes it significantly bigger than the iPhone 5S’s 4-inch display, while the Apple phone is only very slightly ahead on the sharpness front with a figure of 326ppi against the Alpha’s 320ppi.

Samsung’s mastery of Super AMOLED technology ensures that colours will be bolder and blacks deeper than the iPhone 5S, though Apple’s effort remains a superbly balanced display. 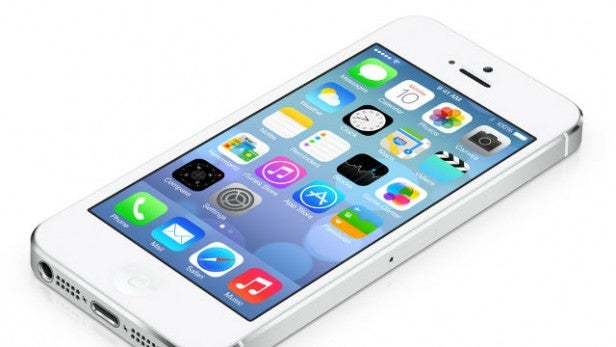 At first glance, it might look like the iPhone 5S trails the Samsung Galaxy Alpha by a significant amount when it comes to performance.

After all, the Apple A7 has half the cores of the Alpha’s Exynos 5 (two against four), is clocked 400MHz slower, and is backed by half the RAM (1GB as opposed to 2GB).

But that would be to misread the situation. Apple’s custom chip is a 64-bit beast with an advanced (despite its relative age) GPU attached, resulting in roughly equivalent performance. In fact, benchmark tests put the A7 ahead on browser and graphics performance.

Then there’s the fact that iOS tends to be less of a resource hog than Android.

Neither phone has a microSD slot, so expansion is out of the question for both.

The iPhone 5S comes with multiple internal storage options, including 16, 32, or 64GB. More range, yes, but you’ll pay a hefty premium for each step up the ladder.

The Samsung Galaxy Alpha, by contrast, is available only with 32GB of storage. 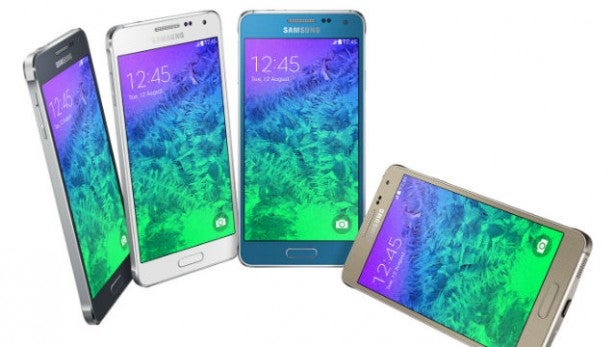 Again, the Samsung Galaxy Alpha would appear to hold the advantage here, with more megapixels to both the front and rear cameras.

However, the iPhone 5S has established itself as one of the finest all-round camera phones around at the moment, with crisp and balanced images, impressive shutter speeds, and an intuitive interface.

In fact, given that the iPhone 5S camera has proven itself to be as good as, if not better than, the Samsung Galaxy S5‘s camera – which appears to be a higher-end (16-megapixel) unit than the Galaxy Alpha’s – we’re expecting an iPhone 5S win here.

The Samsung Galaxy Alpha might be intended to take the wind out of the iPhone 6’s sails, but from what we can see it might even struggle to overcome the ageing iPhone 5S.

In its favour, the Alpha has a larger, brighter display, but this doesn’t have the resolution advantage that Samsung’s other high-end smartphones have.

Meanwhile the Alpha’s metallic design, while an improvement over past efforts, borrows wholesale from the Apple handbook without coming close to matching the iPhone 5S for sheer premium sparkle.

Of course, if Samsung prices the Galaxy Alpha as the classy mid-ranger it seems set to be, then that would swing things more in its favour. Right now, we know which metallic smartphone we’d be more inclined to choose and it’s the one from Apple.