Samsung buying BlackBerry: Here what it could mean for the two companies if a deal ever happens

Despite repeated denials from both companies, rumours persist that Samsung wants to buy BlackBerry.

It’s been claimed that Samsung has made an offer of $7.5 billion to acquire the company formerly known as RIM.

On the surface, this makes little sense. Samsung is the world’s biggest smartphone manufacturer, and is well known for covering every angle with its extensive handset roster led by the Samsung Galaxy S5 and the Galaxy Note 4.

By contrast, BlackBerry has fallen catastrophically from its position as the early smartphone pace-setter to a virtual irrelevance. Its iconic physical keyboard designs are now seen as a relic of a bygone age.

But there are several key reasons why Samsung might understandably and justifiably be interested in acquiring its Canadian rival.

Just because BlackBerry only represents a tiny percentage of the overall smartphone market, behind Windows Phone in most areas, doesn’t mean it isn’t an immensely valuable company. Much of its lingering value (and indeed its continued existence) reflects the fact that BlackBerry has some outstanding technology to its name.

In particular, BlackBerry has a formidable library of patents tucked away in its vaults.

That library runs to around 44,000 patents covering a broad spectrum of applications. Some, such as the company’s famed encryption technology, are licensed by major institutions such as the US government and various military organisations.

Samsung would understandably be interested in hoovering up the licensing payments that are being sent BlackBerry’s way, as well as adopting some of BlackBerry’s attractive back-end technology into its own offerings.

SEE ALSO: How to install Android apps on a BlackBerry 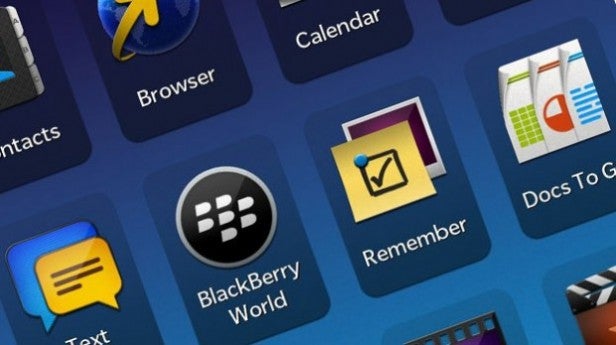 But there’s another reason why BlackBerry’s patent library would be attractive to a company like Samsung – Apple.

Over the past few years, Samsung has been plagued by repeated legal action from its great American rival, with Apple using its own considerable patent collection to attack Samsung in the courts. Even if Samsung did nothing with the BlackBerry brand or technology, its patents alone would strengthen its defence against its litigious rivals.

If that sounds fanciful, it’s arguably no less than what Google did when it acquired Motorola back in 2011, gaining access to its patents before selling the manufacturer on to Lenovo a couple of years later.

As we have just discussed, BlackBerry may have lost its lustre with individual consumers, but it’s a highly trusted brand in the corporate world.

That’s because many of those aforementioned patents pertain to advanced security features for sensitive areas like email, messaging, and data management. Those are all things that are of paramount interest in the lucrative enterprise sector.

Sure enough, BlackBerry handsets are still very popular with businesses around the world, while Samsung phones simply aren’t. It’s an area that Samsung desperately wants to crack, too. 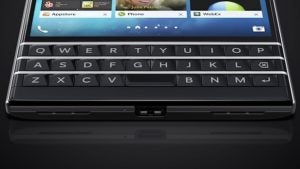 This can be seen by the fact that the South Korean company has really pushed its own security system, Knox, in recent years. However, the take-up by enterprise customers hasn’t been particularly enthusiastic, with BlackBerry and Apple continuing to lead the market.

Indeed, Apple’s success in the enterprise field is a major reason in itself for Samsung to want to buy BlackBerry. It would represent an instant way to compete with Apple in an all new area.

Another reason Samsung might want to buy BlackBerry will probably comes as a surprise to some. Samsung may well want the company’s BB10 operating system.

Why on earth would the world’s biggest smartphone maker want a third rate operating system? Well, the first point to note here is that BB10 is not a bad operating system by any means. At worst it’s a solidly capable OS that looks a little drab next to the flashier, better supported iOS 8 and Android 5.0.

Its interface, handling of messages, and of course security are very good indeed. You can even use Android apps on it without having to jump through hoops.

BB10’s failure is tied into the diminished BlackBerry brand and its own lateness to market compared to those aforementioned rivals. 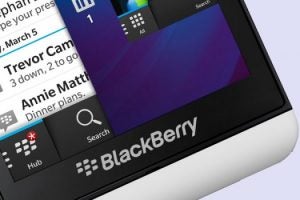 Given a little Samsung rebranding and the full weight of its marketing and distribution team, a revamped BB10 could form the basis of a strong fourth option in the market.

And make no mistake, Samsung wants to create such a thing. The company can barely hide its frustration at having its smartphone success tied to Google’s Android OS. It wants to be like Apple, controlling the whole smartphone experience – hardware and software.

To that end, Samsung has tried transforming the look and feel of Android almost beyond recognition with its TouchWiz UI – and has been forced to roll its excesses back in recent times. It’s also tried launching its own OS in Tizen, with numerous problems and limited success to date.

Let’s face it – Samsung’s strength has never been its software. The question is, where on earth is a cash-rich tech company to get a pre-built, fully formed, solidly performing OS from?

A certain struggling Canadian company might have the answer.

The final point to discuss isn’t necessarily a reason why Samsung would want to buy BlackBerry, but rather a reason why such a move would be plausible.

Indeed, when asked about the rumours concerning a potential take-over, Samsung co-CEO JK Shin said “We want to work with BlackBerry and develop this partnership, not acquire the company.”

“BlackBerry is one of our important business-to-business strategic partners.” 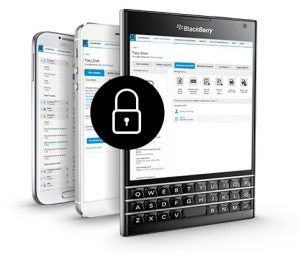 Back in November, the two companies announced a surprise deal that positioned BlackBerry Enterprise Server 12 as an alternative to Samsung’s Knox platform on Samsung tablets and smartphones.

It doesn’t take a great leap to go from this symbiotic relationship to a situation where the bigger partner swallows the little one. The necessary relationships have already been forged, mutual good will exists, and any transition would presumably be all the smoother for it.

Do you think Samsung buying BlackBerry is a good move? Weigh in with your thoughts in the comments section below